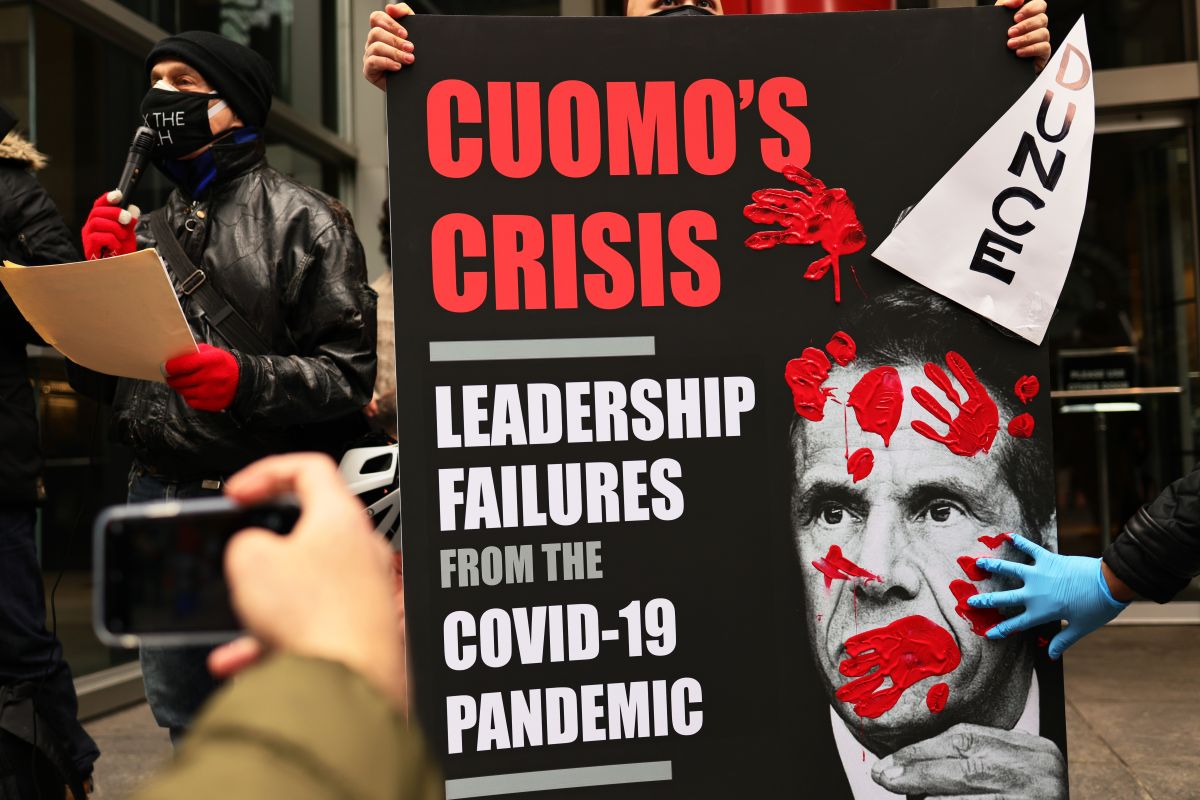 A new scandal has added to the long list of veteran Governor (D) Andrew Cuomo, reluctant so far to resign.

The state’s top-secret ethics panel – Joint Commission on Public Ethics (JCOPE) – suggested Friday that it is now also investigating formal complaints that Cuomo used government personnel to help him write his criticized memoirs praising his management during COVID, published in October under the title “American Crisis: Leadership Lessons from the COVID-19 Pandemic.”

Previously Cuomo had been pointed out, in chronological order, supposedly: discharge elderly patients from hospitals, which has been linked to thousands of underreported coronavirus deaths among nursing home residents, employees and visitors; sexually harassing women; and to use their influence to privilege the access of those close to them to coronavirus tests last year.

After a private session of two and a half hours, Monica Stamm, attorney for the Commission, issued a statement yesterday saying that the panel “discussed” and authorized steps on “unidentified investigative matters.” He declined to identify the issues, but the unusual JCOPE emergency meeting was called following fresh allegations of alleged abuses of power by Cuomo during the pandemic. New York Post.

JCOPE went into private session a few minutes after Commissioner George Weissman read a statement complaining that he and other Republican members of the panel were denied information on important issues. “Commissioners are now being told that denying confidential or other information is confidential in and of itself,” he said.

Several current and former government employees said Thursday to the Times Union that they “did not volunteer” as stated, and that their work on Cuomo’s book was “expected”, despite not being an official assignment. “It was not optional,” said an anonymous former assistant. “It was considered part of his job… Everyone knew that you did what was asked of you and opting out was never really an option. “

The handling of Cuomo’s book was problematic from the beginning, Commissioner Gary Lavine stated. “This it was illegal in my opinion… Legislators appointed to JCOPE did not get the information. It is incorrect. It is inappropriate ”.

When cuomo published the book, at the height of its popularity in polls, was described in its press release as a “remarkable portrait of leadership during the crisis and a stark history of heartbreaking decisions that point the way to a more secure future for all of us ”.

Many relatives of the deceased immediately criticized the book’s release and some did a symbolic burn in brooklyn, Calling him inconsiderate, smug and hasty, while the pandemic continued and still wreaks havoc.

In addition, in Cuomo’s management on COVID-19 it was learned that limitated their contacts with the federal government to discuss solutions, in the middle of their fights with then-president Donald Trump, still being NY by far the state most affected by the pandemic, in deaths and economic losses.

During autumn, State Attorney Letitia James claimed that the Cuomo government was not illegally obstructing the disclosure of information repeatedly requested from Washington by the Department of Justice (DOJ), on deaths in the elderly. But this year James did order an investigation into allegations of sexual harassment against the governor.

In March, the publisher Crown Publishing Group stopped promoting the book, citing allegations that the governorate had covered up COVID-19 deaths linked to nursing homes.

Several current and former Cuomo staffers, or people speaking on their behalf, told the Times Union the work was expected within the culture of Cuomo’s office, and that book-related assignments were made in the context of normal daily duties. https://t.co/HSG73BYHeG