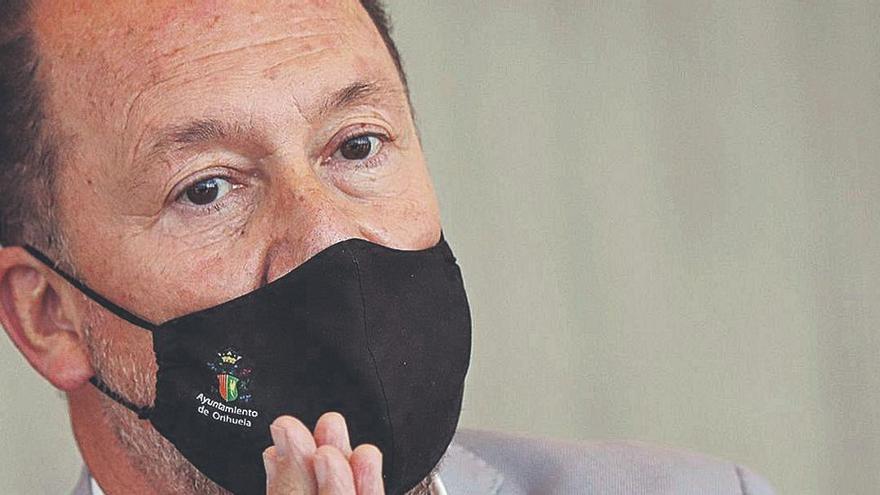 The imputation of the mayor of the PP of Orihuela, Emilio Bascuñana, It is a fact, contrary to what his partner in the Corporation maintains Rafael Almagro, and the process in which he is investigated for a crime of embezzlement is well advanced and not at the beginning, compared to what he maintains Juan Francisco Pérez Llorca, general coordinator in the province of the PP, who has opened an information file to the councilor for this cause.

In fact, the citation of Bascuñana as investigated, agreed by the magistrate who instructs the procedure for the end of this month, takes place after other proceedings have been carried out and witnesses have already appeared. Between them, whoever territorial director of Health from November 2008 to 2015, José Ángel Sánchez Navajas, who has stated that as soon as he took office, he told Bascuñana that he did not need him (as a supposed health advisor) and that he should return to his position as family doctor.

In this criminal process It is investigated if the popular politician received a public salary without doing anything during a period of time that in the best of interpretations for the accused would be around the four years and for which he pocketed in total more than 202.000 euros. An investigation that began after the complaint filed by the Ministry of Health and in which since the end of 2019 the delegated prosecutors of Anticorruption in the province have been working without in this time having found evidence that Bascuñana was effectively carrying out the task for which payment.

Moreover, before the prosecutors filed the complaint against the councilor for embezzlement of funds in the senior court of Orihuela, they urged him to provide proof of the work he was doing, which would have led to the file of the case instead of its prosecution. But it did not contribute anything.

Bascuñana was assigned to the territorial directorate of Health in Alicante in October 2007, a situation that was extended until 2013 without any resolutions that justified it beyond 2008, without there being any evidence of the work he performed and without even having a office where to develop it.

In the statement that the mayor gave for these events accompanied by his lawyer, he assured that his tasks were those of “advice, collaboration, coordination and support,” that it did not have an office because it operated “from anywhere” and that there are no reports that corroborate this activity because, despite claiming that he teleworked, “he did not do them in writing.”

The assignment of the investigated person to the territorial direction of Health was dictated in October 2007 by the also Oriolano Juan Cano, then general director of Human Resources of the Ministry, who a year later extended it for another without a proposal.

Telecommuting without a trace

Emilio Bascuñana justifies that he did not have an office because he teleworked, but he has not provided any report that he made because he assures that “he did not state them in writing.”

The investigations that Health carried out found that at least until January 2012 Bascuñana did not carry out any activity and The investigation that Anticorruption has been carrying out since the end of 2019 has not made it possible to find out what the PP politician did between November 2009, when the extension of the secondment expired despite the fact that the territorial director had asked him a year before he left, until the 24th. January 2012. On this date, the first record appears on the card where all the activity carried out by the inspectors is recorded, a function of which he assures that he found out he had from the statement of the file instructor who opened Health and that it had to be filed by prescription.

The PSPV demands that Mazón take “immediate measures” with Bascuñana

The general secretary of the PSPV-PSOE of the province of Alicante, José Chulvi, demanded the president of the Diputación and president of the PP in the province, Carlos Mazon, to take action “immediately” with the mayor of Orihuela, Emilio Bascuñana, after his indictment for a crime of embezzlement for, allegedly, charging more than 202,000 euros as a Health advisor without carrying out any activity. “Mazón cannot delay the decision any longer: keeping those who take advantage of everyone’s money means, in practice, rewarding corruption,” he maintained. In Chulvi’s opinion, «Mazón’s inaction is embarrassing and insulting towards all the people of Alicante, whose money has paid Bascuñana’s salary without him lifting a finger ». The socialist leader has criticized that “in his runaway career for the leadership of the Popular Party, Carlos Mazón is proving to be capable of anything and has no problem in rooting with all ethics in order to guarantee his share of internal power.” In Chulvi’s opinion, “it is unfortunate that the PP considers Mazón a new political value, when his action is just one more sample of the ways of the usual PP, the one that turns a blind eye to corruption.” The PP has opened a file to Bascuñana based on what its statutes say for this situation with a cause that is in the investigation phase.