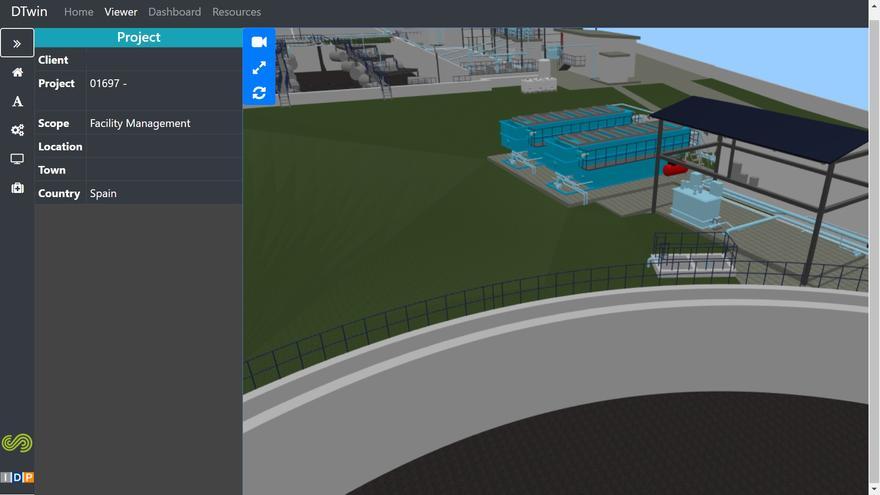 At a time when commitment to digitization is evident in companies of all sectors, it is worth wondering what this digital transformation contributes to resource management companies such as Water, essential and at the same time scarce.

Beyond the digitization that the user perceives directly, in areas such as Customer Service, companies like Alicante waters They have been on this path towards the digitization of their infrastructures for more than two decades. Thus, the company’s commitment to urban innovation has since been one of the cornerstones of the service it provides in the six municipalities of the province where it manages the integral water cycle (Alicante, Sant Vicent del Raspeig, Sant Joan d’Alacant , El Campello, Monforte del Cid and Petrer).

Technologies that today are part of our daily life as citizens, such as Google Maps or the GPS system of our vehicles, were something absolutely “revolutionary” at the beginning of the 90s. At that time, Aguas de Alicante already implemented its Geographic Information System (GIS or GIS), one of the company’s central information systems from a technical point of view, around which many others are articulated.

Through this GIS, the organized integration of hardware, software, geographic data … allows you to capture, store, analyze and display geographically referenced information in all its forms, allowing to solve complex planning and management problems. Thus, thanks to the GIS in the management of water distribution, the company meets two essential objectives: the management and operation of infrastructures (assets) and the consequent customer service.

The system is capable of registering all the infrastructures managed by the company and information regarding them (installation dates, leakage history, images …) and, in addition, it has a spatial intelligence that includes the relationship between the registered elements (for example, how some pipes intersect with others …). With all this data stored in the system, both geolocation and information on infrastructures, GIS becomes an “oracle” capable of answering the most complex questions, thanks to its ability to combine all the information at its disposal.

If we take into account that Aguas de Alicante manages an extension of 2,200-kilometer distribution networks (total of the 6 towns mentioned; 1,100 kilometers in the city of Alicante) and 800 kilometers of sanitation networks (in the towns where the sewer system is managed: Alicante, Sant Joan d´Alacant and Monforte), the information provided by GIS for its renovation becomes essential work tool in pursuit of efficiency in its water management, since those 3,000 kilometers of networks run through the subsoil of our cities, aging out of sight of those who are in charge of their maintenance and renovation and, in addition, under different circumstances each one of them (materials, hydraulic conditions, leaks or problems that they have experienced in their useful life …).

Thus, thanks to the resources provided by the GIS system, the company can plan intelligently the renovation of these infrastructures, before a negative event impacts the daily life of the citizen (breaks, leaks …), also having other useful modules such as, for example, the one that informs about which customers and for how long their service will be affected with each work planned by the company, automating the prior notification of the incident to the affected population.

The GIS of Aguas de Alicante is also a “open” geographic information system; the company shares all the information about the networks managed with the town halls and municipal services, through an online platform. In this way, and in the event of any type of work carried out in the city, its manager can consult the company’s assets georeferenced in the system, so that they are not damaged during the work. Thanks to the eWise platform, it is possible to optimize and speed up the provision of information on water and sanitation networks to those planning a work in the city.

As a company that understands innovation and digitization as a “living” process in constant evolution, Aguas works day by day on future projects. Example of them is BIM implementation project, whose development will allow, with the same concept as GIS, to record information on those infrastructures with whose 3D vision management will be facilitated: tanks, treatment plants or others that require a visualization of their volume.

Thanks to all your journey in digitization, Aguas de Alicante achieves a real benefit in terms of optimized resource management, facilitating decision-making within the company, monitoring the performance of infrastructures, and identifying priorities and areas for improvement, a transformation from which the user ultimately benefits, thanks to a constant improvement of the service offered by the company .