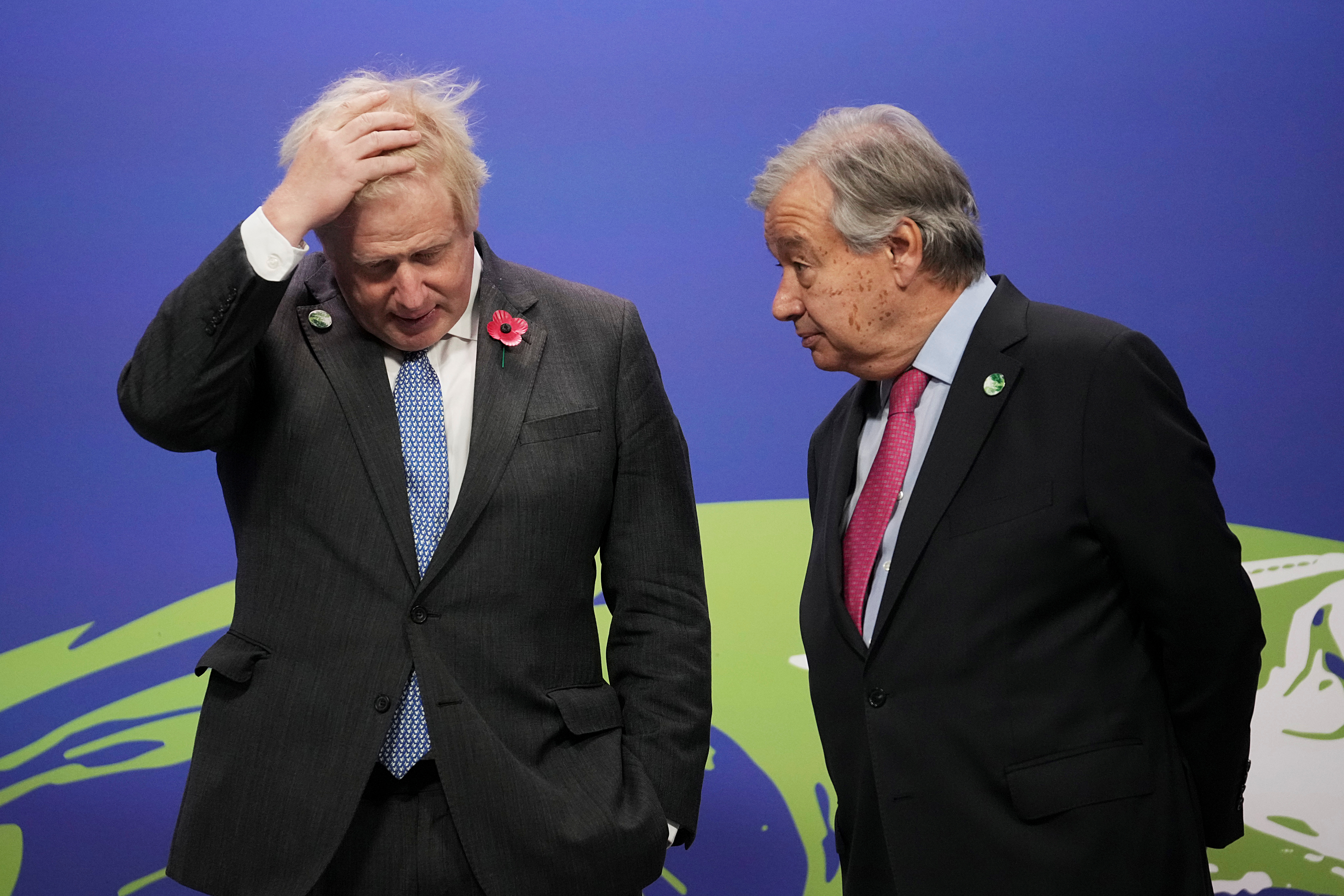 The Secretary of the United Nations (UN), António Guterres, has warned world leaders present at the opening ceremony of the Glasgow summit that humanity is “digging” its own grave due to the increasing pace of emissions of greenhouse gases in which humans have been immersed since the Industrial Revolution. “Enough of treating nature like a toilet,” he reproached. “Enough burning, drilling and mining our way,” he added in reference to fossil fuels, the main responsible for these emissions and the food of the world economy since that Industrial Revolution.

The Glasgow summit opens its most political day on Monday, with speeches by the main world leaders. It comes preceded by a shadow of pessimism and disappointment, after the countries that make up the G-20 (responsible for 80% of planetary emissions) limited themselves in Rome to reaffirming the global commitment against climate change agreed six years ago in Paris. , without offering new details or demonstrating greater ambition.

Guterres has urged the around 120 world leaders present at the Glasgow summit to review their emission cutting plans on an ongoing basis. “Not every five years. Every year”. Because the efforts that are on the table now, although they have been reviewed in many cases, fall short. The objective of the Paris Agreement is to ensure that the increase in temperature remains between 1.5 and 2 degrees compared to pre-industrial levels. That is the safety cushion that science sets to prevent the most disastrous warming. But the planet is already 1.1 degrees warmer than before the Industrial Revolution and the cut plans that the almost 200 nations that signed the Paris Agreement have presented lead to an increase of about 2.7 degrees.

“Countries should review their national climate plans and policies,” Guterres insisted. “Until it’s assured to stay at 1.5 degrees, until fossil fuel subsidies end, until there is a price on carbon dioxide and until coal is phased out.”

“There is one minute to midnight,” UK Prime Minister Boris Johnson warned the summit participants. Your country is chairing COP26, the biggest diplomatic gamble of the post-Brexit era. In recent days, the British Government has tried to accelerate the pressure so that the Glasgow meeting does not end up being a failure. “We must move from the statement and debate phase to that of real and concerted action around the world on coal, cars, finance and trees,” Johnson said. A government like yours, so given to slogans, has found the perfect combination for this summit: Coal, Cars, Cash and Trees (Coal, Cars, Money and Trees). That is to say, an acceleration in the definitive end of coal consumption; consistent advances towards electric vehicles; more funding for the energy transition effort of emerging nations; and more reforestation to capture carbon dioxide from the atmosphere. “The promises the world made six years ago in Paris are beginning to sound very hollow,” Johnson warned from Rome on Sunday.

These are some of the concrete commitments that the UN has been asking countries for years to cope with warming. And it is hoped that promises to abandon coal or put an expiration date on combustion cars are expected from the Glasgow summit. Also, as Guterres recalled, it is necessary to complete the development of the Paris Agreement. Specifically, that the application of Article 6, which refers to carbon markets as a tool to fight against warming, be finalized.

During this summit, the number of countries that commit to achieving net zero emissions by mid-century is also expected to increase. This means that they could only emit gases that can be captured by nature (forests and oceans) or by technologies that are now experimental. Achieving zero emissions by mid-century is precisely the path that Paris sets to stay between 1.5 and 2 degrees. Just before the start of the summit, the US has presented its plan to meet that goal in 2050. But Guterres recalled this Monday that “there is a credibility deficit and an excess of confusion about emission reductions and zero targets. emissions, with different meanings and different metrics ”. Because many promise that emissions neutrality by 2050 without a clear path to reduce their greenhouse gases is traced for this decade.

Although the Paris Agreement is primarily concerned with actions to be taken by acceding States, many sub-national companies and public bodies are also promising net zero emissions. As with countries, these ads are unclear in many cases and the fear is that they are mere advertising strategies. Guterres explained in his speech this Monday that he will establish “a group of experts to propose clear standards to measure and analyze the commitments of net zero emissions of non-state actors.”

Emissions mitigation is the central focus of these summits. But the other major leg of discussion is climate financing, whereby developed countries, the main cause of global warming due to their historical emissions, must help the poorest states economically. The commitment was to reach 100,000 million dollars (86,000 million euros) of climate finance in 2020. But in 2019, according to OECD calculations, 79,600 had been mobilized. And a recent report led by Germany and Canada recognizes that the goal of $ 100 billion will not be reached until 2023. In addition, many non-governmental organizations question the incidence of these funds and criticize that a great majority of the amount corresponds to loans and not to non-repayable aid.

This unfulfilled promise makes some developing countries that emit more and more are reluctant to put on the table ambitious targets for reducing their gases, as is the case of India. Guterres has assured that “it is essential to restore trust and credibility” that the goal of 100,000 million is met.