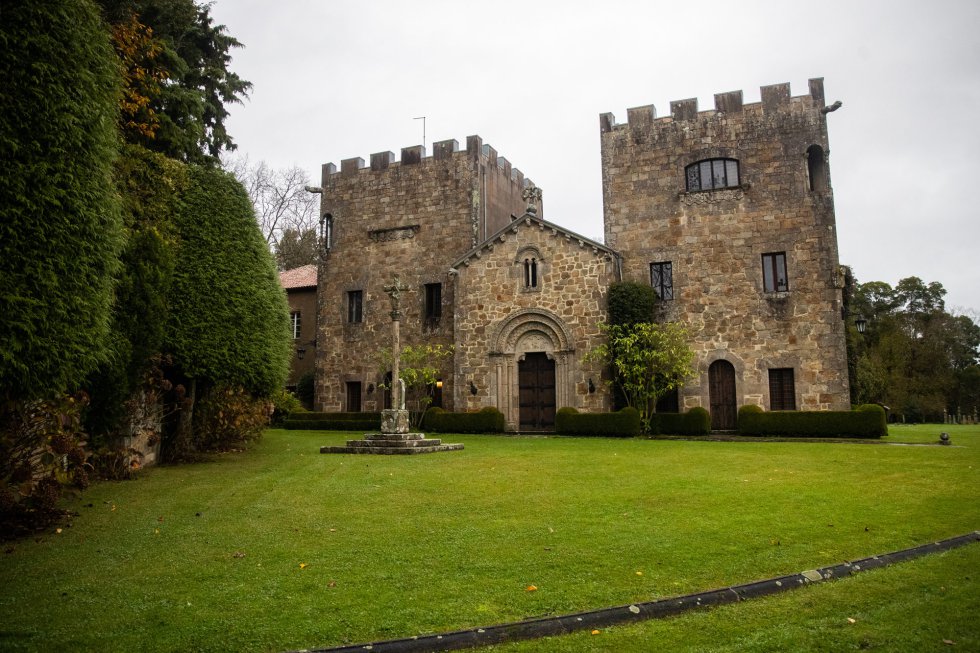 Accustomed to erecting buildings made of words, a writer is sometimes tempted to build a real one that stands firmly on the ground, occupies a tangible place in space, an exact coordinate on maps. Unlike any other profession, in writing there is hardly any deal with instruments and material things – even the old sheet of paper is now a white rectangle illuminated on a screen – so those who dedicate themselves to it often feel a nostalgia or envy of everything that is tangible, which requires manual skills beyond the single and very simple of pressing the letters on a keyboard with the fingers. The printed book is undoubtedly, at least for now, a physical object. But when the book reaches their hands, the one who spent so much time writing and revising it already tends to feel it far from himself, or to look at it with less complacency than remorse, if he has any critical sense. What worries him now is not that rare object that bears his name on the cover, but another chimera that may have already begun to form, the promise of another book that is truly original and in some irrefutable way, another future building of words, a castle in the air of imagination.

But one day the writer, the writer, decides to build a real house, with foundations, walls, rooms, views of proximities and distances; a refuge against the elements of the world and against the insecurities and incurable phantasmagories of his own profession, a workplace that is also a place of rest and escape, a well-defended tower in which to live surrounded by the shelves of a library, like the circular tower of the Monsieur de Montaigne. When he had already built a considerable part of the worlds of his literature, Pérez Galdós had his house built in San Quintín, on a shady hillside facing the Santander sea, and put the same care in the plans and details of the decoration that put in elaborating the plot of a novel, or those long narrative threads that made up the sequences of the Episodes.

With the sometimes large but always uncertain earnings from books, Galdós paid for his recreational and study trips to Europe, his love affairs, the construction and maintenance of that house facing the sea that was more modeled according to his wishes. because it included a garden and an orchard. In Madrid he had the burdens of social life, theatrical premieres, politics. He took the train before the summer had started and left for Santander until well into the fall. As he was a man with a great talent for enjoying life, his home in San Quentin allowed him to concentrate on solitude and writing, as well as the company of family and friends and the wildest pleasures of nature. and the garden, in which both the cultivation of vegetables and the company of animals imported.

A self-made man, and without deep roots since he left the Canary Islands in adolescence, Pérez Galdós chose Santander out of pure personal affinity and the warmth of some friends, and raised his San Quintín from nothing, just as he founded the Modern novel in Spanish in the wasteland of a country where Cervantes had been the first of all novelists and also the last, because his innumerable heirs were mainly in England and France.

Emilia Pardo Bazán, who came from a family with archaic coats of arms, built her house, and in it her own room, on the land of her origins. She was influenced by European romantic historicism, and by the example of Walter Scott in Scotland and Victor Hugo and Chateaubriand in France, and perhaps she imagined for herself a posterity of posthumous admirer pilgrimages like the one she had seen these writers enjoy: that Enlightened and secular piety of those who visit the places where a novelist or poet lived and are moved by seeing their desk, their papers, the window through which they looked when they were distracted from work. Pardo Bazán built his Torre de Meirás in a neo-medieval style that was entirely contemporary in its time, just as he embraced Zola’s naturalism and the ideals of emancipation and female equality that came from Mary Wollstonecraft and John Stuart Mill, whose books were in his library (there were also those of Thoreau and Emerson, and a large part of the European novel in its original languages).

In the catalog of the splendid exhibition that is now dedicated to him in the National Library, curated by his biographer Isabel Burdiel, J. Ángel Sánchez García and Cristina Patiño Eirín write highly documented essays on the efforts that Pardo Bazán took to build his house and order your books. To the San Quintín de Galdós the letters in torn and tiny handwriting and the books dedicated to his former lover arrived, and to the Tower of Meirás, the letters and books of Galdós. Intense, brief and never forgotten love and fraternal militancy in literature outweighed political differences. They had both suffered the bitter Spanish attacks of disqualification and sarcasm, she to a greater degree still, because she was a woman. As he aged, Galdós became politically radicalized, embraced republicanism, and joined forces with Pablo Iglesias. Also radical in his feminism, Pardo Bazán settled in the most conservative areas of the Restoration. The one and the other never stopped writing or intervening in public debates and each continued to perfect their respective houses, their San Quentin or their Meirás, the two towers of firmness against the elements, the terrifying uncertainties and shocks of a country. in which civil serenity is as precarious as literary recognition.

The house that Galdós had loved so much was demolished; his papers, his furniture, his pictures, his books, all scattered. Only the tile with the name remains from San Quintín. The large and generous library of Emilia Pardo Bazán ended up serving as wall decoration in the residence of an obscurantist tyrant less fond of reading than praying the rosary and watching football on a mean black and white television. The literary pilgrimages are designed for less inclement countries. The only firm thing the two built were their houses of words.