Although April Fools’ Day isn’t a Thai tradition, to begin with, every year businesses and brands have jumped on this good-natured humour bandwagon with their out-there ideas for products and services. And I must admit some of them are simply brilliant that I wish they were true. Here’re a few memorable April Fools’ Day jokes I wish they could just be real for your entertainment.

Last year, Burger King Thailand made a really timely joke that killed two birds with one stone, namely April Fools’ Day 2021 and Qing Ming Festival, which is called “gong tek” in Thailand. Thais of Chinese descent pay respect to their ancestors by burning paper offerings that replicate items in the real world in the hope that their ancestors get to use them in the afterlife. These offerings range from money, clothes, accessories to condos. 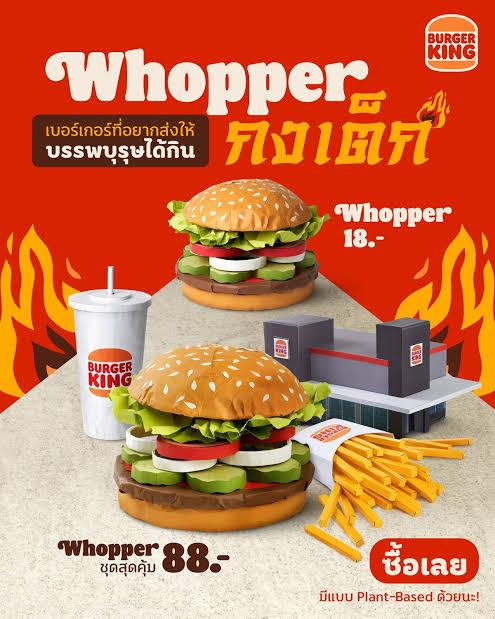 Dubbed “Burgers You Want Your Ancestors To Eat”, Burger King’s famous flame-grilled Whopper was turned into a paper offering for the very affordable price of B18. It was also offered as a value set for B88 (number eight is auspicious in Chinese culture so people behind the joke did their homework) along with French fries and a tall drink. I also noticed a miniature Burger King shop in the artwork, which doesn’t surprise me much since I’ve already seen a paper Starbucks shop.

All in all, this idea makes so much sense if they are available for real, given the sizeable proportion of Thais of Chinese origin in this country. Go to Yaowarat, shophouses around Wat Leng Noei Yi to be more precise, and you’ll see so many paper offerings made to replicate sophisticated items like skincare set and gadgets. Paper burgers from the famous fast food chain are just another step in the paper offering evolution. These paper burgers may not be as popular as Omega x Swatch collection but I bet there’ll be a long queue. It’s impossible for me to vouch for the whopper’s taste but on creativity and feasibility scores I’ll give it a 10.

The tuk tuk or motorised tricycle has become an icon for Thailand’s tourism despite the fact that this open-air mode of transportation hasn’t been popular with the locals like it was used to. Grab “introduced” a new service called “GrabTukTuk” as a April Fools’ Day joke in 2016. However, I think it’s a great idea to revive the tuk tuk‘s popularity since you have to use your bargaining powers to negotiate a price before getting into a tuk tuk. That’s where Grab comes in so you know how much you have to pay the driver before you get on. In June 2019, Grab launched Grab TukTuk (Electric) service for real in Chiang Mai. It’s time for the tuk tuk to join a ride-hailing app and get with the programme. Make tuk tuk cool again! 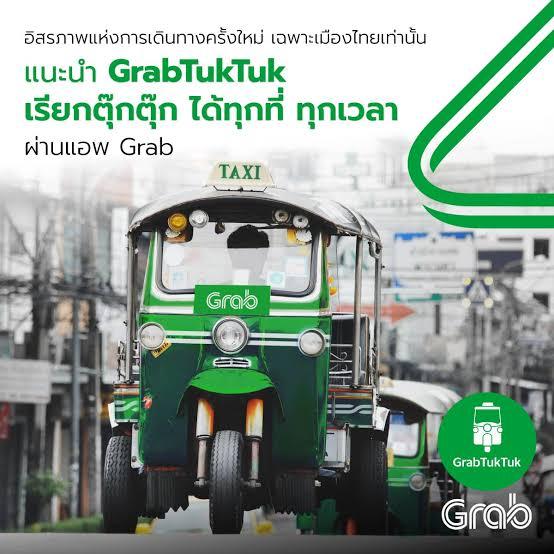 Swensen’s Thailand unveiled khao gaeng flavours on rice ice cream as an obvious joke on April 1, 2021. But if you think they were serious at first, I wouldn’t blame you, given other curious creations Swensen’s have introduced like ramyon bingsu and kakikori served in a hot pot bowl. The fictitious ice cream is made of rice and you can add toppings to it with the likes of kaprao spicy, tom yum hot fudge, prik gaeng pork chunks and bai liang and egg. But if they were real, the possibilities would be endless since khao gaeng is an umbrella term that contain so many savoury dishes and curries underneath it. This idea could be our version of weird flavours of the Japanese soft serve. 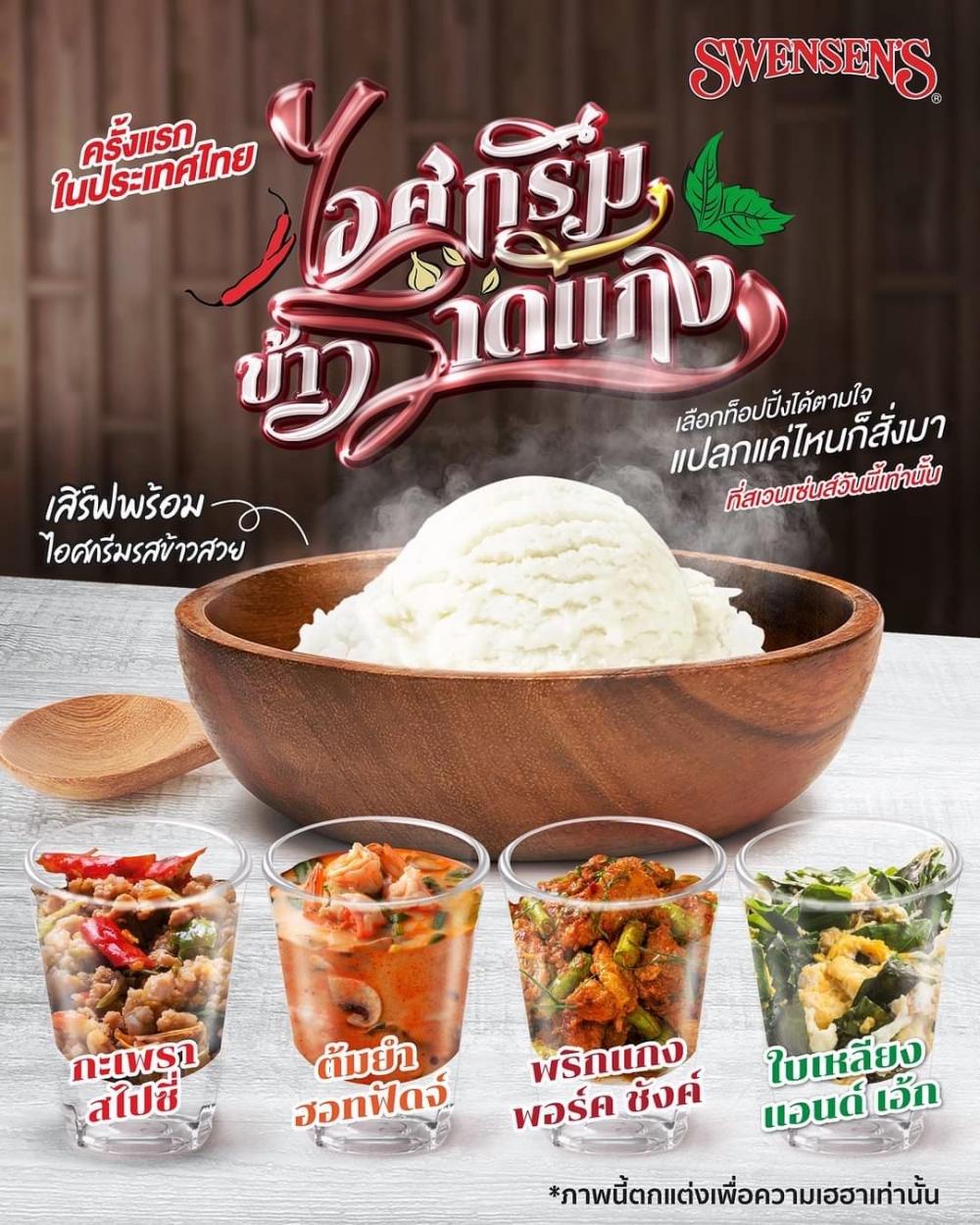 Kit Kat put a sweet and savoury spin on April Fools’ Day joke in 2017 by announcing four very Thai flavours inspired by four regions of Thailand. They were tam sua from Isan, grilled pla too from the Central Region, sai oua from the North and sator with shrimp from the South. While I’m not so sure about mixing savoury dishes with chocolate, I bet these would be sought-after souvenirs for tourists, as well as novel hits with the locals. This idea has a real feasibility too since Kit Kat Chocolatory was set up for only three days from Apr 8-10 in the same year to offer flavours such as mango and sticky rice, som tum, durian and rose tea. Thailand’s exclusive flavours of Kit Kat would be a nice addition to quirky souvenirs next to fish-shaped rubber sandals, don’t you think?