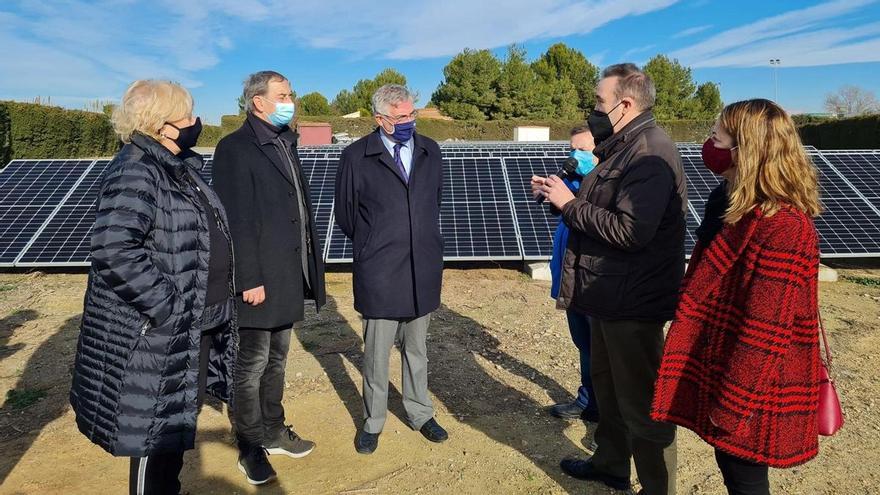 The energy efficiency program promoted by the Aragonese Water Institute provides for the placement of photovoltaic panels in 23 treatment plants, which will mean a reduction in CO2 emissions estimated at 500 tons per year. In this way, these installations will also be able to reduce the amount of energy they consume from the conventional network.

This has been explained by the Government of Aragon on the occasion of the visit of the Minister of Agriculture, Livestock and the Environment, Joaquín Olona, ​​to the Binéfar wastewater treatment plant (WWTP), one of the four where solar panels have already been installed within the aforementioned program to improve energy efficiency.

The regional Executive has indicated in a press release that, since 2019, the Aragonese Water Institute has included environmental criteria in the tenders for its service contracts for the management of treatment plants, with the introduction of improvements in efficiency and environmental sustainability. One of the options to better score the bids is for the contractor to propose the use of renewable energies.

The Minister of Agriculture, Livestock and the Environment, Joaquín Olona, ​​has said that the objective is to improve the environmental sustainability of the purification facilities, “thus having a new source of renewable energy that allows reducing electricity consumption from the conventional network and at the same time reduce CO2 emissions”.

“This is a great example of the challenge that the Government of Aragon has set itself the goal of reducing diffuse emissions by 40% in the autonomous community“, which he has considered an “absolutely decisive measure to reduce global emissions as long as it is done in a generalized way”. “Here we reduce the emission of 500 tons of CO2 per year and the important thing is by how much this effect is multiplied”, has highlighted Olona.

The forecast is that in 2024 the autonomous community will have this energy source in 23 treatment plants distributed in the three provinces with a capacity of 748 Kwp – installed power in Kw -, an estimated production of 1,104,225 kilowatt hours per year ( kWh/year), a CO2 reduction of 419,606 kilograms per year, with an investment of 1,055,500 euros.

The percentage of estimated energy savings ranges from 5% to 27%, varying from one installation to another. Among the IAA estimates, the ones that can record the most savings are Zaidín (27%), the projected Calamocha (21%) and Binéfar (19%).

The first tenders in which these improvements have been incorporated have already borne fruit and since 2021 the photovoltaic panels that the Aragonese Water Institute has installed in the Binéfar, Monzón, Fraga and Zaidín wastewater treatment plants have been in operation.

These actions have been carried out in the self-consumption mode without surpluses, thus facilitating the installation and commissioning of these facilities and adapting them to the WWTP management system.

In the case of Binéfar treatment plant, the installation of the photovoltaic modules is located on the ground, occupying a total area of ​​500 square meters, facing south, and is made up of 112 modules with a nominal capacity of 50 kWp of power. It is estimated that the consumption of the WWTP can be reduced by 19% and the emission of 33,440 kilograms of CO2 per year can be avoided.

In the monsoon treatment plant, the installation of the photovoltaic modules has been located on the roofs of the control and industrial buildings, occupying a total area of ​​169 square meters, with a double northwest-southeast orientation, and is made up of 78 modules, with a nominal capacity of 30 kWh of power. It is estimated that the consumption of the WWTP can be reduced by 7% and the emission of 17,480 kilograms of CO2 per year can be avoided.

The next installations to be carried out will be at the Cella and Gallur treatment plants, which are expected to come into service this year. In the 2022-2024 period, it has been planned that solar panels will be installed in 17 more treatment plants until reaching the 23 mentioned WWTPs.