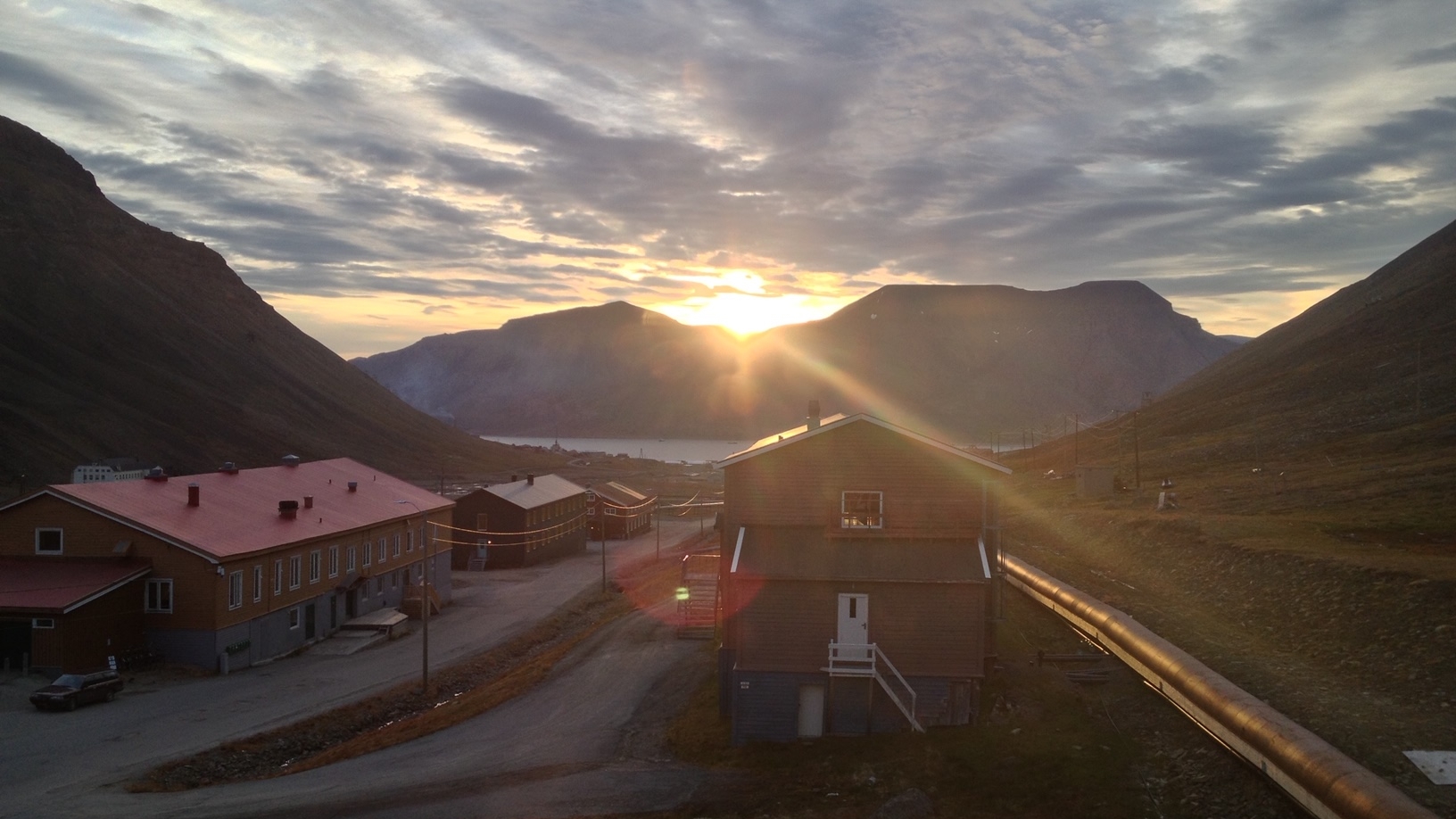 Note to readers: EL PAÍS openly offers the Future Planet section for its daily and global information contribution on the 2030 Agenda, the eradication of poverty and inequality, and the progress of developing countries. If you want to support our journalism, subscribe here.

These days we are celebrating the fifth anniversary of the historic Paris Agreement on climate change. Five years after its adoption, we continue to see new temperature records and how the Arctic areas are increasingly shedding their protective ice sheet, causing changes ranging from rising sea levels to profound alterations in the same arctic ecosystem.

I have been lucky to get to know the Arctic up close. For various periods in the 1990s I lived in Svalbard (Norway) where I worked as a guide. The capital, Longyearbyen, located on the 78th parallel north, is the northernmost town in the world. During my stay in Svalbard I experienced the origins of what later, in 2008, was to become the Global Seed Deposit, where more than a million samples of seeds collected from different places on our planet are preserved. This deposit is designed to safeguard our crops in the event of war, climatic catastrophe or other calamity.

I remember the first time I came to work in Svalbard. I felt alone and lost in the small airport, because the person who had to pick me up had not come…. It was a day in early summer, around 3 ° C and it was snowing. There was nothing of the town to be seen through the curtain of snow. The mist cut through even the most sophisticated mountain clothing, not to mention the old jean she was wearing. And a small voice inside me said “But what am I doing here?”

Now I carry this site in my heart. Every time I return it is like a return home, even if it is just visiting. This hostile-looking land is actually welcoming. I recognize the mountains that define the view from the town of Longyearbyen, the outlines of the old cable car that used to carry coal, ghost-transparent gray, and the faint smell of black dust that lingers even though the mines closed years ago. Although the town has changed, it has grown … And today it is forbidden to live on the street where I stayed the first time, after an avalanche of snow destroyed several houses in 2015.

“There is no life here,” wrote Liv Balstad, who lived in Svalbard from 1946 to 1955 with her husband the governor, in her book North of the desolate sea. But Liv Balstad’s judgment is not fair, because when you look closely at the Arctic it is not a wasteland. Rather, it overflows with life, even though it is on the threshold of profound, perhaps irremediable changes.

Until now, the polar bear remains the king of the territory. He inspires respect and fear when his silhouette suddenly breaks the horizon line. The first time I came across one was on July 10, 1997. I had been in the Arctic for several years, but up to that point I had never seen this animal up close. I mostly worked in the Longyearbyen area, where few bears came. That summer I got a contract as a sea guide on a French sailboat and we had reached the entrance to the Wood Fjord, at the northwestern end of the Svalbard archipelago, near parallel 80 ° north.

We had few water reserves on the boat to wash ourselves, so I took the Zodiac to go bathing in a stream fed by meltwater from the local glacier. I brought my towel and of course my rifle to protect myself in case a bear appeared. Fortunately none appeared. With his fingers frozen in the cold, he probably couldn’t have unlocked the rifle’s safety mechanism in time to scare him away. It was the next morning — if you can speak of tomorrow in these lands where the sun does not set on the horizon from April to August — when I saw him there, sniffing the tracks that I had left. He turned his head in my direction, perhaps recognizing the prey that had escaped him, looked at me for a moment and left.

The bear is impressive, as well as the walrus that I also encountered for the first time on that same trip. Of a more modest beauty, there are the white arctic poppies that sprout when the snow melts in the spring. And other small plants that thrive on the long hours of pale light during the summer. One of them is the dwarf birch which is actually a tree, which rarely exceeds a couple of centimeters in height. The Arctic Ocean is also teeming with orders of magnitude of life, from tiny plankton to the whales that feed on it.

Is there no life here? … Yes there is! Furthermore, since 2008 the Global Seed Repository, located on the outskirts of Longyearbyen, has served as vault for the life of the whole planet. Kent Nnadozie, the Secretariat del International Treaty on Plant Genetic Resources for Food and Agriculture (international agreement that gave the legal framework for the creation of the Deposit), says that already in 2018, “76 germplasm banks from all regions had deposited more than one million seed samples in Svalbard.” Its usefulness has been put to the test. Some of these seeds were withdrawn to restock the international seed bank in Syria that was destroyed by war in 2015. It was the first time – and so far the only time – that a recall of seeds was requested.

Today the Global Seed Depot is recognized for the iconic building, designed by architect Peter Söderman. When I was working in Svalbard in the 1990s the matter was more modest: the first seed bank was in one of the galleries of coal mine number 3, abandoned after the coal bed had been depleted. In fact, few people know that there are still seeds stored there: part of a 100-year project that is evaluating their ability to germinate, even if they are not stored at the glacial temperatures of the Repository.

In the 1990s, Mine 3 was also the site where locals used to practice target shooting, as carrying a gun is not only legal in Svalbard, but mandatory for anyone who goes beyond the town limits. There I learned to shoot, but happily I never had the need to put that skill into practice.

Now my bond with Svalbard is different. My office is no longer in Longyearbyen overlooking the mountain called Opera, because of its amphitheater shape. I work in Rome, Italy, at the headquarters of the Food and Agriculture Organization of the United Nations (FAO), looking towards the ancient baths of Caracalla. FAO hosts the International Treaty on Plant Genetic Resources for Food and Agriculture and from the communication division where I work, I follow with particular interest the communications about the Deposit. As the director of the FAO Office of Climate Change, Biodiversity and Environment, Eduardo Mansur, says, “The Global Seed Deposit has a fundamental role to safeguard the future of food and agriculture in the world, that is, life herself. “

There are people who are looking forward to the opportunities that the warming Arctic represents, as the ice covers mineral wealth that could enrich many. But at what cost?

Now Svalbard is always in the news. Glaciers are melting. I’ve seen it personally. The glacier that I crossed in the 1990s to climb Nordenskiöldtoppen, one of the hills that surround Longyearbyen, has receded so much that I hardly recognize it. Scientists and local people speak cautiously — glaciers move back and forth for many reasons, not just because of the climate changes we observe today. But the sea ice situation is an unmistakable sign – now in summer you can go around the islands, which in my time was unusual.

The islands of the archipelago —which I remember white and brown, stone and ice— are becoming greener. The valleys fill with herds of reindeer in the summer, as the winters are not as harsh as they used to be. With the retreat of the sea ice, the bears are losing their favorite territory. The thaw of the permafrost (the permanently frozen layer of the soil) and weather changes contribute to landslides, like the one that affected the houses on the street where I lived.

There are people who are looking forward to the opportunities that the Arctic warming represents, as the ice covers mineral wealth that could enrich many. But at what cost?

When I am there I am aware first of all that I live on a planet. It was there, during my years of stay in the Arctic that I first understood what that means; under the midnight sun I felt directly the mechanism of the planet’s rotation and its revolutions around the sun, that the Earth is actually a spacecraft with limited resources and that everything is connected. So it gives me chills to see how fast the planet is changing, our planet. This world is our home and what happens on its margins has an important effect on our lives in cities. And what we do, wherever we are, also has an impact on margins. Although they are far away, like that place that welcomed me for a time called Svalbard.

Suzanne Lapstun is Editorial Manager of the publications team of the Food and Agriculture Organization of the United Nations (FAO). Between 1993 and 1997 she worked as a guide and sailor on the Svalbard Islands.