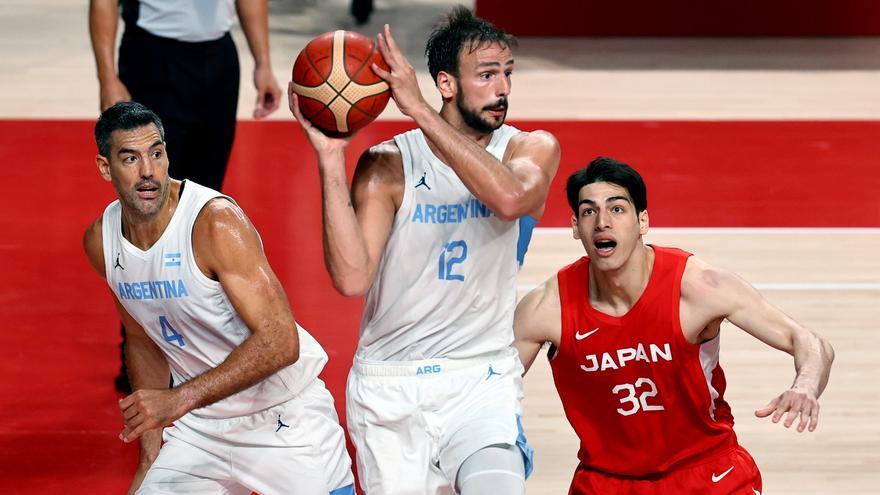 At the last minute and in a game on the run, Argentina ensured its presence as one of the two best third group in the quarterfinals of the men’s basketball tournament of the Tokyo 2020 Olympic Games by defeating the host, Japan, which was eliminated (97-77).

After the emotional blow of the two losses to Slovenia (100-118) and Spain (81-71), the latter very different in the sensations to the first, Argentina held on to the fast pace that it marked Facundo Campazzo (17 points, 11 assists and 7 rebounds), with Luis Scola in his master class each day (23 points and 10 rebounds) and a Marcos Delía of more to less (14 points and 7 rebounds) to get with the eight best of these Games.

It will do so as one of the two best thirds thanks to its better difference between points scored and received (-8) than the Czech Republic (-49) and even Germany (-16), which has also qualified.

The South American victory ends the trajectory in its Games of a Japanese team that has offered a more than honorable image and that kept pace until the last quarter, today with a not so dominant day of its stars, Rui Hachimura (despite this, 13 points and 11 rebounds) and Yuta Watanabe (17 and 9).

The albiceleste team began with problems to reach their interiors, they began pulling the triples of Campazzo and Scola, while the Japanese were seen in them, their figures, Hachimura and Watanabe well defended. Without his references, the base Makoto Hiejima assumed the Japanese attack (14-11, min. 5).

An image of the match between Japan and Argentina. Reuters

It took the albiceleste to find a way to pierce the host defense, until They saw the gap to reach Delía, in her sauce in the paint with ten almost consecutive points (24-13, min 17). With this, those of ‘Oveja’ Hernández closed the fourth ten points up (26-16).

Watanabe tried to regain ground for the locals, but found inspired Luca Vildoza and Scola from 6.75 meters. As the second quarter progressed, the defenses disappeared and the duel became a runner-up, in which Argentines and Japanese exchanged baskets for a 46-38 at halftime, to which Scola arrived being treated on the right knee for what seemed like a cut.

At that same dizzying speed, the second half resumed, a rhythm that benefited the Argentines … but also to the Japanese, glad to go to the quick exchange and prevent a southern takeoff (57-49, min. 27). Two triples in a row by Nicolás Brussino stretched the income somewhat more at the end of the quarter, an important 65-53 but not yet definitive.

Campazzo and Scola got down to work and Argentina continued adding (75-60, min. 33) in a last quarter practically of processing in which Sergio ‘Oveja’ Hernández’s men reached the final difference of twenty goals, which mark his passport to the quarterfinals. A rival of the hype of the first group (France, Australia, or even the United States, in him as best second) awaits them in the draw that will be known this afternoon.

Incidents: match corresponding to the third day of Group C of the men’s basketball tournament, played at the Saitama Super Arena, without spectators due to the sanitary measures against the coronavirus pandemic.