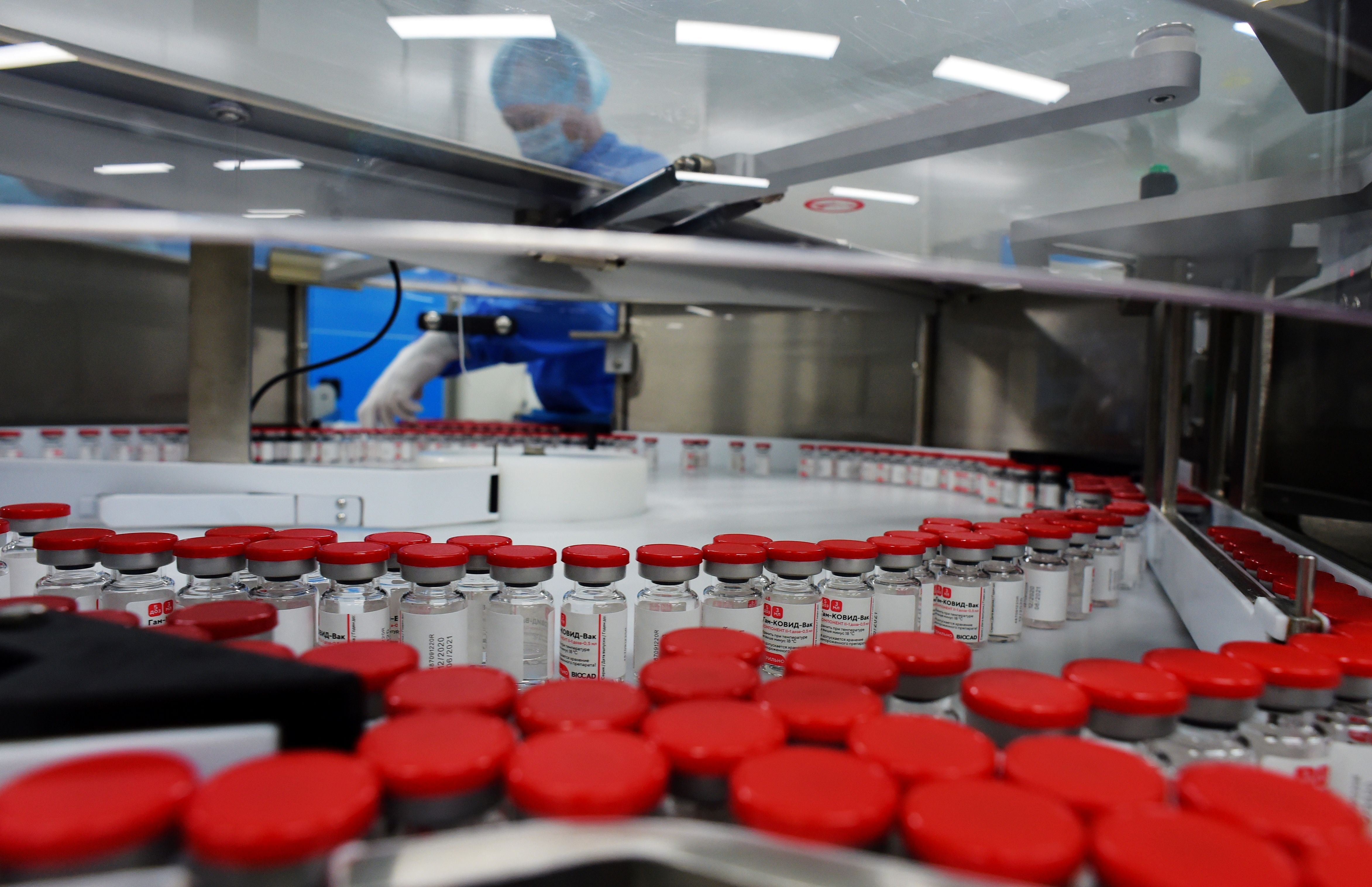 Alberto Fernández, 61, will hardly be the first to receive the Russian vaccine against covid-19 in Argentina. This Thursday, he learned that his counterpart Vladimir Putin will not do it either. As the Casa Rosada finalized the arrival in Buenos Aires of the first international sale of Sputnik V in Moscow, Putin warned that it had not yet been tested in people over 60 years old. The statement upset the Argentine delegation, which planned to start the vaccination campaign before the end of the year precisely in that age range, as it is the most vulnerable group.

The Fernández Executive hopes to save the vaccination strategy with a quick Russian authorization, but the political opposition in Buenos Aires has harshly criticized the Ministry of Health, in charge of the negotiations with Moscow. “I have no doubt about its quality. I’m going to be the first to get vaccinated, ”the Argentine president had said a week ago when announcing the purchase of millions of doses of Sputnik V. The government’s plan is to first vaccinate risk groups and strategic personnel – older adults, workers in health, security forces and teachers – but now it has been called into question.

“We consulted him again and we have been monitoring him. Clinical trials are analyzed by group. So far the data analyzed and the recommendation for use is up to 60 years. And they told us that those over 60 had already been evaluated in the independent committee and they elevated it to the Ministry of Health “, said from Moscow the secretary of Access to Health of Argentina, Carla Vizzotti, in dialogue with the chain C5N. “They are finishing the last steps to be able to approve the use of this vaccine in people over 60 years old. It is fundamental for the world and for our country ”, he stressed.

Vizzotti’s statements came after Vladimir Putin recognized that the Russian immunization has not yet been inoculated because he is too old. “Experts tell us that vaccines that enter civil circulation are indicated to citizens of a certain age; they haven’t reached people like me yet, ”he commented at his annual press conference. The Russian leader, who has been in power for more than two decades, has turned 68. Russia began inoculating its main coronavirus vaccine, Sputnik V, ten days ago but only to people between 18 and 60 years old.

“I am a person respectful of the law, I listen to the recommendations of the specialists and that is why I have not yet been vaccinated, but I will do it as soon as possible,” Putin insisted in the marathon press conference of almost five hours, in the who has participated by videoconference due to the pandemic. More than 28,500 people have donned Sputnik V (within the regular campaign, outside of clinical trials) in Russia, according to Prime Minister Mikhail Mishustin, who is trying to accelerate the global vaccine race. The drug is also not indicated for pregnant women or chronically ill.

Russia says that the immunization, which it plans to export to dozens of countries, including several in Latin America, is almost 92% effective after the second dose, but with the last phase of clinical trials nearing completion, it is considered that not yet proven enough, for example, for the elderly.

Russia (145 million inhabitants), where almost 50,000 people have died from the coronavirus, ranks fourth in the world in number of infections: more than 2.7 million. The vaccination campaign, which began with the teaching and social services health personnel, due to the limited number of immunizations, has now been extended to the rest of the population, within the indications of the drug, based on the human cold adenovirus, and that it consists of two doses.

Moscow, which aspires to score a geopolitical trump card with Sputnik V and its export and wants with its star drug to bring Russian science back to the forefront, is nevertheless facing serious production problems. Russia is having logistical difficulties in keeping with its forecasts and is turning to private pharmaceutical companies to meet the manufacturing of the two million doses promised by the end of the month. A figure still far from the 30 million predicted in summer. A forecast that has proven unrealistic.

This Thursday, Putin pointed out that the government is studying giving a single dose of Sputnik V, instead of two, so that the vaccine reaches more population and faster. “One possibility is to create a ‘light’ version of the vaccine. That would mean giving only one take. It would be shorter in duration, the level of protection would be lower, but it would still go up to 85%. And so we could produce tens of millions immediately, “he told a small circle of journalists – who had previously been quarantined for two weeks in a Moscow hotel – who were able to be in the same room as the Russian leader during the conference. press.

The wheel has caused a great surprise in Argentina, where more than 41,000 people have died from covid-19, and has caused a harsh reaction from the ranks of the opposition to the Government. “Today we are surprised because Vladimir Putin said that the Russian vaccine will not be applied to people over 60 years old. The deputy minister has traveled to Russia and never communicated this ”, declared the head of deputies of the opposition coalition Together for Change, Mario Negri. “It is a shame that Parliament is not explained what the state of affairs is and they keep everything secret. We demand that the highest health authorities attend the Chamber of Deputies before the end of the year ”, he added.

The body responsible for the approval of vaccines in Argentina, Anmat, has not yet authorized any of them. However, the Fernández government had reinforced its commitment to Sputnik V after complicating the negotiation with Pfizer, the laboratory with the vaccine approved in a greater number of countries so far. On Tuesday, the Argentine Minister of Health, Ginés González García, accused the pharmaceutical company of asking for “unacceptable conditions” for the purchase, although he left the door open to sign a contract later.

Argentina has also bet on the vaccine developed by the AstraZeneca laboratory and the University of Oxford, but the reliability tests are delayed. Last August, the South American country and Mexico announced an agreement with AstraZeneca for the joint production in local laboratories of 250 million doses, at a price of between two to four dollars each.

– The coronavirus map: this is how cases grow day by day and country by country

– Questions and answers about the coronavirus

– In case of symptoms, these are the telephones that have been enabled in each Latin American country.