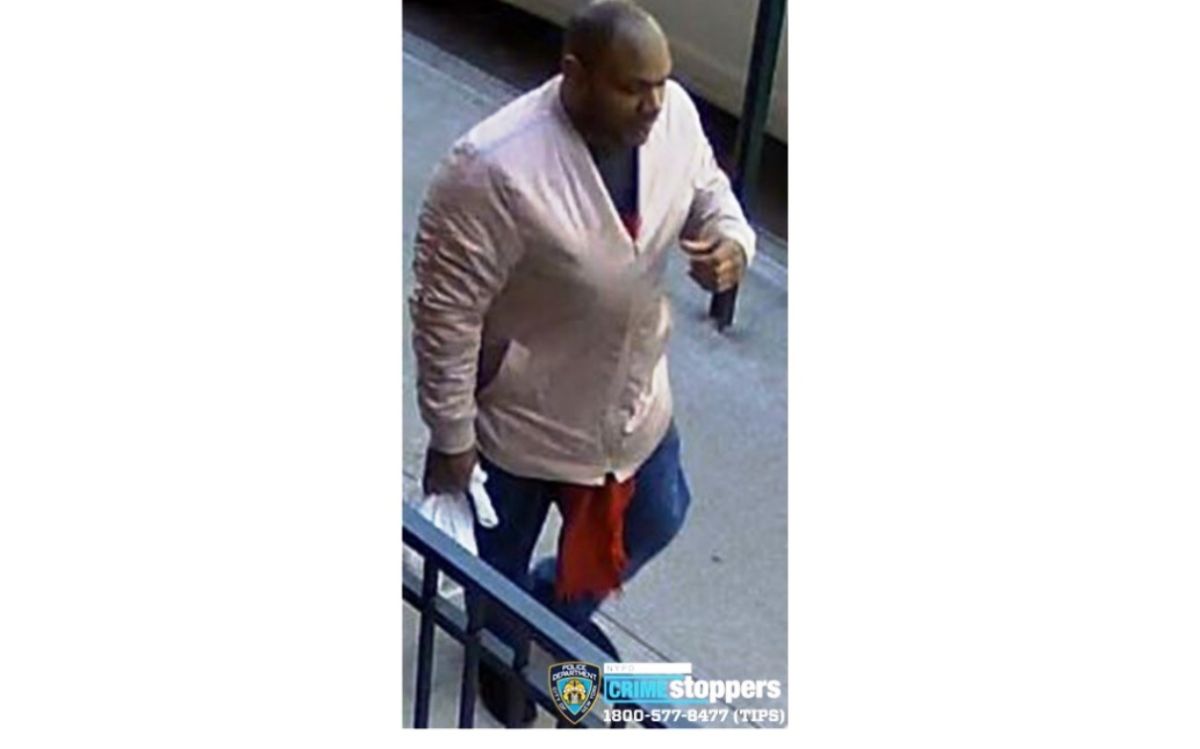 Brandon Elliot, suspected of being caught on video kicking an elderly Asian woman in Midtown West on Monday, was arrested this morning and his record reflects that he was on probation for killing his own mother in 2002.

Elliot (38), who at the time of arrest I lived in a nearby hotel to the attack that serves as a shelter for the homeless, he was charged with various charges, including assault as hate crimesaid the police.

According to the NYPD, it is the alleged man caught on video mercilessly beating and kicking the 65-year-old victim in front of the 360 ​​West 43rd Street building around 11:40 am on Monday, yelling “Fuck … you don’t belong here.” according to sources.

In 2000, as a minor, Elliot was arrested for robbery. And in April 2002, while still a teenager, he was charged with murder for using a kitchen knife to stab his mother’s chest three times, Bridget Johnson, at her home on East 224th Street in The Bronx. That deadly attack took place in front of Elliot’s 5-year-old sister, sources told the New York Post.

It’s unclear what caused the crime and the 42-year-old died a couple of days later. Elliot was convicted of the murder and sentenced to between 15 years and life in prison and was released on parole in November 2019, state prison records show.

The attack on Monday morning was one of two brutal assaults recorded on video within hours of each other, in the middle of a wave of at least 33 attacks against the Asian community so far this year in NYC, already exceeding 28 in all of last year, according to the newspaper count The New York Times.

In addition to the violence, both videos show the indolence of people who observed the events without reacting. Andrew Yang, who aspires to become NYC’s first Asian-born mayor, yesterday criticized the attacks and the inaction of the witnesses, in a message on Twitter, when interviewed by CNN: “Passersby must act when they see something wrong. We need to come together and be the kind of people who do something when someone needs our help. “

Building staff who witnessed the attack in Midtown West, but did nothing to help the elderly Asian woman, have been suspended, announced the management company, The Brodsky Organization, in a statement on Instagram. It was precisely the security camera of that building that captured the brutal attack.

The NYPD created a special task force in August to address the rise in apparent hate crimes against Asians. Police reported that most of those incidents are classified as “Motivated by coronavirus”, which means that the attacker referred to the pandemic in some way during the attack, he said Fox News.

In the middle of this month, NYPD deployed officers from its Critical Response Command (CRC) to Asian communities around the city, following reports of local attacks and shootings at massage parlors in Atlanta that left eight dead.

Police are also searching for the man caught on video brutally attacking an Asian man in the Metro on Monday. Who has information should call at 1-800-577-TIPS (8477) and in Spanish 1-888-57-PISTA (74782). Also through the page crimestoppers.nypdonline.org or by text message to 274637 (CRIMES), followed by TIP577. All communications are strictly confidential.

Brandon Elliot has been ARRESTED and CHARGED for the #HateCrime assault in #Midtown Manhattan. #YourCityYourCall pic.twitter.com/w7RJrSBSC9