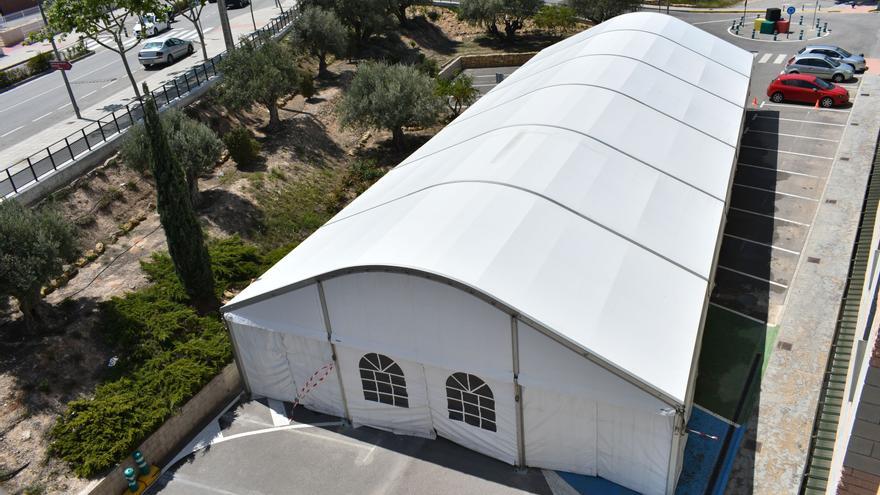 The IU government team in Aspe he is very upset with the Ministry of Health for changing their criteria regarding mass vaccination. “Now that everything is organized and ready, because we were told that the day April 1st everything had to be prepared, it turns out that the Department determines that our neighbors will be vaccinated at sports hall of Toscar de Elche. A decision that comes as a surprise to us after having put all the logistical means with an additional economic cost for this City Council encrypted in more than 25.000 euros“, warns the mayor Antonio Puerto referring to the portable tent purchased and installed next to the Aspe sports hall.

For Puerto “it is incomprehensible the contradictory and unilateral decision adopted by Health, after asking us to enable a space for mass vaccination, without first counting on the municipalities of the Department of Health. The problem that is created now – he emphasizes – is the enormous confusion that citizenship will have with this decision since their reference points are the Integrated Health Center and the campaign vaccination center itself next to the municipal sports hall. “But it is not the only problem referred to by the mayor. The 21,000 residents of Aspe, the 2,500 of Hondón de las Nieves and the 1,200 of Hondón de los Frailes will have to travel to Elche, more than 12 kilometers away, which will lead many people to give up undergoing the immunity process.

The Aspe mass vaccination center in an interior image. INFORMATION

In the preparation of the center and its logistics, representatives of the Department of Vinalopó Hospital Health, following their instructions, and has also had the support of volunteers from the Association of the Red Cross and Civil Protection of Aspe, as well as qualified nursing staff for support. For all this, the local government has requested the Ministry of Health to rectify the decision and allow the residents of Aspe and Hondones to be vaccinated in the town as everything is prepared, in the absence of vaccines, as well as the health officials at the Vinalopó Hospital.

The tent has been installed next to the municipal sports hall of Aspe. INFORMATION

Several weeks ago, the Aspe City Council communicated to the Health Department the disposition of this campaign center for mass vaccination. “We have been holding coordination and needs assessment meetings for a long time, but on April 8, the weekly meeting was held with the Department and, specifically, with the mayors and councilors of the municipalities of the Department, the manager of the Vinalopó Hospital and the Commissioner of Health and, to greater surprise, we are told little less that we had not received any letter from the Conselleria to mount the mass vaccination, “the mayor emphasizes, recalling that “From the beginning of March to the present date, weekly meetings have been held with the Department of Health to monitor the pandemic and they have been reporting on everything that was being done to ensure mass vaccination in our municipality.”