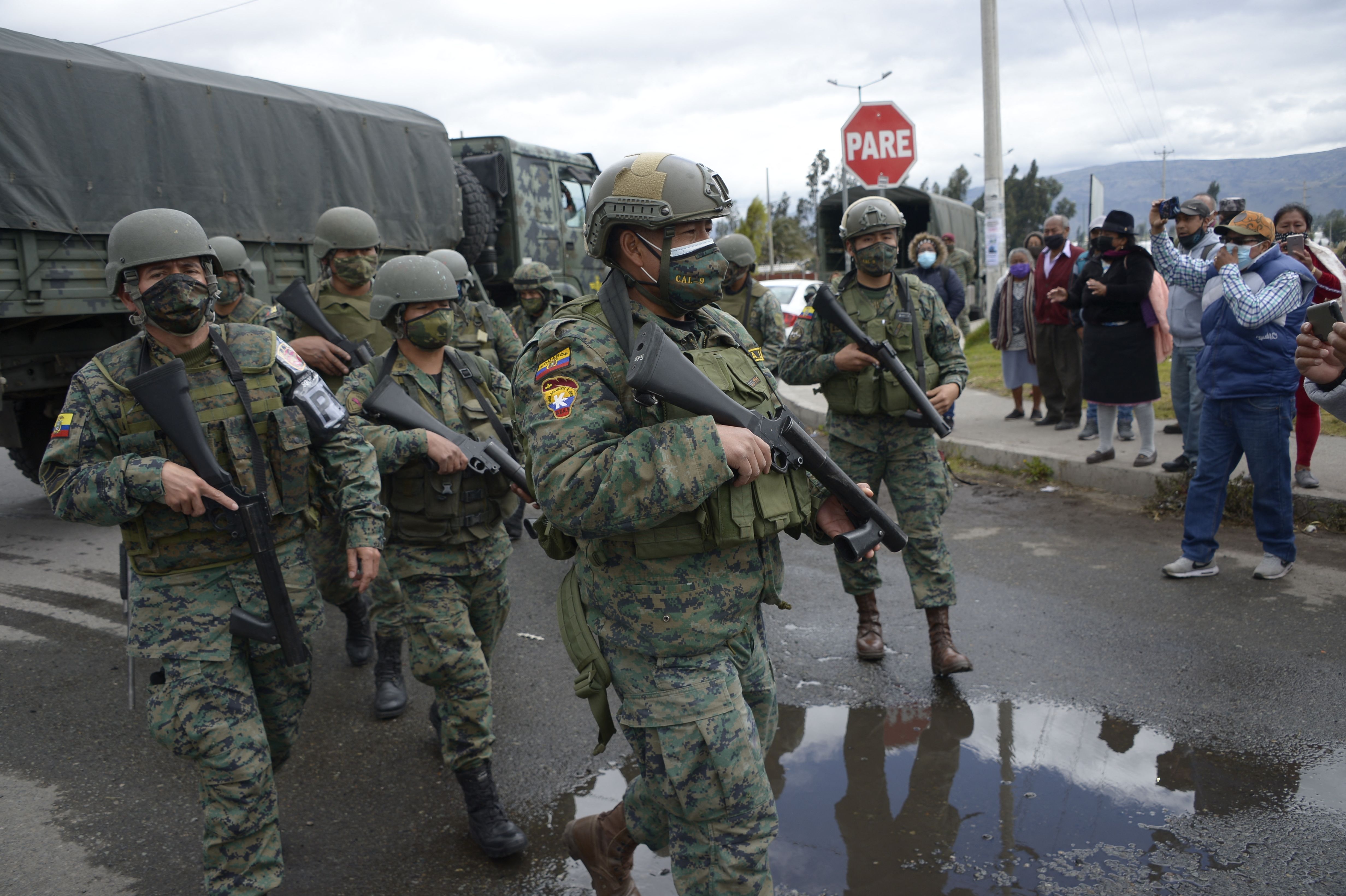 The president of Ecuador, Guillermo Lasso, announced this Friday at a press conference the declaration of the state of emergency in the country’s prisons, after the police and the army put down two separate riots in two of the largest penitentiary centers in Ecuador, in the that 22 inmates have died. These riots, which broke out Wednesday night in those two prisons, constitute the second major wave of violence in the overcrowded Ecuadorian prisons this year, after another 79 inmates were killed in other riots last February.

Lasso assured that the security forces have regained control of the two penitentiaries: Prison Number 1 of Guayas, near the city of Guayaquil (420 kilometers southwest of Quito, the capital), and that of Sierra Norte in Cotopaxi, near the Andean city of Latacunga (108 kilometers south of Quito) where the appearance of the Ecuadorian head of state took place. The president specified that the police action to quell the riots has been “forceful”, before warning the “mafias”, to whom he attributed the riots, that all “the power of the law will be used to impose the rule of law. and guarantee the law and human rights ”.

“I want to tell the mafias that intend to threaten this country that they are wrong if they believe that this government will act with the same weakness as the previous ones,” said Lasso, alluding to the prison policy of the government of his predecessor in office, Lenin Moreno.

At the press conference, the Minister of Government (Interior) of Ecuador, Alexandra Vela, also appeared. The minister reported that, in the Latacunga prison alone, 14 inmates died, while 41 other prisoners and five policemen were injured. It also revealed that a police officer was raped during the riot at that prison and that 78 of a number that did not require escaped inmates had already been arrested. Vela explained that the rest of the deceased, eight, until reaching 22 where the official balance of victims stands this Friday, died in the Guayaquil prison.

The Ecuadorian president announced in turn during the press conference the dismissal of the director of the country’s penitentiary management body, the National Service for Inmates (SNAI), Edmundo Moncayo, who will be replaced by Fausto Cobo, a colonel in the reserve , also a former member of the Ecuadorian Parliament. Lasso said that from now on it will be the military who will control access to prisons, while the Police will be in charge of security inside.

Join EL PAÍS to follow all the news and read without limits. Try the first month

In February, four Ecuadorian prisons experienced a wave of clashes between rival gangs in which 79 people died, according to official data. These riots reached an unusual level of violence. The prisoners recorded with mobile phones how rivals from other gangs were dismembered and beheaded, imprisoned in maximum security areas. To do this, they used chainsaws and machetes. The inmates later displayed the mutilated limbs of their adversaries as trophies. Prison authorities were even forced to cut the power so that inmates would not continue to use chainsaws to attack other inmates.

Ecuador has spent years trying to reduce violence in the country’s overcrowded prisons, which house some 38,000 inmates. The state of emergency in prisons announced by President Lasso is the second such measure in three years. Already in 2019, the country’s government decreed a similar measure after a series of riots in just a month and a half. Then, the authorities recognized a marked deficit of resources and infrastructure that made it impossible to maintain control and security within the centers. The cells lacked security locks because the prisoners had tools to break them, the surveillance cameras had been mostly disabled, and there was an accomplice network of officials that allowed the trafficking of weapons and mobile phones.