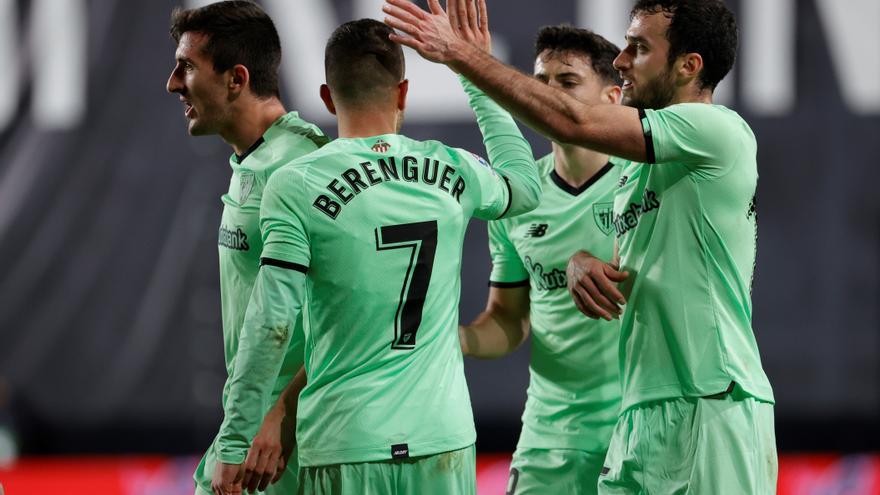 A goal from youth squad Nico Serrano at 29 minutes it allowed Athletic Club to score an important victory in Vallecas, a stadium in which until now no one had managed to take all three points this season.

The Basque team stood in Vallecas, emotionally reinforced by the good performance given against Real Madrid, in the final of the Spanish Super Cup, and against Barcelona, ​​whom they eliminated in the round of 16 of the Copa del Rey.

Marcelino García Toral could not count on one of his most decisive players, captain Iker Muniain, positive for Covid, and he played it by betting on Nico Serrano, a young 18-year-old from Navarra, from the subsidiary, who showed his credentials by knocking down the door of the first team with a magnificent goal. It was at 29 minutes when he picked up a ball at the second post inside the area, the ball was placed for his left leg and he launched a left-footed volley that was unstoppable for Frenchman Luca Zidane.

That was the second warning from Athletic, which although it did not have excessive depth in attack when it prowled the Rayo area, it did create danger, as with Alex Berenguer’s cross shot from the edge of the box that went wide on the right side of the local goal.

The Madrid team, although they tried to take the initiative, did not have a fluid game that did too much damage to the visitors and the two clearest approaches in the first half were long shots from Radamel Falcao and Álvaro García.

In the second half, Athletic was better in the early stages and enjoyed several very clear chances. One of them again with Nico Serrano as the protagonist, who launched his shot slightly over the crossbar, and another by Balenziaga who put Zidane to the test, who caught the ball well.

Athletic did not close the game when it could and ended in the last minutes suffering the siege of Rayo, especially on the left flank commanded by Álvaro García, who began to prowl the Basque team’s area with more and more danger.

Incidents: Match corresponding to matchday 22 of the Santander League, played at the Vallecas stadium before some 8,500 spectators. A minute of silence was observed in memory of Francisco Gento, a Real Madrid player between 1953 and 1971 and the only footballer in history with six European Cups, who died on January 18.