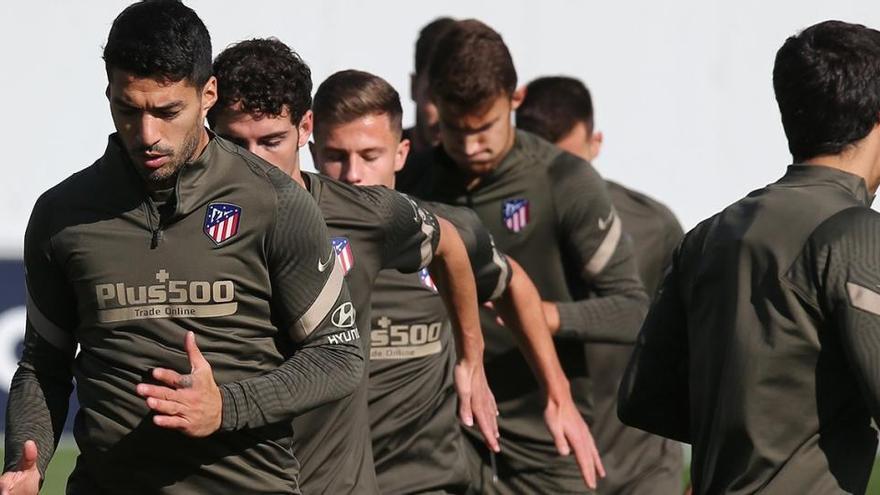 Atlético de Madrid, on a roll in LaLiga Santander where they have not been defeated in six games with more than two goals in favor per game in the last three games, visit to Lokomotiv in Moscow to straighten out its European course after the defeat to Munich (4-0) and the suffered victory to Salzburg (3-2).

With a Joao Félix in a state of grace -bigoleador in the last two official duels, against Salzburg (3-2) and Osasuna (1-3) -, the best version in this course of captain Jorge ‘Koke’ Resurrection and return of the Uruguayan forward Luis Suárez after having had a break game, The rojiblanco team faces the first stake of the double clash against Lokomotiv, key to their European future.

A victory in Russia against the whole of the Moscow railways, which accumulates a draw against Salzburg (2-2) and a defeat by the minimum against Bayern (1-2), and another at the Wanda Metropolitano on the return of the national team break, November 25 –provided that Bayern do the same against their Austrian rival-, would put the rojiblancos in the round of 16.

To do this, in addition to maintaining the offensive rhythm, they will have to improve their performance behind much, since they have conceded six goals in two European matches: four from the current European champion, and also two from a Red Bull Salzburg that put the red-and-white behind in a lot of trouble getting to turn around the initial 1-0 with the 1-2 at the beginning of the second half, traced back by two goals from Joao Félix.

However, the pupils of Argentine Diego Pablo Simeone visit a stadium favorable to their interests. On the Lokomotiv court they have harvested sScore goals for and only one against in their last two visits: 0-2 (Joao Félix, Thomas) in the group stage match last year and 1-5 (Rybus; Correa, Saúl, Torres (2) and Griezmann) in the round of 16 of the 2017-18 Europa League, when they were champions of the competition.

You have to look much further back to the 2007-08 UEFA Cup to find a less satisfactory result for the rojiblancos interests: the 3-3 tie in the group stage (Bilyaletdinov and Odwmingie (2); Agüero (2) and Forlán) when Atlético was led by Mexican Javier Aguirre.

In Moscow, Simeone will once again have the Uruguayan Luis Suárez, who was ruled out for the duel against Osasuna with the aim of giving him rest and He will accompany the fierce Joao Félix at the tip of the attack.

Saúl Ñíguez is a novelty in the squad after having missed the last five official matches due to muscle discomfort, but it seems complicated for the Elche to be from the game after having come out of injury, so the midfield engine room would be for Koke and the Mexican Héctor Herrera.

On the wings, the Argentine Ángel Correa and Marcos Llorente have earned the place, but both are players who develop on the right side, so it remains to be seen which of the two is in charge of the left – where Joao can even be placed to put Llorente on top– or if there is an opportunity for Víctor Machín ‘Vitolo’.

Defense counts as fixed with the English Kieran Trippier on the right side and the Montenegrin Stefan Savic as central. It is foreseeable that the Brazilian Renan Lodi will regain his position on the left side by Mario Hermoso and the other place in the centrals will be settled between the Uruguayan José María Giménez, who this Saturday played for the first time this season, or the Brazilian Felipe Monteiro.

Lokomotiv, an old acquaintance of Atlético, receives the mattress team mired in a sea of ​​problems, poor results and casualties due to injury. His match against the almighty Bayern Munich (1-2) gave hope to the team of the Russian Railways, which starred in a great second half and deserved at least the draw.

However, since then, it has all been bad news. The team captain, Croatian Vedran Corluka, was injured and the team fell to Sochi at the weekend (2-1) in a match in which Lokomotiv touched ridicule in the first half.

Lokomotiv is now seventh in the league and criticism begins to rain down on the team’s coach, Serbian Marko Nikolic, who replaced club legend Yuri Siomin just a few months ago.

With an eye on the Spanish team, Nikolic gave Anton Miranchuk rest on Saturday -the most creative player on the team after the sale of his brother Alexéi to Atalanta- and Cape Verdean forward Zé Luís, who had a great performance last week against the Germans. Both came out in the second part.

Nor did two other team props, the Russian Ignatiev and the Polish Krychowiak, who was sanctioned.

In the face of Stanislav Magkéev’s injury, It is possible that Daniil Kúlikov will repeat in the middle center, who showed surprising maturity against Bayern Joshua Kimmich, Leon Goretzka and company, despite his youth.

Eder does not seem very like the technician, So Zé Luís has many options to start from the front ahead of Russian striker Fiodor Smolov, who since he returned from his assignment at Celta has combined good games with other very gray ones.