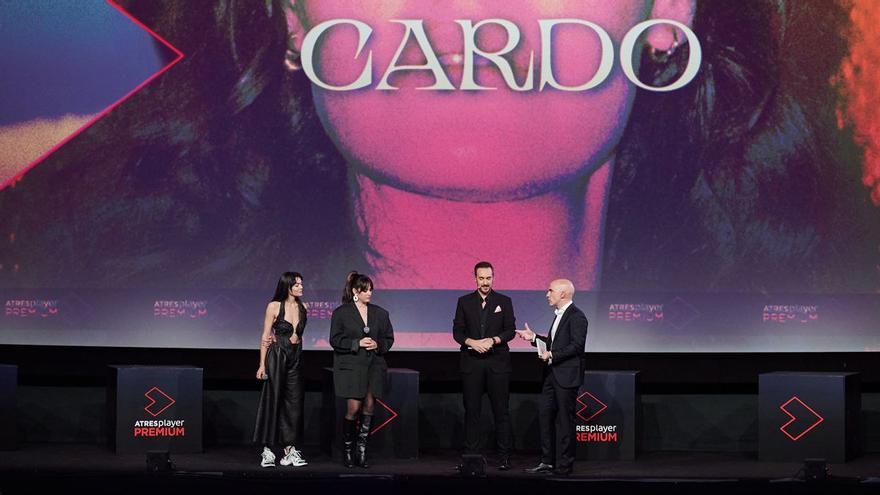 The Capitol cinema in Madrid last night hosted a luxury ceremony organized by Atresmedia. The ‘Premium Night’ presented the contents that will be released next year in Atresplayer Premium with many of their prominent faces and protagonists of the different announced projects.

One of the confirmations of the night was ‘Dressed in blue’, a second season of ‘Veneno’, by Javier Calvo, Javier Ambrossi and Valeria Vegas. The creators were enthusiastic about this new project: “We want to continue this story that so many people are fond of”.

An expected return that they wanted to communicate on the spot was the return of the well-known series ‘UPA Next’. The renewal for a second season of ‘Cardo’, with Claudia Costafreda present: “We will explain how Maria is marked to explore new terrain”.

Ana Rujas was very happy with the confirmation and the good critics of the fiction: “We have to find the key for the second season as the first one already has. It seems important to me to be a sample of the new talents and young promises of this country. The change is here. ”

Another long-awaited deal was a new batch of episodes of ‘The Protected: The Return’. New series were also announced, such as ‘The nights of Tefia’, on those accused by the Franco regime who recruited in the concentration camp with this name, ‘Bitches’, a love and friendship story of a group of women, and ‘Ana y’, by Álvaro Carmona, nominated for an Emmy this year for ‘People talking’.

The field of fiction did not leave indifferent the announcement of ‘Camilo Superstar’, a new project on the history and personal and professional career of Camilo Sesto. In this case, it will focus on the stage in which he adapted the musical ‘Jesus Christ Superstar’ in Spain.

Away from the series, the documentaries were released ‘Do not tell anybody’ Y ‘Tino Couple’. It was also recalled that the second season of ‘Drag Race España’, ‘The great hotel of the queens’ Y ‘A Christmas with Samantha’.

At the ceremony they wanted to reveal the cast of ‘The route’, the group’s new series, in which Claudia Sala or Ricardo Gómez stands out, who joked about going back to work on a period project: “It’s something he’s never done”, he made fun of being ‘the boy from Spain’, thanks to his role in ‘Cuéntame’.

Some unknowns from other fictions were also solved, such as ‘The gypsy bride’, of which the cast has been confirmed, in which Nerea Barros stands out, and its director, Paco Cabezas.

Among the already confirmed productions of which a preview was shown are ‘The age of anger’ The ‘Pajares y cía’. Other novelties that will arrive in the group next year will be ‘Lord, give me patience’, with Jordi Sánchez ‘, the second season of’ Love Island ‘,’ The age of anger ‘or’ Wounds’.