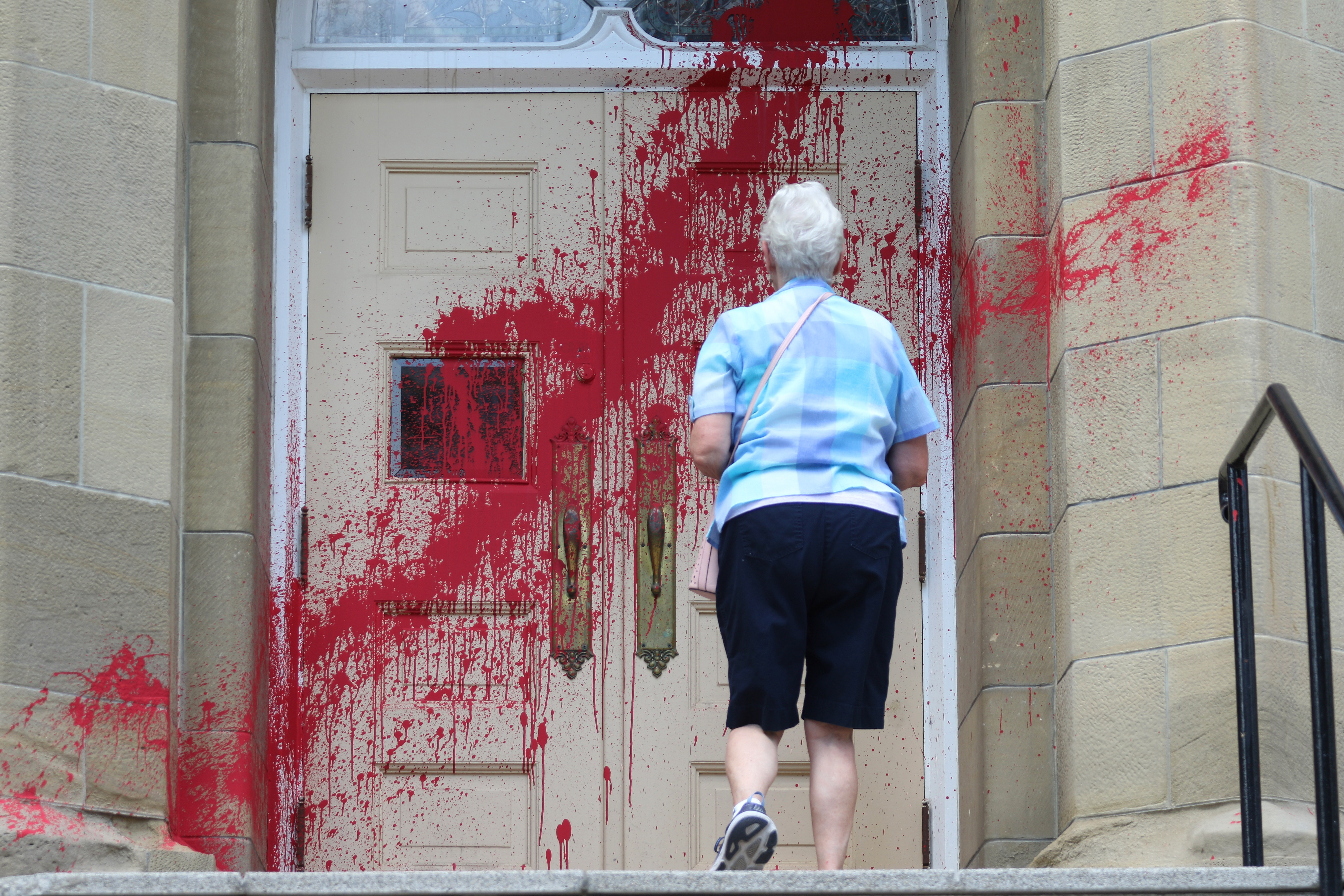 The discovery in the past two months of 1,315 unmarked graves in former boarding schools for indigenous children has shaken Canada. In this context of pain and indignation over the discoveries, which have brought to the present the horror of those institutions (already closed) for the forced assimilation of the indigenous population, at least 48 Christian temples – mostly Catholic – have been affected by fires or other acts of vandalism. The Assembly of First Nations of Canada, which groups 634 indigenous leaders (1.4 million citizens define themselves as indigenous, 4.9% of the population), has condemned the events; calls for unity and efforts to build relationships in these difficult times. “I support all my members, regardless of their religion or beliefs. This is unacceptable, ”he told Global News Keith Crow, leader of the Lower Similkameen reservation.

Of those 48 temples, 21 have been partially or totally consumed by flames. The police are investigating them as “suspicious fires.” In addition to Catholic churches, institutions of the Anglicans of the United Church of Canada, the Orthodox Copts and the Church of the Vietnamese Alliance have also suffered damage. The first of these fires took place on June 21 at the Church of the Sacred Heart, located on the Penticton reservation (British Columbia). The most recent occurred on the 19th in the Coptic Orthodox Church of St. George, located in the city of Surrey (in the same province).

At least 27 other temples have suffered different types of vandalism, especially painted in red. On June 26, a statue of John Paul II next to the Church of the Holy Rosary in Edmonton, Alberta, was attacked with paint of that color. The messages written on temple walls and doors in Saskatchewan, British Columbia, Ontario and Alberta were repeated in many cases: “We were children”; “Our lives matter”; “215” (the number of tombs found in Kamloops). Vancouver Police spokesman Steve Addison warned last week that “there are better ways to show point of view, anger and frustration. People may think they are doing a good cause, but they are not. “

Justin Trudeau, Canadian Prime Minister, has called these actions “unacceptable and wrong.” Trudeau said he understood the anger of many people, especially towards the federal government and the Catholic Church, which managed most of the centers opened between 1883 and 1996, but stressed that this “is not the way to go to achieve justice.” “We must work together to correct the mistakes of the past,” he added.

On May 27, a first find of unmarked graves was announced at the former Kamloops boarding school. Later the cases of the Marieval and St. Eugene’s Mission internees were made public. The most recent, on July 12, occurred on Kuper Island. These centers were part of Canada’s network of boarding schools to forcibly instruct more than 150,000 indigenous children in the dominant culture. The federal government financed these institutions although the administration of the centers was in charge of Christian groups (more than 70% Catholic).

The Truth and Reconciliation Commission created to analyze what happened in the centers published in its 2015 report that physical punishment, sexual violence, neglect and racism were common in the internees. In 2019, this body established that at least 4,134 minors died in these centers, but some experts raise the deaths to more than 6,000. Many families did not hear from their children again. Poor nutrition, overcrowding, and lack of heating were the norm in many of these institutions. Madeleine Basile, originally from the Atikamekw community of Wemotaci (province of Quebec), spent a decade at the Pointe Bleue boarding school, run by Oblate missionaries. “They were years of abandonment. My family had no other choice, since the federal government forced us. My sister died in that place at the age of nine ”, he affirms.

The Catholic Church has received an avalanche of criticism. The Pope has not yet apologized, as requested by the indigenous communities, and a debt of 21.3 million Canadian dollars (about 14.4 million euros) remains as promised in the reparation agreements reached around 2007. ” We are deeply saddened by the arson and vandalism of places of worship in the country, most of them Catholic. We express our solidarity with the affected communities and we categorically oppose any form and expression of violence or vandalism against any community of faith ”, declared a spokesman for the Canadian Conference of Catholic Bishops. Leaders of Protestant faiths have joined in the condemnation, as have the Center for Israel and Jewish Affairs and the National Council of Canadian Muslims.

Anglicans and the United Church of Canada run some boarding schools for indigenous children but, unlike Catholic congregations, they have apologized and contributed amounts set out in reparations agreements.