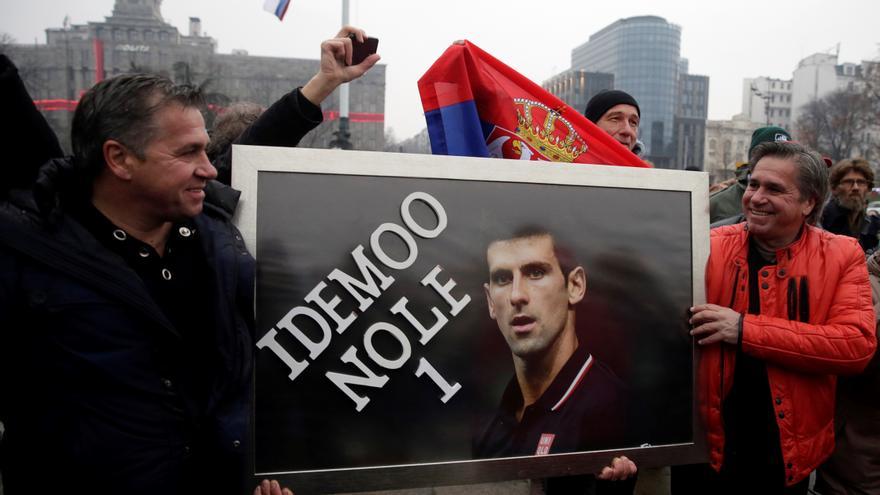 Sydney (Australia), Jan 9 (EFE) .- The Australian Government’s lawyers have lost an appeal in which they asked that the hearing scheduled for this Monday on the deportation of Serbian tennis player Novak Djokovic be delayed until Wednesday.

In an order published this Sunday, the Melbourne Circuit Court reported that the hearing on the revocation of the tennis player’s visa, which can be followed online, will be held on Monday at 10 a.m. (23.00 GMT on Sunday), as scheduled .

Lawyers for the Australian Home Office asked the court to delay the case for up to two days, but Judge Anthony Kelly rejected the appeal.

The petition came after the tennis player’s lawyers presented a 35-page document in court this Saturday in which they alleged that the world number one received a medical exemption to enter Australia without vaccinating after having been infected with covid-19 the last December.

The lawyers assure that Djokovic tested positive for covid on December 16, 2021 and that two weeks later he was recovered, so that on January 1 he had been given permission to enter Australia without being vaccinated.

Last Thursday, the tennis player’s legal team asked the court for a definitive answer on the deportation for this Tuesday for reasons of programming the Australian Open, which is held in Melbourne between January 17 and 30, to which the judge He replied that in this case “the tail is not going to move the dog.”

In the midst of a great international uproar, Australian authorities revoked Djokovic’s visa for failing to comply with measures against covid-19 upon his arrival in the oceanic country on Wednesday night, despite having a medical exemption that allowed him without be vaccinated defend your title in the tournament.

Also Read  Elon Musk's tantrums and humiliations against his employees revealed in the book "Power Play: Tesla, Elon Musk and the bet of the century"

The 34-year-old Serbian tennis player has been isolated since Thursday in a Melbourne hotel waiting for the Australian justice to review his case, after his lawyers appealed the decision of the authorities of the oceanic country.

Despite the lawyers’ argument that Djokovic tested positive for covid-19 on December 16, several photos posted on social media show how the world tennis number one participated in public events without a mask that same day and the next.

For her part, Czech tennis player Renata Vorácová, who was arrested last Thursday after the Australian authorities canceled her visa, left Australia this Saturday.

Vorácová, who had been in Australia since December and had already played a preparation match prior to the Australian Open, had obtained a medical exemption to enter the country as she was not fully vaccinated.

Australia requires travelers to have the complete schedule of the covid-19 vaccine or a valid medical exemption to enter the country.