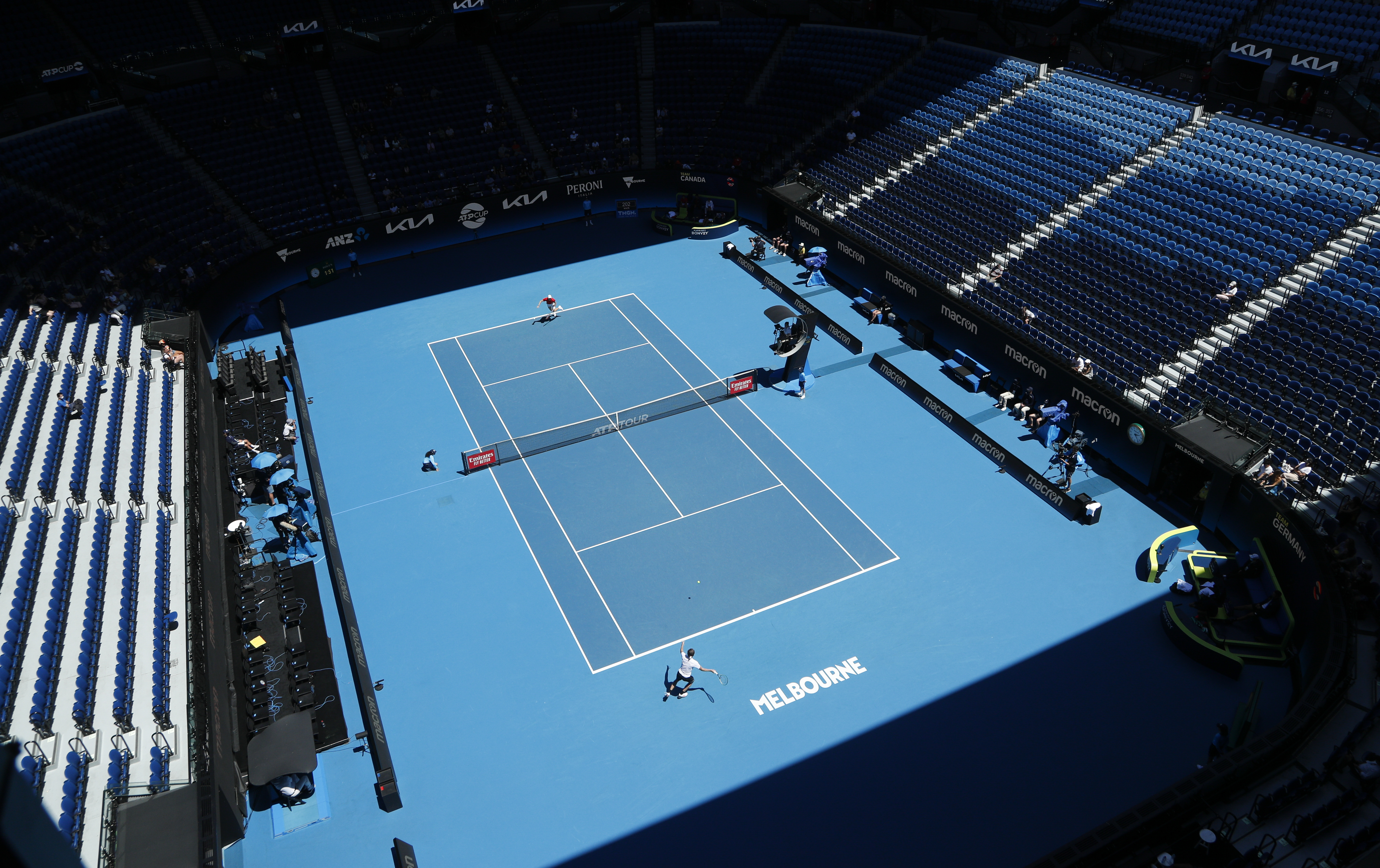 The alarm went off at around 10:30 pm local time, when Australian Prime Minister Daniel Andrews appeared to announce that the health services had detected a new positive for covid. The man explained, with the muscles of his face tense and his ears red like two tomatoes, that an employee of one of the three hotels where tennis players and Australian Open workers had stayed during the quarantine required to access the country had not passed the test.

Consequently, red light in Melbourne, the framework that will host, or so it is intended, the first big of the season from 8 (this next Monday) to 21 of this month. “The tournament is important to us, but the problem is much broader, it is a matter of public health and safety. We have to assume that this person has infected others ”, Andrews assumed, while decreeing the immediate isolation of up to 600 people among players, officials and tournament workers who may have been in contact with the 26-year-old man who, involuntarily , it can blow up the plan. For now, those affected will have to undergo tests and the Australian federation (Tennis Australia) canceled all preparatory events scheduled for this Thursday.

That is, in Melbourne Park the activity will freeze after two days in which the players had been warming up and the show taking shape. The day of the ATP Cup or other events will not be played, and tennis will be in suspense because with four days to go before the start of major, the shock and its possible consequences can ruin the logistical effort made so far. It is, after all, a warning to him sports planet, trapped by circumstances that happen today in Australia but that could be reproduced in any other corner of the globe, in a year in which summer is constantly being looked at sideways.

There is Tokyo and its Games (from July 23 to August 8), or the men’s soccer Eurocup (from June 11 to July 11) and that multi-site format (12 different cities) that seems more vulnerable if possible to the traps that the virus is laying here and there. The leaders of the International Olympic Committee (IOC) and world sport follow the events with a lump in their throats. If this happens in Australia, exemplary in containment, what can’t happen elsewhere?

So far, the oceanic country (with 25 million inhabitants) has registered 28,829 cases and 909 deaths, based on strict restrictions on its borders and the strict application of the protocol during the last eleven months. For 28 days, the state of Victoria, where Melbourne sits gracefully, had not reflected a single transmission case. However, that minimal loose end at the Grand Hyatt hotel puts tennis in check and darkens the near horizon, awaiting the results of the tests that will be carried out this morning.

Without going any further, the Spaniards Roberto Bautista, Pablo Carreño, Carlos Alcaraz and Garbiñe Muguruza stayed there. Not so Rafael Nadal, Novak Djokovic and Serena Williams, three of the lucky few who completed the quarantine in the Adelaide bubble, less corseted, and accompanied by their teams and family. Precisely there, just six days ago they participated in an exhibition in which 4,000 spectators gathered without a mask and without keeping the safety distance, in what was guessed as an appetizer of what could take place in Melbourne the next two weeks.

Now, everything is in the air. “They are considered casual contacts. They must isolate themselves immediately and submit to the tests ”, asserted Minister Andrews with the same rectitude with which the Australian Government has expressed itself in recent times, drawing the line for the organizers. There will be tennis, but under our rules and subject to our conditions, they were told a few months ago, when it was also announced that the Open was delayed three weeks over the initially scheduled date.

It remains to be seen, then, what would happen if in the PCR that will be carried out this Thursday a positive of a tennis player or a component of his team (technicians or physios) is detected. A priori, another 14-day confinement would be imposed and everything could go to hell. As a precedent, the authorities were blunt when in three of the 17 flights that Tennis Australia chartered to facilitate the landing in the country (between January 14 and 15) positive cases were detected, although they were not directly from tennis players. Then it was decided that the 72 affected should be cloistered in their rooms for 15 days, with no exit or exception.

Around 1,200 people, including referees, players and members of the coaching staff and teams, landed on Australian soil. Now, all of them will live a Thursday of anguish.