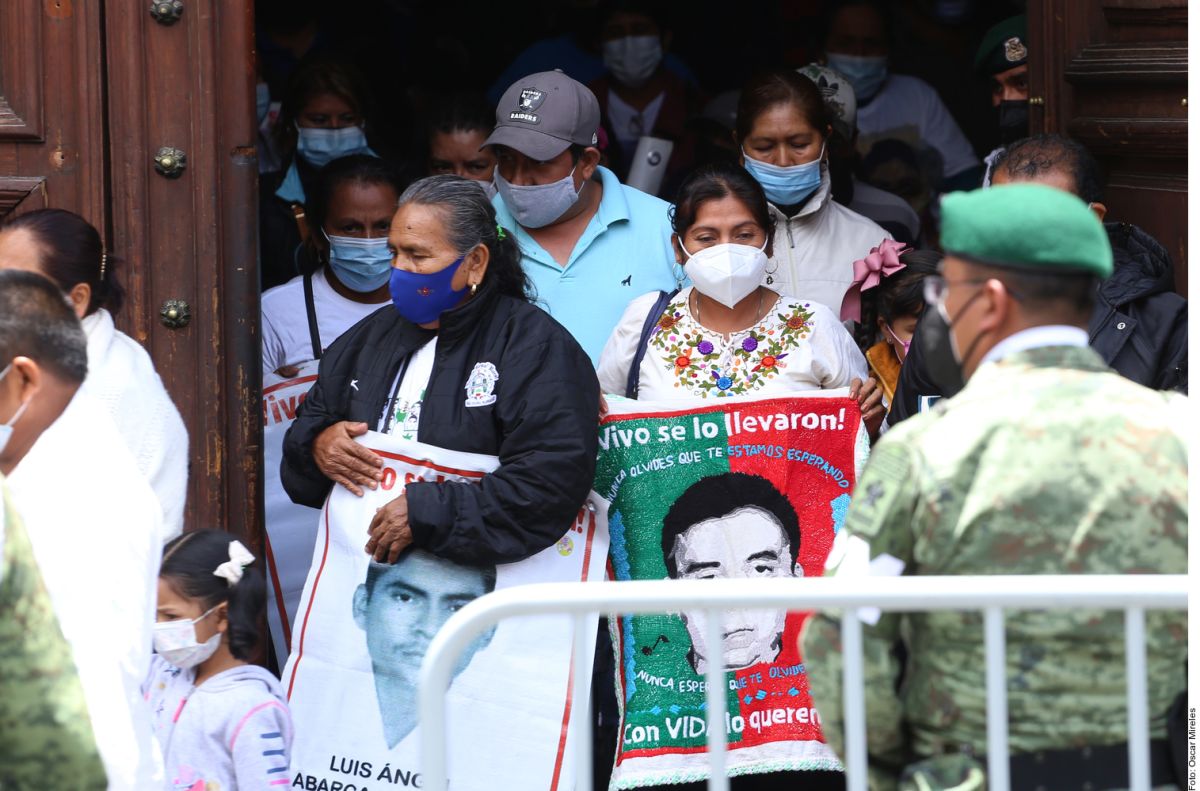 The University of Innsbruck, in Austria, identified that one of the remains found in a Cocula ravine is that of a missing normal student from Ayotzinapa, informed the lawyer Vidulfo Rosales in Mexico.

In an interview, at the end of a meeting in the National Palace, the representative of the parents of the students indicated that it is Jhosivani Guerrero de la Cruz.

He explained that the University of Innsbruck managed to identify among the 16 human remains that were sent by the federal government in February for analysis.

“The complete information is that the remains that were sent to Innsbruck duly analyzed have already returned and the results of these remains are a positive identification of a student”, He said.

“This is the normal school student Jhosivani Guerrero de la Cruz, he tested positive for him, the remains are overwhelming, they are remains that you know had been sent to Innsbruck.”

Message from the Special Prosecutor for the case #Ayotzinapa, Omar Gómez Trejo, on the findings in the Barranca de la Carnicería.https://t.co/GEKlbgsW27

Rosales and a group of fathers and mothers of the disappeared normalistas met for almost four hours with the President Andrés Manuel López Obrador.

The lawyer clarified that the remains that were sent to Europe, including the identified lumbar vertebra, were found in Barranca La Carnicería, in the Municipality of Cocula.

“They were found in the Barranca de la Carnicería in a search period that took place from November 2019 to the date that searches have been carried out”, Rosales added.

“And as a result of those searches, those findings were found, they were sent to Innsbruck and the results are these.”

In previous years, the identification of Guerrero de la Cruz was also reported, but of remains found in the San Juan River.

In this regard, the lawyer said that the remains found at that point were never capable of verification, so that such identification – and others – did not have scientific certainty.

“They were never certain, it cannot be validated; these remains are from the Barranca de la Carnicería in a search that was made in this period of time, it was found there, it is a lumbar vertebra which was the subject of analysis and which tested positive “he added.

⚠️ #Ayotzinapa
Faced with the genetic identification of Jhosivani Guerrero de la Cruz, we embrace his family with solidarity and affection and we ask that they be respected in this difficult time.

“The Government did a notification process last weekend when it had the results, it went to see the relatives, it spoke with Don Margarito and Doña Martina, who are Jhosivani’s parents; they were already aware of this in advance, a little to take care of the issue of fathers and mothers ”.

With the announcement of this Tuesday, there are already two students fully identified by the Government of López Obrador, who when he came to power in 2018 restarted the investigation of what happened.

According to the controversial version of Government of Peña Nieto, the 43 students of the Ayotzinapa school for teachers were arrested on September 26, 2014 by corrupt policemen in Iguala (Guerrero) and handed over to the Guerreros Unidos cartel, which murdered and incinerated them in the Cocula garbage dump and dumped the remains in a San Juan river.

This tale, known as the “Historical truth”, was questioned by the next of kin and by an investigation by the Inter-American Commission on Human Rights (IACHR) and its Interdisciplinary Group of Independent Experts (GIEI) that indicated that the bodies could not be burned in that place.

The López Obrador government collapsed this version by identifying in July last year remains of Christian Alfonso Rodríguez in the Carnicería ravine, away from the garbage dump.

A line of investigation reinforced this Tuesday with the identification of the remains of Jhosivani in the same ravine.

In addition to Christian and Jhosivani, in 2014 Alexander Mora was identified, with which there are still 40 students unaccounted for.

The September 26, 2020On the sixth anniversary of the tragedy, President López Obrador apologized to the families on behalf of the Mexican State and announced arrest warrants against the military, which were not linked to the events according to Peña Nieto’s version.

In addition to the search for the students, the current Government persecutes those responsible for the investigation of the previous Administration, which was led by Tomás Zerón, currently a fugitive in Israel.

With information from EFE and Agencia Reforma