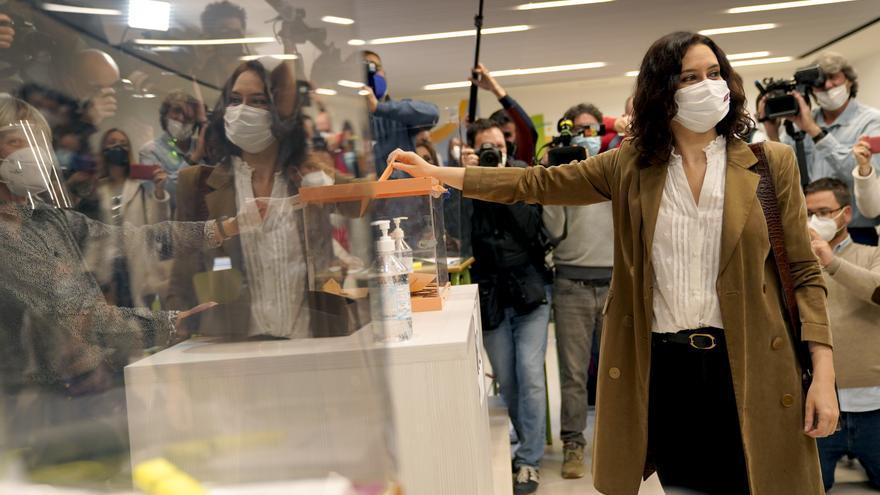 It may have been a malicious coincidence, it may have been a regrettable oversight in planning, but the truth is that last Saturday afternoon Radio Televisión Española (RTVE) broadcast on its program Neighborhood Cinema the famous spanish movie The last cuplé. A film released in 1957 under the direction of Juan de Orduña and starring Sarita Montiel, Armando Calvo and Alfredo Mayo in the main roles. It was a resounding critical and public success, despite the initial financial difficulties of the production company and the tight control of censorship by the Francoist Ministry of Information. (Recall that the head of that department was Rafael Arias-Salgado, a fanatic in the words of the Coruña writer Wenceslao Fernández Flórez, who took it for granted that Stalin would periodically meet with the Devil in a remote cave in Azerbaijan to receive instructions). The beautiful La Mancha actress was returning from a long stay in Mexico and the United States, where she had worked under her husband, the filmmaker Anthony Mann, and shared the headline with Gary Cooper, Burt Lancaster and Marlon Brando, among other renowned actors. . The success in his second Spanish stage was even greater and he discovered another facet, that of a singer, which until then remained hidden from the general public. The voice was not cultivated, nor did it reach operatic registers, but it conveyed a deep sensuality. It was a low-pitched voice that seemed to come from below his throat and allowed him to recite, rather than sing, the words of his songs (in a way that we later admired, for example, in Leonard Cohen). Some provocative, spicy songs, much liked by the male public at the beginning of the last century, which created the illusion of being expressly addressed to each of their admirers. And all this without having to show his legs, despite the fact that he boasted of them. Anyone who has seen a performance by La Montiel in the cinema, or in the theater, will agree with me in that appreciation. In addition, he was liked by all age groups. My maternal grandfather did not miss the premiere and dressed for the occasion as if it were a wedding. And there were university students from Compostela who took a seat on the top of the Paradise in case the cleavage could be better appreciated from there. I relived all those sensations when I saw on television The last cuplé a film that, in the run-up to regional elections, collects, very briefly, all the topics of the most Madrilenian style. To the same extent, as Mrs. Ayuso would say, that “Madrid is Spain within Spain”, a phrase that does not mean anything but expresses everything. Those of us who do not vote in those elections, nor do we live in Madrid, have the feeling of not understanding what the “Madrid style” that Mrs. Ayuso proposes to us means, although we suspect that it may be a concept related to the way of cooking tripe . Given the choice of a multipurpose phrase, I’ll stick with the one I heard a supporting actress say in the Montiel film: “What a person loses for being decent.” Well that.