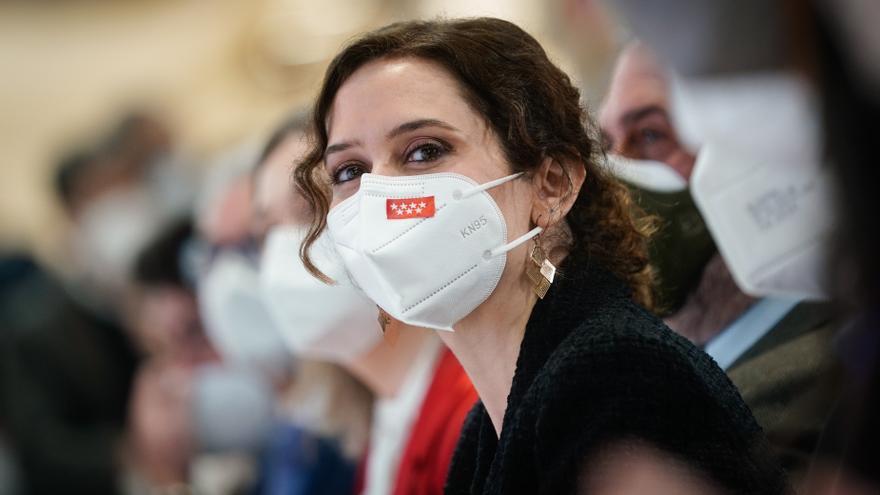 The president of the Community of Madrid, Isabel Diaz Ayuso, presents this Monday the Strategy for the protection of maternity and paternity and the promotion of birth rate and the reconciliation 2022-2026, with a package of eighty measures, such as a Network Fertility Plan with which the age limit of the woman applicant will be increased to 45 years.

The planned investment amounts to 4,150 million euros during the five years of validity of the Strategy, although it will add more than 4,800 million, if the initiatives planned in the Madrid Strategy for Employment in the years 2022 and 2023 are taken into account, sources from the regional government specify to Efe.

Among the measures envisaged in matters of Justice and Emergencies, are the collection of babies to avoid their abandonment through the 112 and 012 guaranteeing the protection of the identity of the mother and a specialized program of intervention with young offenders who comply with a judicial internment measure and who are mothers of children under 3 years of age and/or who are pregnant.

It will also delve into the humanization of justice with the introduction of rest rooms and lactation, as well as baby changing tables in the new court buildings.

The interdepartmental Commission created last July to address this Strategy will be permanent, under the coordination of the Ministry of the Presidency, Justice and the Interior.

To develop the Strategy, the statistics have been analyzed, two discussion groups have been organized for women between the ages of 20 and 45 who have children and would like to have more, and women who do not reject having them in the future and an online survey was carried out on 500 women and 300 men, between 18 and 45 years old and residents in the Community of Madrid.

The statistics show that it is “urgent”, according to the regional government, to launch actions because women have fewer and fewer children, start having children at an increasingly older age and there is an increasingly lower proportion of women of childbearing age.

The number of births has been decliningor both in the Community of Madrid and in the whole of Spain from 1976 to the present, except between 1998 and 2009.

According to the latest available data, in 2019, 15.7 percent of births in Spain took place in the Community of Madrid.

The average age of mothers in Spain is 32.3 years and 33.1 years in the Community of Madrid.

Both in the country as a whole and in the Community of Madrid, women have between one and two children, although more and more women have only one child.

In relation to fertility, the percentage of women between 20 and 44 years of age over the total population has been declining over the last fifteen years in the national group and in the Community of Madrid, as a consequence of the aging of the population and the increase in life expectancy.

According to data from the 2018 Fertility Survey of the National Institute of Statistics, the Community of Madrid is the third region with the highest percentage of women of childbearing age (between 18 and 44 years old) who intend to have children in the short term.

Women with no intention of having children in the short term could reconsider their decision if some economic and labor conditions change, as well as access to flexible childcare options.

According to the conclusions of the sociological study, citizens believe that the Community of Madrid should aspire to be a benchmark in the support for the decision to have children and in accompanying families, although other Administrations should also get involved.

Among the measures that they consider appropriate to promote the birth rate and that the Community of Madrid could adopt, the citizens believe that they should rationalize and make the schedules more flexible to favor the conciliation (60 percent), improve economic aid and tax benefits for families (40 percent), facilitate access to housing (40 percent) and strengthen health and educational services.

Many women participating in the research express their desire to have easier access to assisted reproduction treatments, receiving assistance during pregnancy and after childbirth and have more information about the resources and aid available to the Community of Madrid in this area.