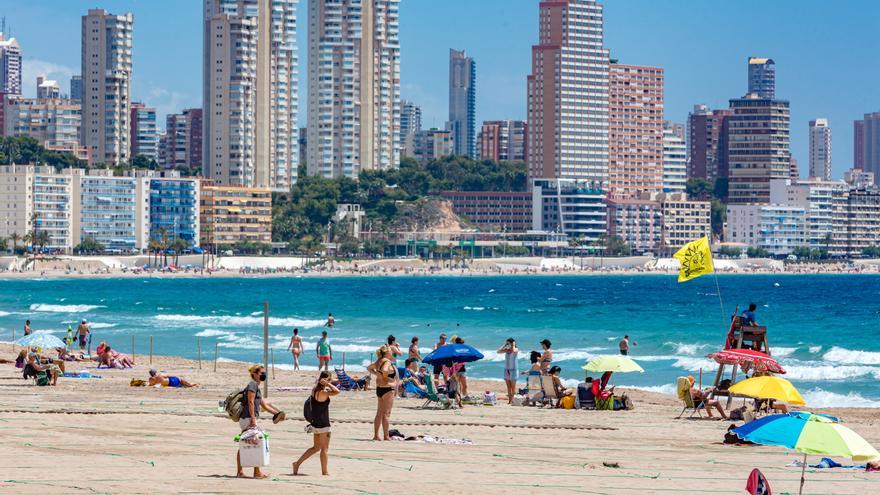 Until almost two years ago, the biggest concern in the tourism sector, at least in our area, was undoubtedly Brexit. The departure of the United Kingdom from the European Union pointed to important problems for a sector that, in our province, is fundamental.

The SARS-CoV-2 virus outbreak and its permanence for 15 months has relegated that problem to a second line because now it is not only about saving British tourism, but the entire tourism sector and its associated industries.

It seems that we are beginning to see some light, especially in the more developed countries, except for irresponsible behaviors capable of absorbing the beneficial effects that are already evident with the progressive extension of vaccines; but a light that will not be clear until we are able to correct the problem on a planetary level.

In the specific case of the Valencian Community and specifically from the Costa Blanca, the great effort made by everyone in recent months, which has led us to be the area with the lowest incidence of the virus not only in Spain but, in the case of Alicante, in the entire European Union, with an incidence around the 30 infected per 100,000 inhabitants in the last 14 days, makes us trust in a reasonable rebound in holiday tourism, especially national and progressively, as the summer progresses, also international, with a critical point such as the amber traffic light that the United Kingdom has provisionally put us (it does not consider us a safe destination), which implies a ten-day quarantine for British returning from Spain, which is undoubtedly a very important disincentive for the British to decide to come to our land to spend their holidays.

Also Read  The UK Government Has Failed To Handle Covid, But Municipalities Give A Ray Of Hope | local government

From our point of view, it is a great injustice to the Costa Blanca -for which British tourism supposes practically 40% of foreign tourist arrivals– since our infection rate at the moment is the lowest in the European Union and, of course, lower than that of the United Kingdom itself. The problem is that the British do not consider regions but the country as a whole.

Correcting this injustice is a task that must commit all local, regional and national authorities, with the aim of convincing the British executive that tourism in the Valencian Community and especially on the Costa Blanca, is safe tourism, at the level of best practices around the world.

And in that it seems that our authorities are, at least they manifest it. It is a very important problem for us, but with a reasonably easy solution if the communication channels between the two countries are opened correctly.

And now, with COVID-19 on track, BREXIT reappears, with not only temporary but also structural impacts to which, in my opinion, we have not paid the attention they deserve up to now, and which affect another sector, that of residential tourism and associated construction, as important, at least, as vacation tourism in our area.

As of January 1, 2021, British nationals not resident in Spain, Like any national of a country outside the European Union, they must comply with the entry requirements established in the Schengen Borders Code which, among others, establishes that, in general terms, the stay may not exceed 90 days per period of 180 , either in one or in several visits.

Undoubtedly, these new relationship conditions make it very difficult for British nationals not residing in Spain to acquire and maintain homes in our area. And we are talking about the largest group of foreign investors in housing in our area, constituting the basis of an essential medium-level residential tourism for us that, frequently, spends long periods in their home in Spain, without acquiring residence in many cases, and He rents it in his periods of absence. Losing this group is a luxury that we cannot afford, and that does not seem to have the focus among our political class that I think it needs so that this crisis can be resolved in the best way.

Working for the revision of this Schengen Code in the European Union in relation to the United Kingdom should be a priority, at least for the Spanish deputies in the European Parliament. We are going a lot in that negotiation.

All this without taking into account a specific but also very important issue, such as the validity of the decree 689/1978, which requires a special permit from the Ministry of Defense to citizens from outside the European Union who intend to acquire a property in areas close to strategic points for defense, such as Vega Baja del Segura due to its proximity to the naval base of Cartagena.