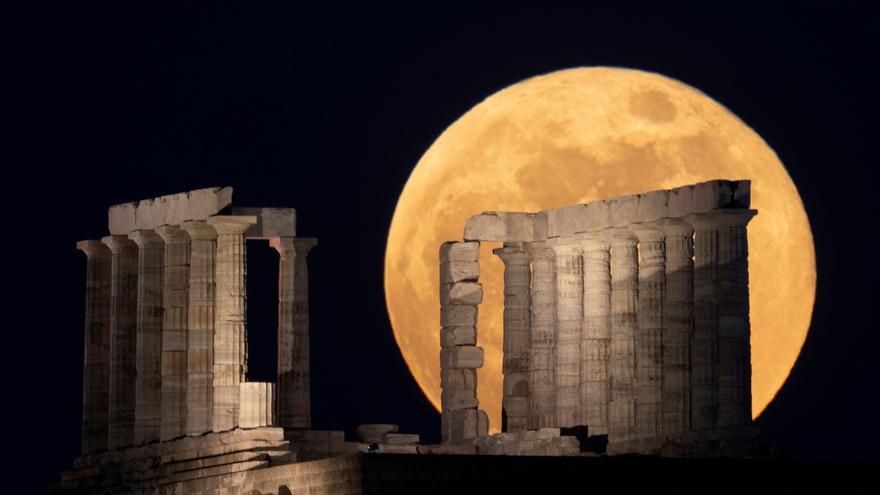 Those who are used to changing countries and cities for a large part of their life always leave a part of themselves, good and bad, in each place. And it is the passage of time that is responsible for recovering what is worth remembering, to be lived again. In the books of Kallifatides published in Spain in the Galaxia publishing house Gutenberg we attend your back to greece and the memories that he left in his childhood and youth. The older Kallifatides walks through the squares and streets the boy Kallifatides walked through while explaining to the reader the story of himself and his family, that is, the history of Greece. In The past is not a dream (2021), the author recovers his early years and explains the reasons why he had to emigrate. After the WWII, in Greece, there was a covert civil war between supporters of Nazism and left-wing democrats. The resulting political regime was an almost dictatorial right-wing government whose culmination some years later took the form of the dictatorship of the Colonels (1967-1974) when Kallifatides he had already left.

At the beginning of this century, when i visited greece For the first time, I had the feeling from the first day of knowing each city and town that I walked through. All the photographs of Greek temples and famous sculptures mutilated by early Christians that I had seen over and over again since my childhood took shape in front of me. Seated on the steps of the Theater of Dionysus in Athens, where it was first performed Antigone of Sophocles, I recovered my youth readings of the classics. In Delphi, when I was going up the stone path that leads to the Temple of Apollo, the place where the oracle gave his advice, I could not help but feel a shudder when I realized that Alexander the Great had walked up from that same place.

The philosopher Julián Marías recounted in his book Notes from a trip to the Orient (Pages of Foam, 2011), a beautiful book written in 1934, that the night before visiting Athens all the students of the cultural cruise that crossed the Mediterranean received a lecture from one of their teachers, the philosopher Manuel García Morente, which ended with the following sentence: do not forget that tomorrow you are going to see the same sky that Plato saw. It doesn’t matter how many times Greece has been invaded, whether Nazi Germany appropriated its aesthetics or whether economic crises have hit it constantly for generations. The Parthenon continues to represent the best of the human being: the beauty of a sculpture, learning through reasoning and democracy.

In that first trip to Greece I spent a few days in Ithaca, which more than an island looks like a mountain stuck in the sea. Shortly before Javier Reverte had published his well-known book Ulysses Heart (1999), which I carried in my travel bag, so as soon as I set foot on the island I went to the Tsiribis pension-restaurant, whose owner, Dimitris, talks so much Reverte in his book. One midday in March I entered Tsiribis looking for a room. Dimitris’s parents, charming old men dressed in black who looked like something out of a movie Irene Papas, they told me by signs that Dimitris I was sleeping. It was 2 in the afternoon. After a while I decided to go to the center of town to find a hotel. On the street, suddenly, I heard a voice saying good afternoon to me in English. It was Dimitris, leaning on a balcony railing, half asleep, smoking and shirtless. I told him I was looking for a room for a few days. The hotel was closed, he replied. And when will it open, I asked to give conversation. Dimitris looked at the horizon, took a drag on his cigar, and told me later. I couldn’t help but smile. Dimitris, ehe protagonist of Javier Reverte’s book, little less than he was sending me to gargle. Too bad, I told him, I would have liked to be in the same hotel where he was Javier Reverte. I slung my duffel bag over my shoulder as I waved goodbye and started walking. In a few seconds he called out to me with his cavernous voice. He told me to stop by at night: he invited me to have a glass of wine and to chat for a while.

The morning I left Ithaca, almost at dawn, I did so leaning on the rail of the ferry that leaves all the days of Vathy, the main town of Ithaca. The sea was a silent raft surrounded by wooded mountains. More than three thousand years ago, I thought, Odysseus, king of Ithaca, left this very port in the direction of Troy.