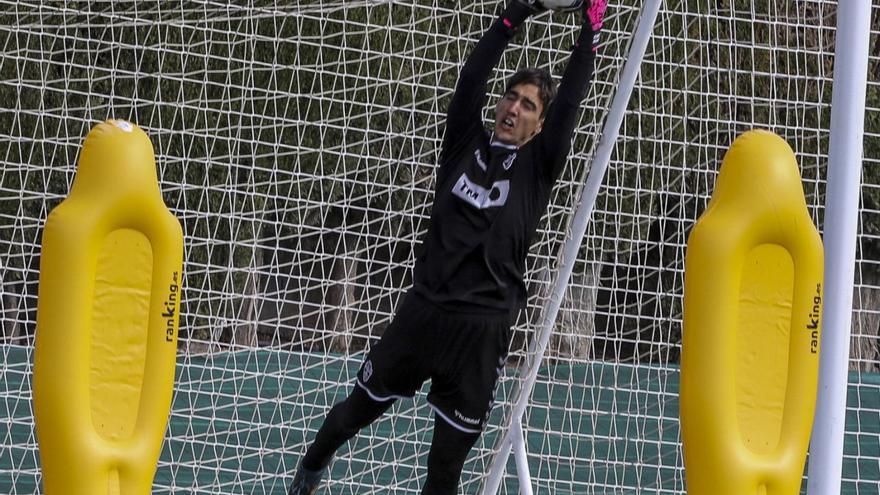 Edgar Badia started again with Elche last Sunday, at the Son Moix stadium in Mallorca, after seven months. The Catalan goalkeeper had played for the last time on April 9, at the El Alcoraz stadium, against Huesca. On that occasion, a ruling sentenced him to the substitution. Escribá opted for the Argentine Paulo Gazzaniga in the final stretch of last season and in the first 12 games of the current campaign he has opted for Kiko Casilla.

Badia has always had the support of the fans, who demanded the coach to give him a chance. The French-green goalkeeper said yesterday, in statements to the club’s official channels, that he was “very happy” to play again. «In the end, what all the players want is to participate in the weekend’s matches. As professionals that we are, we train hard every day, we help the teams from the position that corresponds to us and we are prepared to help when the opportunity comes ».

The Elche goalkeeper assured that he had “good feelings”, despite conceding Mallorca’s equalizing goal in the 94th minute, in an action in which he misjudged the start. “That will allow us to improve the details and get to the next game better,” said the Catalan goalkeeper, who has been training hard for the last seven months for when he has to play again.

Badia regretted that “for small details” they missed again “a victory, which was very important to break this dynamic that we have been without winning games.” The goalkeeper commented that “we must not be left alone with the result. The team took a step forward, played a good game and due to two mistakes we missed a match in which we were good with the ball. We play away from home against an opponent who is strong and who is showing in this League that he is very competitive. We went ahead twice and, due to small details, we did not get the result we wanted, “he insisted.

The Catalan goalkeeper is clear that they must take advantage of this 15-day break in the League due to the international commitments of national teams “to reflect.” “Now we have a few days until the next game and I think we will get there well.”

Edgar Badia wanted to send a message of “tranquility” despite the fact that Elche has moved into relegation positions for the first time this season. “We are united and there are small details and small mistakes that are hurting us a lot. We are not getting that victory that would give us a leap in quality in qualifying, but we are convinced that we will soon achieve it ».

The goalkeeper insisted that “we have many days to analyze what we have done wrong and what has been done well, to influence it. We have to prepare well for the next game, which we play at Martínez Valero, against a difficult opponent like Betis, but I think we can beat them ». Badia assured that winning Betis would mean “a turning point to break this dynamic. I have a lot of confidence in this team.

The goalkeeper also wanted to send a message and make a call to the fans: «With the union between the team and the fans, the results will arrive and the objectives will be met. We have to be united, both they and us. You have to have confidence, because we are taking steps forward. Points are escaping us for details, but the results are going to come, because we are going to improve them. This template has even more to give. The team is taking steps forward and I am sure that we are going to make our fans enjoy themselves and with them in the stadium we are going to celebrate victories and Elche is going to move forward ».