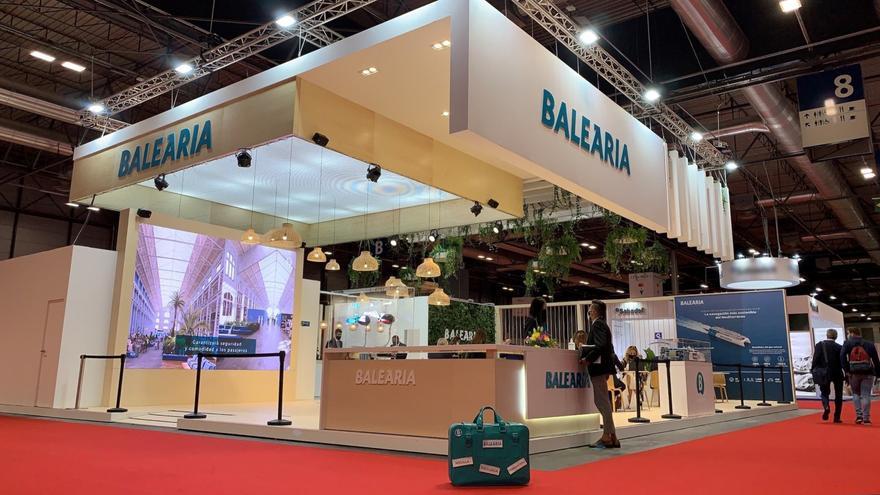 Baleària is once again present at the International Tourism Fair 2022 (FEATURE), with a space open to the public located in the hall 10 (stand 10, D10) of IFEMA Madrid from this Wednesday. The shipping company reaches a new edition with the aim of sharing with the different interest groups its commitment to a fleet that combines two strategic concepts: the innovation at customer service and sustainability for the benefit of the planet. Thus, the most outstanding event will be on Wednesday at the shipping company’s stand, where Baleària will present the construction of the primer ferry electric with 0 emissions in approaches and during stays in the port of Spain and with experimental use of hydrogen, destined for the route Ibiza-Formentera.

The shipping company also arrives at the tourism fair with the ambition of promoting and boosting its local character, consolidating its leadership in its respective markets, as well as reaffirming its commitment to culture, gastronomy and sport as levers for the sustainable development of citizens and the territories where it operates.

Baleària has organized a meeting with travel agencies, a discussion with influencers that will deal with how social networks can encourage tourism and a round table on digitization as a driver of transformation in the tourism sector. Gastronomy will also have its space with the presentation of TaPalma 2022, of which the shipping company will be the main sponsor, and two showcookings. Likewise, during the fair various collaboration agreements focused on tourism and the promotion of sport will be signed.

Baleària participated for the first time in its history in the United Nations Framework Convention on Climate Change, known as the Conference of the Parties or COP26, which was held in Glasgow at the end of last year. Javier Cervera, head of Baleària’s Energy Transition, attended the negotiation plenary sessions of this 26th edition as an Observer Member of the United Nations thanks to the fact that the shipping company has been a Gold member of the Fundación Empresa y Clima (FEC) since last year .

The shipping company was part of the team of representatives of the foundation in the events parallel to the convention, in what is known as the blue zone, a physical space intended for members of the national delegations, United Nations workers, the media and observer organizations. In these forums, country delegates meet for formal negotiations and informal consultations. Similarly, they can also participate in meetings with other delegations to clarify their position and interests when the objective is to reach an agreement or overcome a deadlock in the negotiations.

Baleària’s environmental commitment has made it bet on the use of natural gas, in which it has invested 380 million euros to have a fleet of up to 9 new-generation ships, including new construction and reengineering, which unite its two main strategic axes: energy efficiency and decarbonisation (thanks to the use of more eco-efficient fuels) and digitization (smart ships). On the other hand, it has also immersed itself in transversal projects such as the Green and Connected Ports of the European Union, through which it has installed sensors and measurement systems in some of the ships to monitor and manage the use of fuel and emissions in time. real.