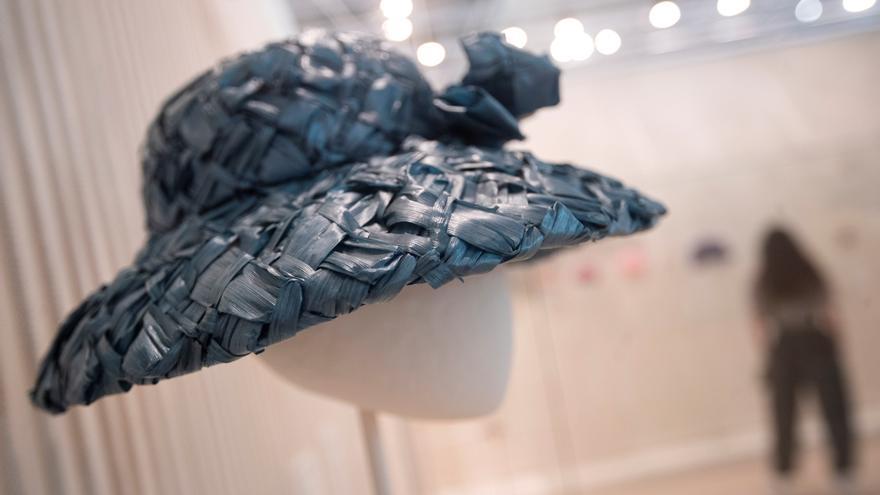 Berets, caps, caps, pamelas or pillbox are the absolute protagonists of ‘Balenciaga. The elegance of the hat ‘, the first international monographic exhibition focused on hats and unique headdresses by Cristóbal Balenciaga, which opens this Wednesday at the Design Museum.

The Basque fashion designer considered that “the hat is a question of architectural balance: it crowns the building of the dress”, something that the two curators of the exhibition have taken into account, the curator of the Cristóbal Balenciaga Museum of Guetaria, Igor Uría, and the curator of fabrics and clothing at the Barcelona Design Museum, Sílvia Ventosa, at the time of displaying these accessories, which have ceased to be in force decades ago.

Those who come to Plaça de les Glòries will be able to see, until next October 3, a total of 87 hats, of which 78 are presented individually, nine accompany a set, and there is a dress with a stole.

The exposed models were made in the headgear departments of Casa Balenciaga in Paris and Madrid.

Igor Uría explained that the exhibition is the result of an investigation of several years between the two institutions and, in addition to “illuminate” again these objects, which for his designer covered “a small proportion of our body, our head, where our thoughts are kept”, he wants to highlight the brand’s hat department, “what was behind the curtain”.

Nor has he ignored the fact that it is a question of “putting in value the feminine world” that “gave shape and value to Balenciaga’s designs”, women of high economic power, “Las Balenciagas”, that, as can be seen in one of the bills that are displayed in a display case, in 1966 they could pay 184 dollars for a “Brown straw hat”, or up to a total of 10,350 pesetas, “a real fortune in 1957”, for about dresses and hats for the Christmas period.

Sílvia Ventosa has added that they have distributed the headdresses, hats and dresses in such a way that “they can speak to us now, in 2021, looking for a contemporary and modern exhibition, while we have sought to have small dialogues between these pieces.”

Ventosa has remarked, on the other hand, that along the route it will be possible to “meet a world of invisible women, that they had the skill of a trade and that with Balenciaga’s designs they created objects with animal hair or feathers “.

Cristóbal Balenciaga, who at just 22 years old, in 1917, already started a career in the world of fashion that would lead him to be one of the most important creators of world haute couture, he updated historical and popular headdresses, while playing with “the harmony and contrast of colors, seeking to create a profound visual impact.”

He was both inspired by the great straw hats of the Mediterranean peasant cultures or Basque popular culture, as he reinterpreted the headdresses of the nuns and the flat hats of the priests with large wings, at the same time that he took from the world of the bull and from the majos the strawberry trees, nets, headdresses, tricorns and monteras.

In his workshops, simple materials such as the wool or straw along with other luxurious and exotic like mink, monkey hair, or rabbit and goat hair.

In another section of the exhibition, it is highlighted that Balenciaga took into account when making his creations the “harmony between the shape of a hat or a headdress, the set of clothes and the face of the woman who would use it”. The first deputy mayor of the Barcelona City Council, Jaume Collboni, has shown his happiness at finally being able to open this exhibition, affected by the coronavirus pandemic, and which in the coming months can contribute to “reinforcing the creative and artistic capital” of the town.