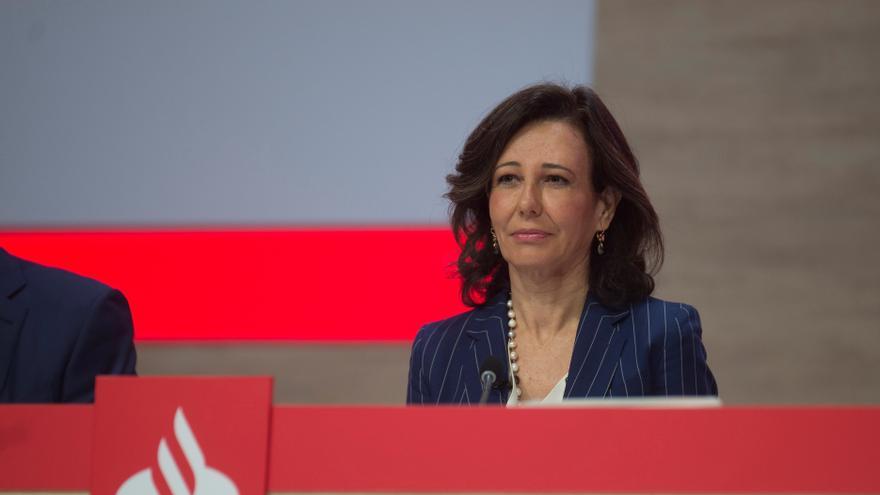 Banco Santander obtained an attributable profit of 5.849 million in the first nine months of 2021, in front of some losses of 9,048 million in the same period of the previous year, when the bank updated goodwill and deferred tax assets (DTAs) with no cash effect.

Excluding the net charge of € 530 million for restructuring costs made in the first quarter of 2021, the ordinary profit for the first nine months was 6,379 million, an 87% increase than in the same period of the previous year.

This is Santander’s highest ordinary profit in the first nine months of the year since 2009, according to the bank.

In the third quarter, the bank obtained an attributable profit of 2,174 million, a 25% increase than in the same period of the previous year.

“We are on the right track to significantly exceed our profitability targets for 2021, while maintaining a ‘fully loaded’ CET1 capital ratio at the top of our target range of 11-12%. All of this allows us to offer attractive remuneration. to our shareholders and to continue investing in future growth “, highlighted the president of Banco Santander, Ana Botín.

Santander announced in September its decision to set a remuneration on account of this year’s results of approximately 1,700 million euros with a cash dividend of 4.85 euro cents per share and a share buyback of 841 million euros.

In the first quarter of 2022, the entity will announce an additional compensation charged to the benefits of 2021.

“We are confident that we will reach our profitability target in the medium term of 13-15% thanks to the progress made, an improvement in macroeconomic forecasts and the great execution capacity of our teams in all regions and all businesses,” he added.

The president of Banco Santander has also stated that “once again” all regions and all businesses show good revenue growth.

Thus, as noted, The United States and the United Kingdom excel this quarter, which demonstrates the success of the entity’s strategy in these markets.

The ordinary profit before tax was 11,432 million in the first nine months of the year after growing 74%, while taxes on profits in the period were 3,911 million euros, which represents an effective tax rate of 34%.

Net interest income grew by 7% in the first nine months, mainly due to the higher volumes of loans and deposits, and the lower cost of the latter, while the net margin grew by 11% year-on-year in constant euros, to 18,848 million euros, driven by an increase in loans (+ 4%) and deposits (+ 6%).

In addition, total revenue increased 8% to 34,626 million euros, which, together with cost control, drove an increase in profit before provisions (net margin) of 11%, to 18,848 million euros.

For its part, the NPL ratio fell four basis points compared to the previous quarter, to 3.18%, and the coverage ratio stood at 74%.

Also Read  The benefits of showering with cold water

The cost of credit (what the bank provisions based on the expected loss of the portfolio) was better than expected, with a reduction of 37 basis points compared to last year, down to 0.90%, thanks to lower provisions.

The bank generated 48 basis points of capital organically in the last quarter, which was offset by impacts of -33 basis points from regulatory and other issues. The entity has already accounted for almost all the regulatory impacts foreseen for the year as a whole.