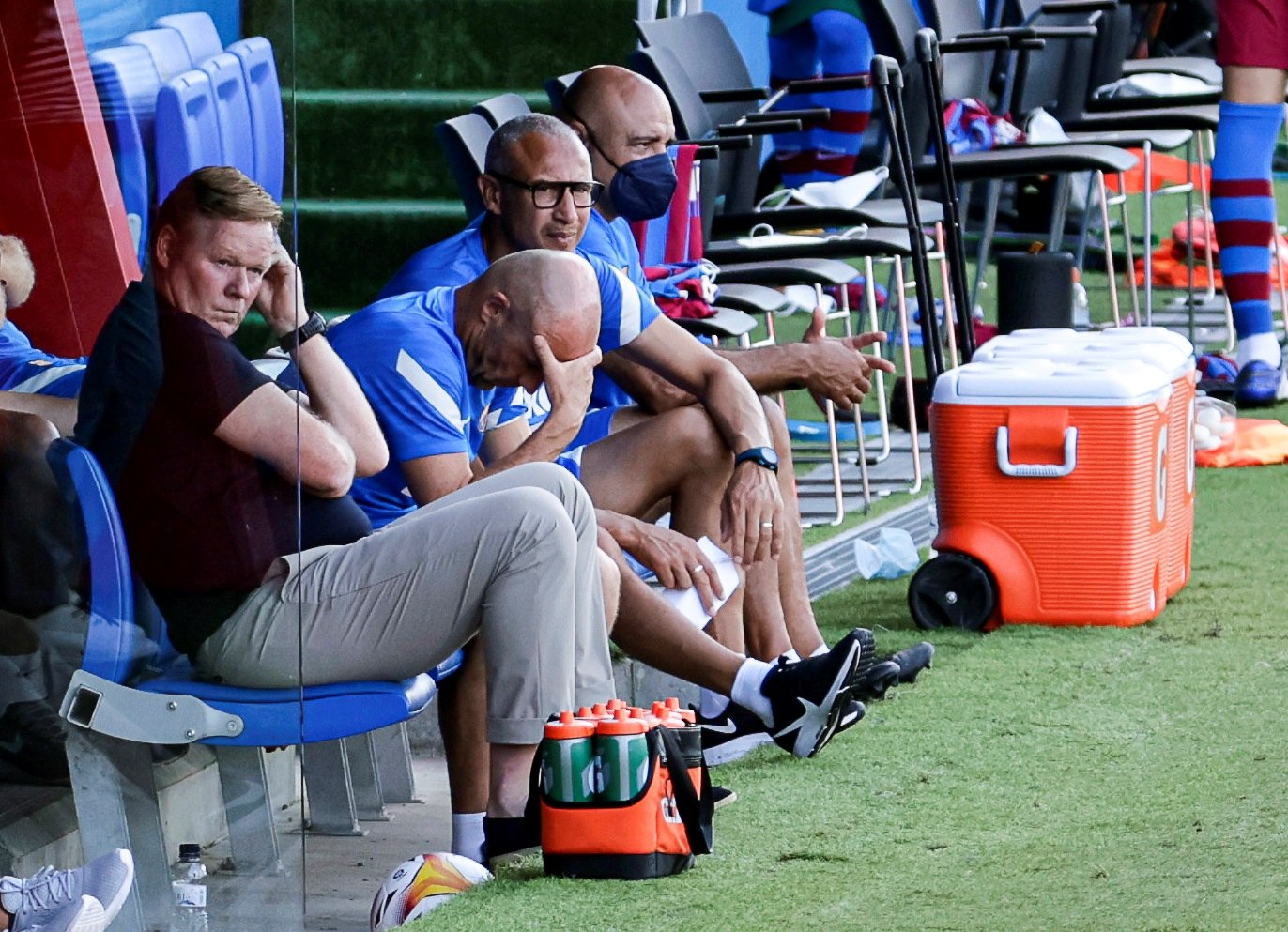 The first game of the Blaugrana preseason served to confirm some of their worst fears: Barça 2021/2022 will jump to the fields of half Europe as if the players were ten years old and their parents allowed them to sleep at a friend’s house for the first time, maybe not even that. Not even the cruelest Galician mothers, used to buying our pajamas at the worst fairs in Portugal, went so far in the aesthetic discredit of a son, a nephew or a neighbor, let alone in that of a sports club with more than a hundred years of history and the weight of a city like Barcelona behind it. Someone, sooner rather than later, should sit down with Nike creatives to explain that the entity’s photogenic legacy cannot be played with like a supermarket cupcake wrapper.

Laporta will have to lighten the salary mass of the first team, fit in the new contracts and improve the competitive level of a team that already showed certain signs of sports recovery last season

For the rest, the crash left us that aroma of the early preseason, with a team full of promising kids who we will remember fondly for the rest of the year unless the composition of the squad suffers a proverbial wiggle, an extreme quite unlikely when your list of discards lives perfectly accommodated between the substitute bench and the closest branch of La Caixa. No club in the world, not even the so-called State, seem willing to pay salaries that someone signed in his day as a Disney character could tattoo himself on the buttock: irremediable absurdities of a summer night. “It was a market opportunity”, Josep María Bartomeu explained the day he presented Antoine Griezmann in society. There are not a few partners and fans of the Catalans who today -and loaded with reason- wonder for whom.

It is not the only case, of course. Not even the most serious or extravagant within a kilometer-long staff full of broken promises and broken dreams, the ultimate consequence of a headless, random sports policy full of dark corners where it is scary to look. If de Rosell legend has it that he arrived at the club with a folder full of names to sign, nothing prevents us from imagining that Bartomeu would have left a Ouija board and a glass with his fingerprints forgotten in the presidential office: just like that we could find some logic to what was plotted there unless justice ends up ruling anything else one of these days.

Meanwhile, the immediate future of Barça is entrusted to the audacity of Laporta and Mateu Alemany to achieve the impossible, that is: lighten the salary mass of the first team, fit in the new contracts and improve the competitive level of a team that already He gave some signs of sports recovery last season. “It could be worse”the most optimistic will think. The squad has some more than interesting wickers and Koeman seems to have gained a certain authority among his hosts: it is not a little loot coming from where it comes or dressing as it is dressed. Right now, and if nothing goes wrong more than it should, Barça seems set to become a great public tragedy, like Belmonte’s bullfighting, with all the beauty and danger that such glory entails.