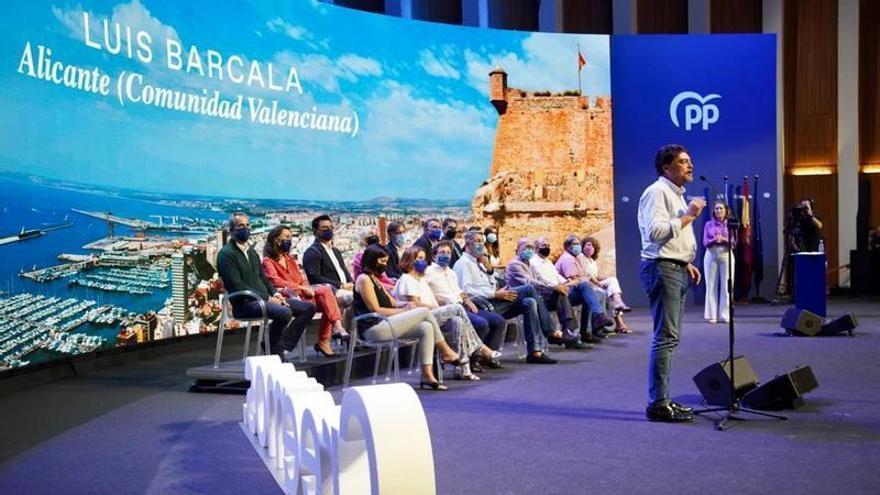 “Education becomes for the radical left an instrument of submission. The germ and the seed of independence is sown in this Community as well, “the councilor asserted from the stage of the Les Arts auditorium.

Barcala has valued the role that, it assures, local administrations represent as counter-power to the regional executive chaired by Ximo Puig. “From City Councils like Alicante and with the Provincial Council, with Carlos Mazón at the helm, we have said no. We are the barrier that prevents this outrage and we will not allow it. The coexistence here will not break as unfortunately it breaks in other places. There is the PP to avoid it, “he defended.

During his speech, he recalled that he came to power in 2018. “I did what a left tripartite had not done in the previous three years:”I lowered taxes, canceled the adjustment plan and left the debt of the Alicante City Council at zero. Alicante owes nothing to anyone “, he stressed.

With the arrival of the coronavirus pandemic, according to Barcala, it has been shown that it is “the global hour of municipalism” as the Administration closest to the citizen. The mayor has considered that while the central government and the Generalitat were dedicated to putting patches, the municipalities solved real problems and has given as an example his own management, ensuring that during the confinement he held government meetings without interruption to approve projects for 25 million euros. Euros essential for Alicante.

“We bring the sun, the beaches, the good weather, but in the Valencian Community we have the misfortune of a Generalitat that punishes the freedom of parents, especially in educational matters,” he emphasized.

Barcala has intervened in the national convention of the PP in the framework of a colloquium starring 17 popular mayors of each of the autonomous communities, including the councilor of Madrid, José Luis Martínez-Almeida. The mayor, received with a great ovation from the attendees, addressed the president of the Generalitat, Ximo Puig, during his speech regarding his proposal to establish mechanisms to tax the capital effect of Madrid.

“Madrid, Ximo, does not deserve a tax. What Valencians deserve is a government that lowers them, and that will be Carlos Mazón“, has emphasized.

The table of mayors has been moderated by the spokesperson of the popular group in Congress, Cuca gamarra. “The great objective is to build an open and modern alternative, the one that looks to the future, the one represented by mayors and councilors who want to make Spain a great country,” Gamarra said.

The president of the Popular Party of the Valencian Community, Carlos Mazón, will speak from 6:00 p.m. on the part dedicated to “The necessary alternative”, where presidents of the training at the regional level will participate with the Vice Secretary of Organization, Ana Beltrán, as moderator. Before that, at 4.30 pm, it will be the turn of the table “The party of the people”, with provincial presidents of the PP, including Alicante, Toni Perez, and the party’s spokesman in the Senate, Javier Maroto, will be in charge of moderating.

Also Read  Pandora Papers: British Virgin Islands, the territory of the United Kingdom in the Caribbean that became one of the main tax havens on the planet

The PP faces this Saturday in Valencia the final stretch of its national convention and its leader, Pablo Casado, tries to display all the territorial power of his party, backed by all its regional presidents, including Isabel Díaz Ayuso, from Madrid, who will focus all the looks after his clash with Genoa for the command of the Madrid PP.

After touring the capitals of the autonomies administered by the PP last week, the popular ones end their conclave in Valencia, where the party assumes the leading role to project what they consider the only possible alternative to the Government of Pedro Sánchez: the union of the center-right in around the acronym of the PP.

The election of València for the celebration of the conclave also supposes an accolade to Mazón, who took the reins of the party in the Community last July and needs to gain visibility and add influence. Since then, he has greased the party machine to launch an electoral campaign committee. The analyzes carried out by the PPCV reveal that the degree of knowledge among the population of the new head of the party is significantly lower than that of other leaders of the regional scene and, therefore, in recent weeks an advertising campaign with billboards and billboards has been deployed in which a photograph of Mazón appears next to his name and he introduces himself as “The president of all.” in Alicante, Valencia and Castellón to make it known.