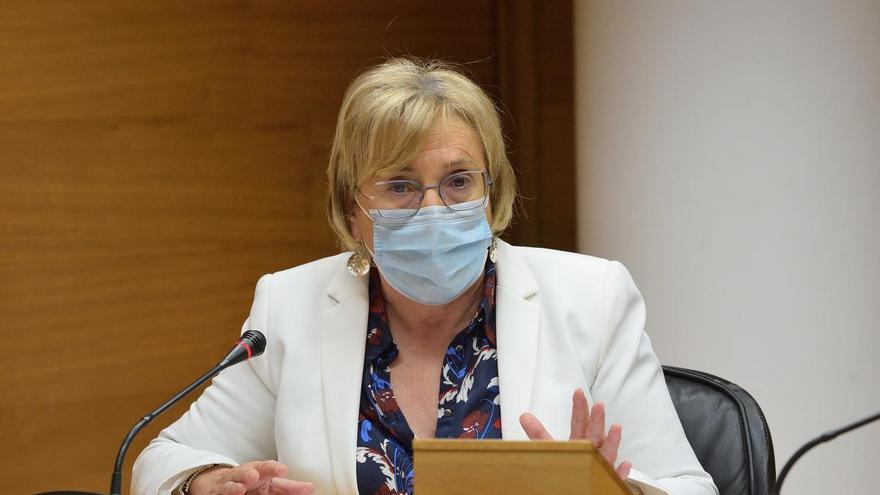 Barceló has appeared today in the Health Commission of the Courts, at his own request, to report on the imminent reversal of the Torrevieja health department through a process that, he has assured, will be undertaken “with total legal security and attending to the assistance needs of the protected population“In this case, 180,000 people. However, the councilor has not offered details today at the parliamentary headquarters on the decree for the incorporation of staff or on what will be the main changes that will be established in the operating system, for example, with in relation to the portfolio of services. “improvisation and sectarianism” and predicting that will lose quality of care as happened, they argue, in the reversal of Alzira.

The intervention of the councilor has revolved around the boycott that, she has denounced, the concessionaire company is carrying out for its refusal to collaborate, and, also, on the indirect management model implemented in its day by the PP in which the health was conceived “as a business“. A formula, he has added, that”socialize losses and privatize profits“And furthermore, he added,” it did so without reports of any kind, neither economic nor viability to support the decision, “while at this time, the Consell has a study, which not only covers the economic part but also the assistance, and with other reports that support the reversal.

“The health planning of the public network has been designed in the 20 years of PP governments, to a large extent, based on the interests of the companies awarded the concession model. The most profitable and attractive departments have been transferred to private management to guarantee these benefits, “he said.

Barceló has highlighted that the TSJCV has rejected the concessionaire’s requests up to five times in five months for the suspension of the reversal rules and the process itself, a judicial war that has already occurred in the department of La Ribera – the first to be reversed. What the councilor has come to denounce is that the company is in breach of the contract because, so far, not even has given the labor data of the workers. The concessionaire, he said, has not provided the list because Ribera “has it synergized, including the management team, and shares it between Vinalopó and Torrevieja”, which means “fantastic financial savings” for the group.

Even so, he has assured that once the future manager of the department, María Pilar Santos, has been appointed, “the management team is already prepared and ready everything necessary” for the reversal. In this sense, it has affirmed that this department is already incorporated into the GVA environment and the systems despite the fact that the concessionaire has not yet delivered the access codes to certain systems and trusts that the commitments still pending will be fulfilled despite the limited margin. .

In addition, he has regretted “las serious structural deficiencies“of the specifications for being” a copy and paste “, not including” control mechanisms “and having” interpretative gaps “, which has led to” continuous litigation in the courts: 62 legal proceedings filed by the concessionaires, 95% of them by Ribera Salud “.

What will be done in the next few days will be the publication of the decree for the incorporation to the Ministry of all the personnel who were hired by the company through the formula of the workforce to be extinguished, after Compromís and Unides Podem prevented the PSPV from promoting a public company to take over the management of the workforce. In this regard, it has detailed that more than 6,000 people have registered in the job bank to access the hospital, while the departments of Orihuela and Elche will provide support in this first phase.

Barceló has ensured that the Botànic will maintain its roadmap to recover direct health management.

From the opposition bench, José Juan Zaplana (PP), has criticized that the management is prioritized based on “the sectarian ideology of the left and has denounced today that the department of Torrevieja will lose 300 workers after the reversal and the Valencian Government” He doesn’t know yet if he will hire staff. ”

The spokesperson for Health in the popular group has asked Barceló “what is going to happen with the decree (of workers), when will it be approved, what happens with the collective agreement of the workers or with the selection process of the management team, as well as with the subcontracted companies that offer services to the health department and on which it has not clarified whether the contracts will be extended, new ones will be tendered or what will happen to the personnel. A week later nothing is known ”, has concluded.

From Cs, Fernando Llopis has questioned that the head of Health ensures that they are prepared for the change “but they do not even have the computer keys.” You have wondered “if this reversal is worth it” when it now means “less money and better results.” In that sense, he pointed out that the reversal of the Ribera supposed “an extra cost of 76 million and an increase of 25% of the waiting list”. However, he added that, personally, in health matters he has no ideology and that once the decision to reverse has been made, the concessionaire must deliver the data. “He will have me by his side so that the transition is orderly,” he told Barceló.

David García, from Vox, maintains that the Healthcare roadmap “is based on lies” and has asserted that the reversal in Alzira left dozens of workers in limbo.

In contrast, the Botanic deputies, despite their initial discrepancies about which model to apply to carry out the reversal, have closed ranks in defense of direct management. Carmen Martínez, from the PSPV, has stated that this was an electoral agreement and that “a person’s life is not measured by the cost of health treatment.” Carlos Esteve, from Compromís, has argued that the reversal is an ideological question to end a “black episode for the health of Valencians” since privatizing health is something that does not work. Pilar Lima, from Unides Podem, has reflected that the working conditions of the employees of these companies are deplorable because they charge less than in the public system, the personnel ratios are lower, the waiting lists are hidden, and there is technological obsolescence to save costs. “The pandemic has taught us the lesson that public health cannot be handed over to the highest bidder,” he concluded.