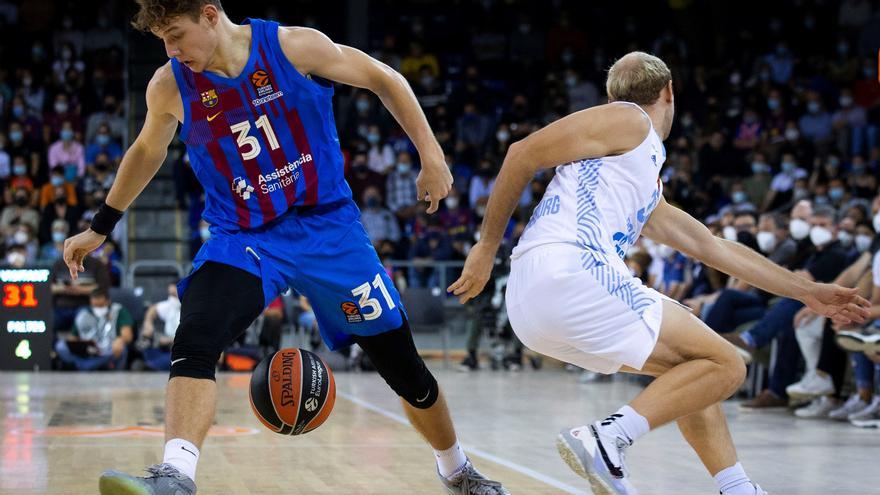 Barcelona remains leader and undefeated in the Euroleague after beating an erratic at the Palau Blaugrana this Friday Zenit de San Petersburgo by a convincing 84-58, after a great second quarter (24-8) and with Nikola Mirotic stellar (20 points in 15 minutes on the track).

The Catalans now share the lead with Armani Milan, who does not know defeat in the competition either. Barça’s victory this Friday is important, as two difficult trips await next week: on Tuesday, at the Fenerbahce court and on Thursday, at Maccabi Tel Aviv.

If in the quarter-finals of last season the duel between the Catalans and the Russians was a ‘battle’ that was decided in the fifth match, this Friday it was a Barça recital against a rival who excessively noted the departure of Kevin Pangos, his leader last season, to the NBA.

Neither Dimiry Kulagin nor Billy Baron nor Conner Frankamp could manage their team fluently and the injury of base Shabazz Napier, signed from the Washington Wizards of the NBA and who was a natural relief of Pangos, took its toll.

Saras Jasikevicius surprised by placing Turkish center Sertaç Sanli in the starting five, who reappeared after an ankle injury, but those of Xavi Pascual, in the best minutes of the Polish Mateusz Ponitka (9-14, m.7), forced the Barça coach to ask for time and the game was balanced to close the quarter with 20 -19.

A wake-up call was that only Mirotic (10 points) and Kyle Kuric (7) were effective at the premises. And Jasikevicius observed the rival weak point, rotating his three bases, Nick Calathes, Nico Laprovittola and Rokas Jokubaitis, marking different rhythms, which detracted Zenir, who conceded a partial of 16-2 (36-21, m.16) that broke the match.

The effectiveness of Nigel Hayes, Davies and Laprovittola led to a maximum local advantage of 19 points (42-23, m.17) that not even Pascual’s times could stop.

After the partial 24-8 in the second quarter and the 44-27 at halftime, Xavi Pascual had no choice but to try to make his team reactor, that he had lost 12 balls before the break.

Both teams repeated their initial quintets in the third quarter and Mirotic’s eight consecutive points made Barça already exceed a 20-point lead (52-27, m.22). Pascual’s despair was total and he stopped the game again.

The Catalan Zenit coach made continuous rotations and changes in defense, but his team had no order in attack and Mirotic had already added 18 points in just 12 minutes on the track without anyone stopping him.

Brandon Davies pounded the rim of Zenit, Mirotic went to the bench and Roland Smits placed the 62-35 (m.29) on the scoreboard, when Jasikevicius began to rest his key men and Pascual continued to move his bench.

With 66-41 they entered the last quarter and the rhythm of the game fell on both sides and Zenit took the opportunity to react timidly, but 17 losses were excessive.

A positive point for Barça was the expected return of Sanli, which, although lacking in rhythm, added 11 points and 5 rebounds and scored the maximum Barça advantage 84-56 (+28) in the 39th minute.

Observations: The players who conquered the Euroleague with Barça in 2010, and their coach Xavi Pascual, today in the ranks of Zenit, were honored at the beginning of the game for their continental conquest more than a decade ago.