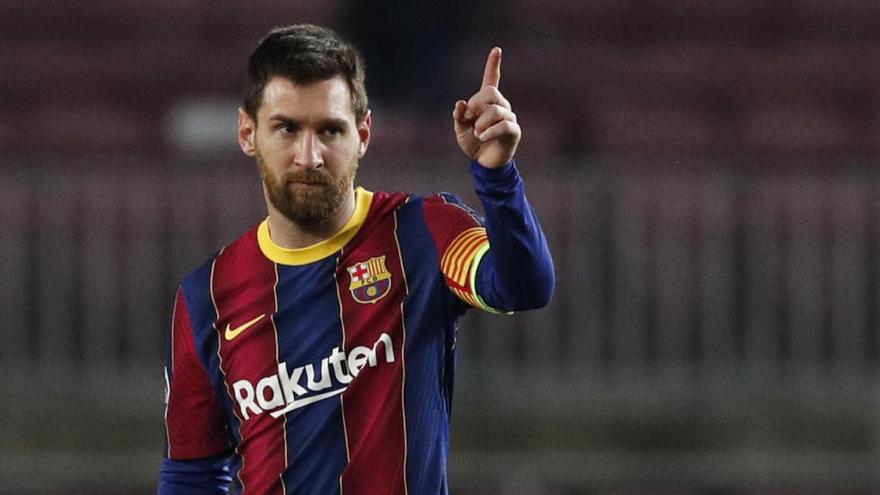 Behind the hard hit of reality that fit against Paris Saint-Germain, the Barcelona resumes the pulse of LaLiga Santander, where he has placed almost all his hopes of saving the season, receiving this Sunday to Cádiz at the Camp Nou.

Nevertheless, the azulgranas add seven consecutive victories in the league championship and, still 9 points behind the leader, Atlético de Madrid, they are reluctant to give up their options to fight for the title.

After the debacle against Mbappé’s PSG, Ronald Koeman gave two days of celebration to his men, who have had time to disconnect and change the ‘chip’ before the visit of the Andalusian team.

The only good news from the last European game was the recovery of central Gerard Piqué, started three months after injuring the ligaments in his right knee.

The return of Piqué as the ‘boss’ of the rear is essential for a team that has been doing bobbin lace all season to form the defense.

Koeman, who is still unable to count on the injured Ronald Araujo, Sergi Roberto, Ansu Fati and Philippe Coutinho, will make some changes tomorrow to host Cádiz.

The most likely is the return of Oscar Mingueza to the axis of the rear, to dose the return of Piqué or as a relief of Sergiño Dest on the right side.

Miralem Pjanic, by Sergio Busquets in the defensive pivot position, or Martin Braithwaite by Antoine Griezmann at the top of the attack could also be other novelties in the eleven.

Cádiz arrives at its worst moment of the season, with four consecutive defeats in which they have conceded fifteen goals.

The set of Alvaro Cervera He has not yet joined the second round and is approaching the relegation places.

Cádiz today is very different from what beat Barcelona at the Carranza stadium at the beginning of December (2-1). In fact, that was the penultimate game that Cervera’s team won and since then eleven days have passed, in which the people of Cadiz have only added six points out of 33 possible.

In Cádiz, right back Carlos Akapo, injured for weeks, will be dropped for this match; and the central defender Juan Cala, who is sanctioned for accumulating cautions.

The position of Cala in the center of the defense will be occupied by the Argentine Marcos Mauro, who played a punishment match against Athletic (0-4) on the last match for his expulsion the previous week at the Reale Arena against Real Sociedad (4-1).

There could be changes in the rest of the lines, since Cervera ended up very upset with the performance of his team against Athletic. Some could occur in the center of the field, as the coach recovers three players fresh from injuries.

The Danish Jens Jonsson, who trained with the group this week after being dropped on Monday in the last game against Athletic due to a fibrillar micro-tear, had been a starter since the second day without interruption.

José Mari, has already overcome the ailment that has had him three months without competing, could be available for this match by forgetting two injuries in a row, one knee and one quadriceps.

Madrid’s Álex Fernández has not played for four games due to another injury, being another important footballer for Cervera due to his versatility, since he can play as a mid-center or in the three-quarter zone, linking up with the forward and has even been used several times. as interior.

These footballers would alleviate the situation for the coach, who had to practically align the just midfield backwards against Athletic, while in attack Rubén Sobrino’s debut as headline is likely, on loan from Valencia in the winter market.