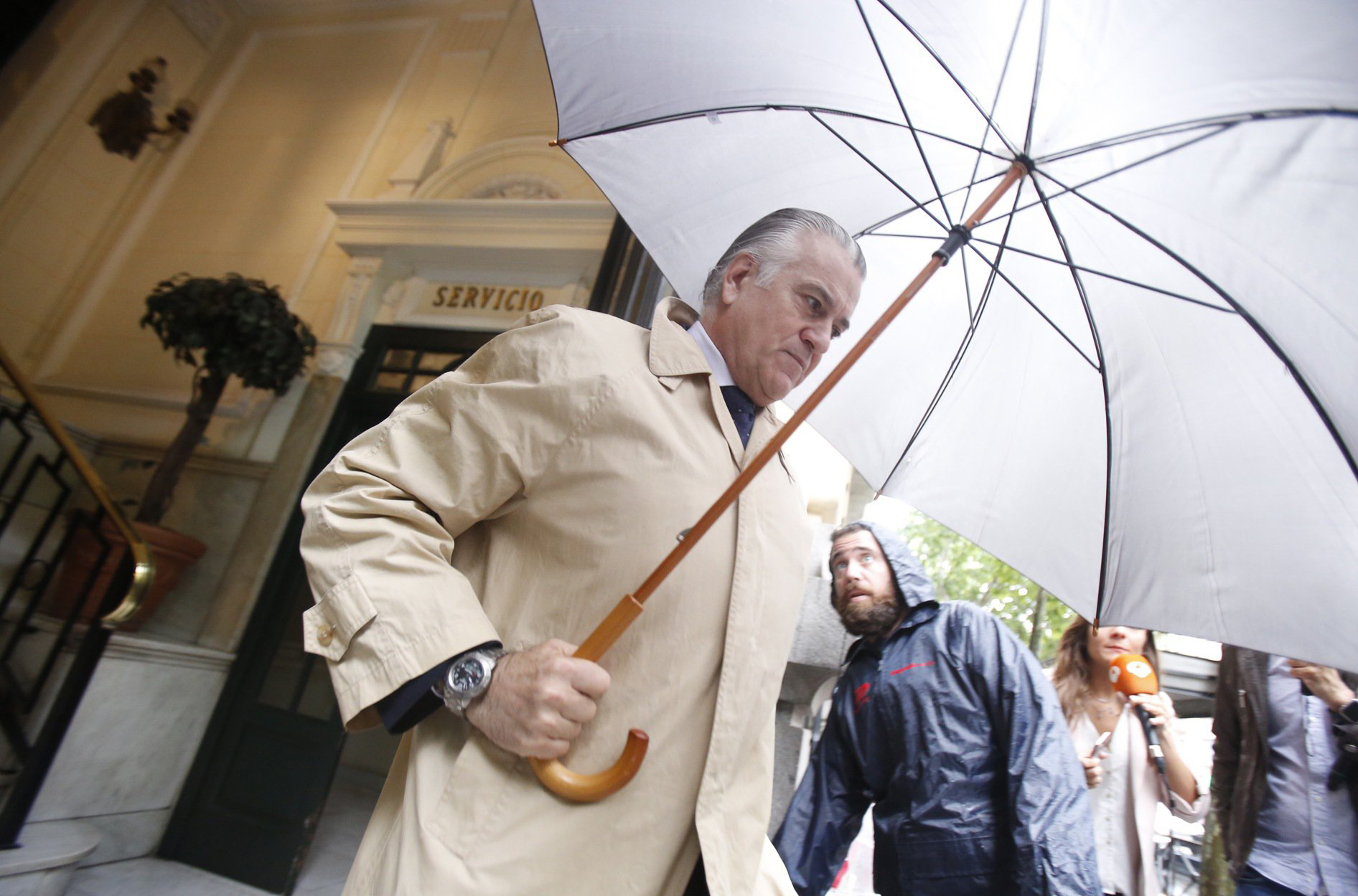 The scandal that the publication in EL PAÍS of the Bárcenas papers, a parallel and opaque accounting to the treasury that demonstrated the illegal financing of the conservative formation for almost 20 years, was aggravated now by the last confessions of the ex-treasurer. Luis Bárcenas maintains in the confession letter addressed to the Anticorruption Prosecutor’s Office that in some specific cases of which he has information there were awards of public contracts to businessmen in PP administrations in exchange for donations during José María Aznar’s stage in the Government.

The former treasurer has maintained the same version during the seven years of investigation of this case when referring to the eight million euros that the PP entered in box b for donations from businessmen. That money was not conditional on the awarding of contracts to businessmen who behaved well with the PP, according to Bárcenas. The former senator and former treasurer only admitted that the party called mayors or public officials from different administrations to attend to these businessmen, but without any commitment.

The last confession of Bárcenas radically changes and admits that “there may be some specific cases in which that motivation did concur”, referring to the award of contracts in exchange for donations. The court investigating Bárcenas’ papers has a separate room open where some indications are already accumulating that part of the money that the PP entered in its box b came from businessmen who had obtained public contracts in exchange. The crime of bribery always hovered over this case, but until now all the investigations had been unsuccessful.

Rafael Palencia is a businessman who, according to the investigation, visited a position in the Community of Madrid because Luis Bárcenas had told him to. And Palencia told that high regional official that he was willing to donate more money to the PP as long as they behaved well with his company in the awarding of contracts.

Judge Santiago Pedraz has continued to pull the thread and has commissioned the investigation of up to 23 million-dollar contracts (for 600 million in total) awarded by the Government of José María Aznar in five different ministries, in Renfe, in Adif and in Aena, between 2000 and 2004. The police proposed this line of investigation after finding some irregularities in the awarding of contracts in regional administrations in favor of PP donors.

Many contracts of the central administration were awarded to Constructora Hispánica, whose owner, Alfonso García Pozuelo, was one of the main donors, with nine contributions of funds in different years. García Pozuelo even suggested in the trial of the Gürtel case that it paid money to “central bodies” in exchange for the award of contracts. Francisco Correa, head of the corrupt Gürtel plot, clarified in the trial that “central organizations” referred to works of the central administration for which García Pozuelo paid money to the PP.

Judge Pedraz has requested “the full content of the contracting files”, the “initiation order”, the “list of particular administrative clauses and technical prescriptions”, “the offers submitted by all the bidders”, the “technical reports of assessment and justification of the scores awarded ”, the“ minutes of the contracting tables ”, the“ resolution of awards ”, the contracts and their modifications.

Bárcenas now points out in his last confession that he knows some practices such as those investigated by the National Court and will collaborate with justice in the coming weeks.