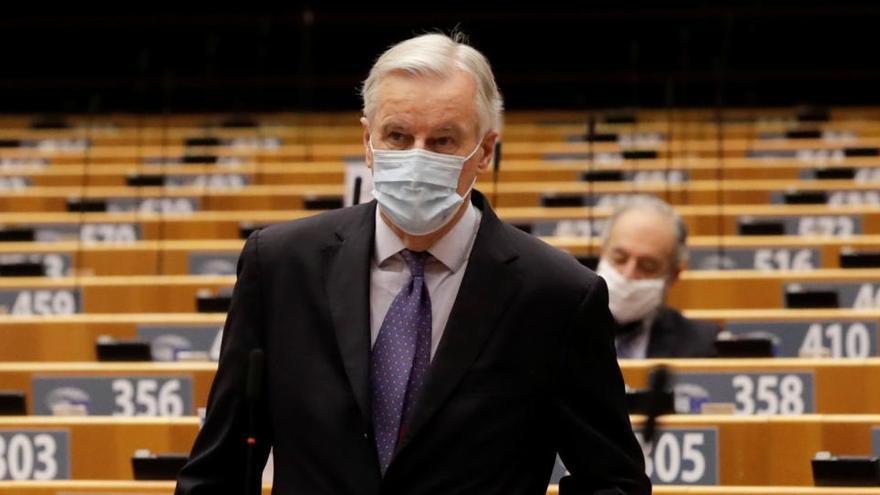 The negotiator of the European Union (EU) for the relationship with the United Kingdom after Brexit, Michel Barnier, warned this Friday that there are only “a few useful hours” left for London and Brussels can reach a pact to take effect on January 1, and stressed that he cannot say whether it will be achieved.

“We have very little time left, a few useful hours in this negotiation, if we want this agreement to go into effect on January 1“, declared the French politician during a debate in the European Parliament (EP).

He added that he is currently unable to say “what will be the result” of “the final stretch” of the talks, for which he urged to prepare for all scenarios, both that of a pact and that of not obtaining a commercial agreement with London before the end of the year.

In that sense, he explained that this morning he will resume dialogue with the British team, which he described as “a last attempt to find an acceptable agreement, especially on fishing”, which has become the main obstacle to the agreement.

“We are not sure of achieving it if each one does not make a real and concrete effort to find a compromise “, he pointed out.

Anyway, as stated the President of the European Commission, Ursula von der Leyen, this week, Barnier repeated that the possibility of closing a pact “is there”.

“As a negotiator, I think so, but the path is very narrow”He noted, adding that “it is not surprising” that “in the last hours” the “most difficult and hardest points” of the dialogue are concentrated.

Thus, on fishing, he said that Brussels respects and accepts that the United Kingdom want to control access to its waters.

“But if the UK wants, after a credible and sufficient period of adjustment, to be able to cut off access to its waters for European fishermen, at any time, the European Union must also have a sovereign right to react or to compensate, thus adjusting the conditions of access to its market for all products and, above all, for fishery products “, argued Barnier.

He specified that this is “one of the great current difficulties of the negotiation “.

He also insisted on the importance of guarantees for the community club to ensure competition between the companies of the two parties, a section in which progress has been made in recent days.

“If the sovereign UK wishes to diverge in the future (with respect to EU norms and standards), it is their right, but that cannot happen without consequences in terms of access to the market without tariffs or quotas, “he commented.

The European Union is in favor of introducing into the agreement a mechanism to ensure that in the future, as the rules and legislation are adapted to a new technological or environmental context, the laws of the Twenty-Seven and the United Kingdom do not diverge excessively. . In this way, fair competition between the two blocks would be guaranteed.

The former French minister recalled that it has been the United Kingdom that has set such a limited period to negotiate the relationship after Brexit, that will conclude at midnight on December 31, when Community legislation will cease to apply in British territory.

After leaving the European Union on January 31, a transitional period of eleven months began that the United Kingdom could have extended before July one or two years, until the end of 2021 or 2022, but the British Government rejected that option.

Despite the eleven months of the transition, the talks began in March and Barnier assured that never before in just nine months has he tried to achieve a pact on “so many issues”, even if the UK chose not to include foreign policy and defense issues in the talks.