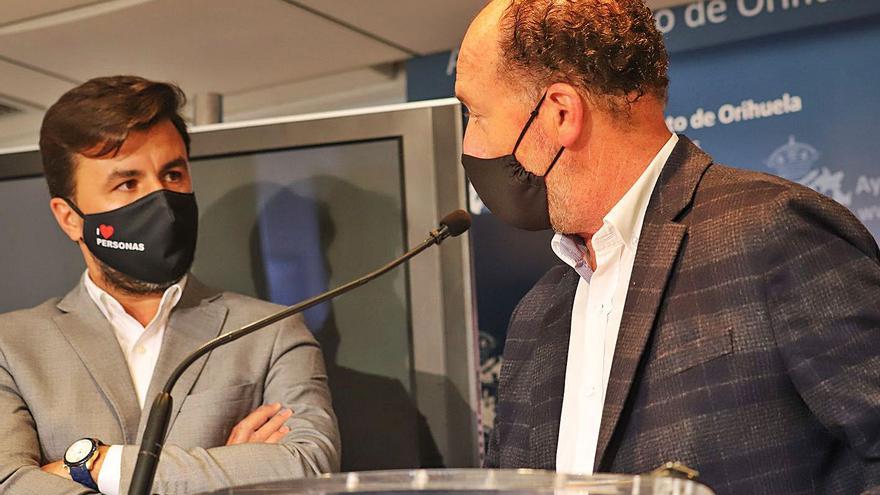 The Oriolano mayor points out that these “irregularities” are in the modification of the catalog of jobs that Cs intends to approve but that, Bascuñana points out, they do not have favorable technical or administrative reports, which is why it is the main obstacle among government partners to reach an agreement. It was one of the main differences that led Cs to reject in November the draft budget for 2020 that the PP brought to the governing board. “It had no acceptance by anyone,” said the councilor on Thursday, who advocated approving the Job openings relations (RPT) “complete”, which the City Council lacks, “and everything that falls within the norm, we will negotiate politically.”

The orange formation defended last year its disapproval of the PP budget project because it maintained that it did not respond to the needs of the city but “to the political will of the Popular Party” and voted against, in an extraordinary government meeting, the document amounting to 82 million euros. The differences between the two government partners are maintained and prevent, for the moment, from carrying out a budget that the municipality needs, since the current one has been extended since 2018.

Emilio Bascuñana pointed out in that interview that «I will gladly bring the budgets you need Orihuela, but if they make me a condition to approve things with unfavorable reports, then no, we will continue without them “, although he said” trust “that this confrontational scenario” will be solved soon “and ventured to say that” I would not rule out closing agreements -with Cs- this week “and” give way to formalities and to collect all the necessary reports “to be able to fully carry out budgets agreed upon by both groups, given that they need the favorable votes of the councilors of the two formations to move forward. “The attitude and will, both of PP and Cs, is to get the budgets forward,” said the councilor, despite what was said above regarding the conditions put by his government partner.

The lack of budget forces the local government to draw extraordinary credits and surpluses to be able to pay debts or carry out some projects. This is the case of those included in the Sustainable and Integrated Urban Development Strategy (Edusi), co-financed by the European Union, whose execution period has urged the government chaired by Emilio Bascuñana to convene an extraordinary plenary session next Wednesday, July 14 to approve the allocation of part of the remnants to some projects “that cannot wait any longer.” . Thus, he cited as projects to be carried out with those funds “that are in a hurry” the renovations of the Rubalcava Palace, the old Monserrate Savings Bank, the Miguel Hernández Cultural Center and the old courts, which will be allocated to municipal offices, among other actions «to turn Orihuela into a smart city, ‘smart city’, and redevelop the old town ».

Other remnants will be pending “when we have the necessary support,” said the Oriolano councilor, to meet “the needs of the Coast and the districts.” “There are those who want to play to delay the execution of certain projects and put at risk the stability of the City Council,” settled Emilio Bascuñana, without citing the recipient of his message.