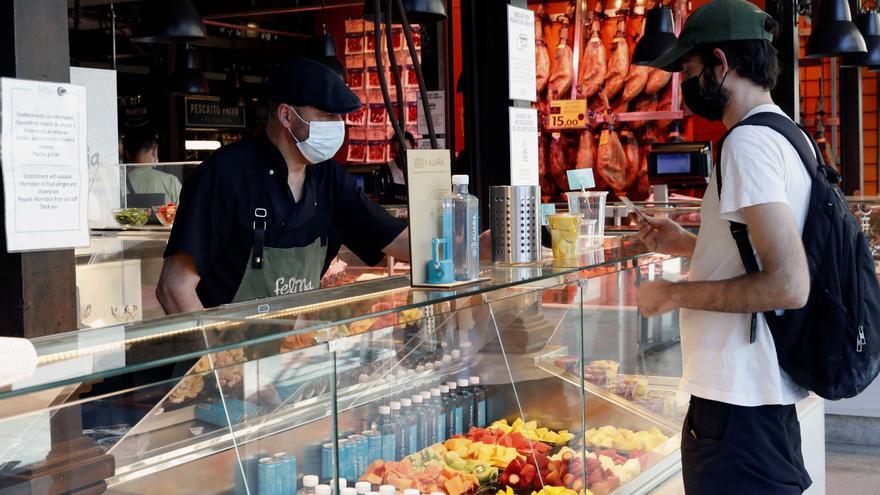 In my opinion, our priorities today are four, three of domestic policy and another of foreign policy: to defeat the virus to avoid more deaths, to recover the longed-for “normal»And relaunch the economy and employment; redirect the Catalan-Catalan raca-raca and its constitutional fit with a program for the future capable of inspiring everyone; take advantage of European funds to carry out the reforms the country needs to look forward with confidence; and, in a minor key, straighten the battered bilateral relationship with Morocco.

There are many more, but these seem to me the most important because in their adequate solution we risk the present, our coexistence in peace and the future of our children. And that is why they are issues that it is not fair to leave solely in the hands of the government and the diverse political forces that sustain it, but also require the loyal cooperation of the government. opposition parties and of citizens in general. When the common good is at stake, it is necessary to demand that politicians and citizens put aside their differences in order to join forces with high sights. Not because of mistrust or because altruism but out of simple intelligent selfishness.

After many hesitation initial, understandable in the face of an unknown and unexpected virus, and not a few dysfunctionalities due to the confusing distribution of competences among the central government and the autonomous communities, the vaccination process is progressing at a good pace and now it is the citizens who must behave responsibly, which is not always the case. And not to hit us shot in the foot, the government must be able to confront powerful lobbies and regulate the arrival of visitors from countries with dangerous mutations of the virus such as the United Kingdom, whose tourists other countries close borders.

Straighten the catalan problem It requires reforming what is possible, living with what is not and having the intelligence to distinguish between one thing and another. Numbing against the wall does not break it and gives a severe headache. It’s a matter left over of passion and fasting of cold reasoning that asks to abandon extremist positions for the benefit of the possible ones and that requires a great agreement in which the Catalan and national parties participate, including the opposition that one day will govern. Because only then will it be possible to agree on something with a guarantee that it will be fulfilled tomorrow. If there is any issue that demands generosity, open-mindedness and a sense of state, this is it. Continuing with the blockade is bad for everyone.

The intelligent distribution of the money that comes from Europe With the Next Generation Plan it will allow us to lay the foundations for a future digital, green, sustainable development and everything that one wants. Nor can the government do this by itself and before itself, but must listen to the parties, to the Autonomous communities and civil society to achieve a truly shared project. It is very important to learn to build with others and not against or apart from them even if that means giving in and then winning.

And finally there is the relationship with Morocco, which requires a State policy and not that government Say one thing, the coalition partner say another, and the opposition tries to get a cut. That is not from a serious country. Morocco has felt that the moment was favorable to force our position on el Sahara, you have not calculated well, you have made a mistake and it has gone wrong. And now some Moroccans are angry, others humiliated and many worried. They are the ones who have inflated the souffle and now they will have to deflate it, but it would be smart to help them discreetly because we are also interested in normalizing the relationship with a neighbor with whom we share many political, economic and security interests.

The problem is that all this requires rowing together, generosity and a sense of Condition. We already did and called it Transition. If you call me deluded now, I deserve it.