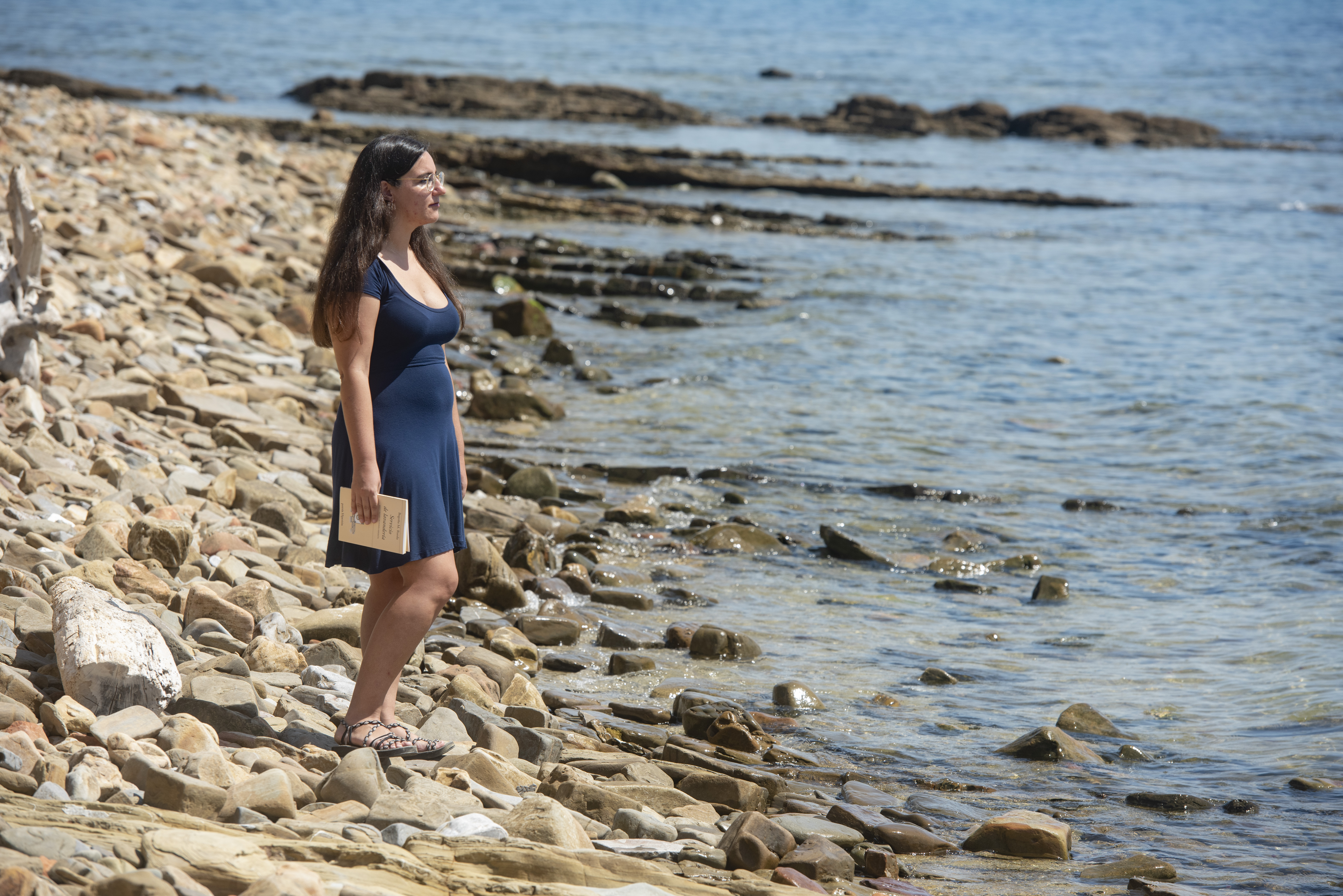 In a hospital laundry, the pajamas of the sick, the uniforms of the workers, the gowns of the surgeons, the blankets, the sheets dirty with blood, sweat, vomit, all the fluids that diseased bodies secrete are washed. or recent corpses. “You never know anything about the people who have used those clothes, if they have died or if they live… It could have been a loved one. All of this gives us a lot to think about, especially children’s clothing ”, says the poet. Begoña M. Rueda (Jaén, 29 years old). The world is seen differently from a hospital laundromat, between industrial washers and dryers, as carts of dirty garments enter and clean and packed clothes come out. The shrouds that surround the body of the deceased are the only thing that is not washed or reused. Outside the cosmic drama of existence takes place: one is born and dies, becomes ill and is cured, laughs and cries. I mean, there may be poetry there.

Rueda is a laundress-ironer at the Punta de Europa Hospital in Algeciras and from such an unexpected place she has written the crude poems Laundry service, awarded this year with the Hiperión prize and published by that same publisher. In 2019, due to financial needs, Rueda paused his career in Hispanic Philology in Jaén, left family and friends, his partner and went further south to earn a living. And now he watches the ships enter the huge harbor, in front of the Rock of Gibraltar, and writes about his work, so prosaic. “It has always seemed to me that poetry has to make the working class visible … and, as far as I know, there are no books of poetry on this profession,” explains Rueda. What comes to mind when you think of washerwomen in culture are images of women on the river bank, spreading white sheets to the wind. Is not the same. “There are few who applaud / the work of the woman who sweeps and scrubs the hospital / or that of those who wash the clothes of the infected / with bare hands.”

Rueda began writing his book in 2019, before the pandemic, but when the virus arrived it was impossible not to integrate it into his poems. There the fear of an unknown threat is recounted, the lack of resources in the first stages of the tragedy, the collapsed hospital, the minutes of silence for the deceased companions. “Together with the masks they give us the gloves. / I will no longer notice the sheets / that are still warm / in my hands ”. Rueda believes that a poet is necessarily a child of his time.

He began writing his book in 2018, before the pandemic, but when the virus arrived it was impossible not to integrate it into his poems

Since 2016, in an example of prolificity, he has published seven books, all seven thanks to an award. In the first, Princess Leia (La Isla de Siltolá), the poet was dedicated to space and science fiction, based on Star Wars, and won the II Antonio Colinas Young Poetry Prize. In 2019, in Reincarnation (Ediciones Complutenses), dealt with the theme of a woman who is reincarnated at different times in history, and won the First Prize for Poetry at the Complutense University of Madrid. With Error 404 (Visor), won the prestigious City of Burgos Poetry Prize. Among others. Some of his books are more conceptual or narrative, other compilations of poems without special thread, beyond that conferred by authorship. “I try to find variety, versatility,” says Rueda. “It is true that the writer is always writing the same book, but you have to try to do it in different ways.”

Despite his awards and publications, he has noticed classism in the poetic world. “There are people who have told me that they feel disappointed in me: they don’t understand, ‘with how smart you are’, ‘with how well you write’, that she continues in jobs like mine. In his book he also records the doctors who do not even greet the washerwomen, as if they did not exist, or the managers who neglect their health. Poetry is a job, but little valued and, above all, unpaid (it is also difficult to imagine a poet working an eight-hour shift). Rueda has had many small jobs, as a waitress or pizza maker in home franchises. “In some places I have known conditions of pure and harsh slavery, wages that did not even give to lead a dignified life,” he says. “Writing poetry books is a job that takes time and effort, the ideal would be that it was well paid, that I could return to study my career.”

In summer, in your laundry service at the Algeciras hospital, the daytime temperature, surrounded by machines in operation, can be incompatible with human life. So this season he has to work the night shift. Some patients, he says in a poem, before dying, comb their hair, shave and soak themselves in Varón Dandy, “as if dying / did not consist of but taking another of many walks / on Sunday mornings.”

What do poets eat

For José Agustín Goytisolo, the poet’s profession consisted of: “Contemplating the written words / on the paper, / measuring them, weighing / his body in the whole / of the poem”, but it turns out that this profession does not usually feed. So the poets have had to dedicate themselves to other more nutritional professions.
Some have dedicated themselves to professions related to literature, such as TS Eliot who, in addition to revolutionizing 20th century poetry, was an editor at Faber & Faber. But poets have also devoted themselves to some works devoid of the glamor of the literary. Among Charles Bukowski’s many jobs were postman and other precarious and temporary jobs. Jack Kerouac, before hitting the road and wandering the United States, was a merchant seaman and forest watchman.
William Carlos Williams used to practice medicine by day and poetry by night. The precursor of Italian fascism, the eccentric Gabriele D’Annunzio was a prominent military man and a war hero, while Blaise Cendrars went through a host of unexpected trades: jewelry seller, pianist, beekeeper, slaughterhouse clerk, stoker or whale hunter. And Jaime Gil de Biedma had such a prosaic job as a manager of the family tobacco company.
Roberto Bolaño did everything, but his work as a night watchman at a campsite on the Catalan coast is especially famous. Also in Spain, the case of Vicente Gallego is curious, who has been a doorman and disco go-gogo, a pine pruner or an employee in a landfill, a trade he was exercising when he won the Loewe award.