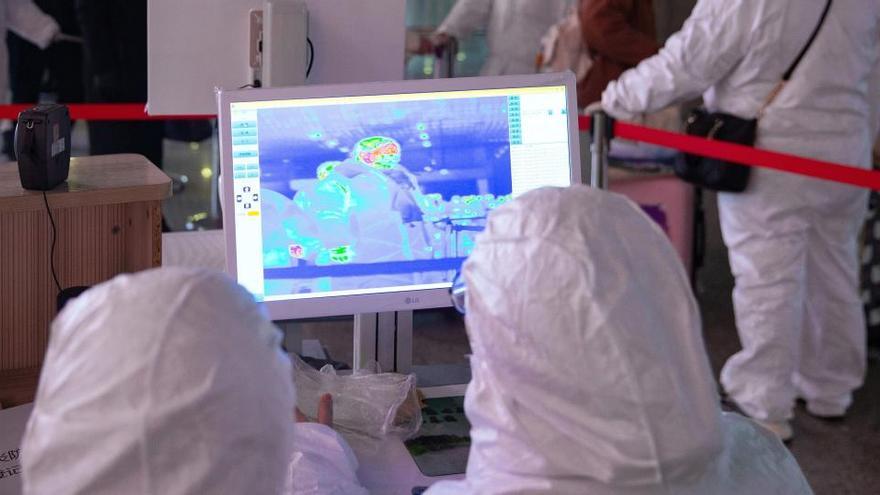 He distrito de Shunyi, in northeast Beijing, has entered a “wartime” epidemic emergency after five more new cases were detected in that area, after the two local infections registered on Friday, the municipal health authorities reported this Saturday.

In a press conference, the deputy director of the Beijing Center for Disease Control Prevention, Pang Xinghuo, said that among the close contacts of the two infected detected on Friday, 5 new cases in the more than one hundred thousand covid tests carried out Until now.

The district enters the “wartime” epidemic emergency levelsaid Pang and explained that its about 800,000 inhabitants will be tested for coronavirus.

The Xidulan and Donghaihong villages in Shunyi district have been confined, indicated the health officials.

Previously, the Beijing Municipal Health Commission had considered this Saturday as the situation of prevention and control of the pandemic in the capital is “serious and complicated”, after six new cases were detected in recent days, at the same time He recommended avoiding going out of town and holding large gatherings.

Health authorities also advise do not travel outside the capital, unless necessary, during the Chinese Lunar New Year celebrations, which this year falls on February 12.

One of Shunyi’s cases is that of a 31-year-old woman from Hebei province who works in a fresh and frozen food store in Zhangxizhuang village, in that Beijing district, and whose condition is mild.

The other case involves a 29-year-old woman from the northeastern province of Liaoning, who currently also lives in the Shunyi district and works for a US technology multinational.

The commission indicated that epidemiological investigations on these two cases and the necessary control measures have been implemented, which, according to residents of the neighborhood, included the isolation of a residential complex in Shunyi, a district that houses an exclusive area of ​​the capital in which many high-income expatriate families live.

On Friday, a asymptomatic case of an Asian Airlines employee a Beijing resident, who returned from South Korea and had previously quarantined for two weeks.

These cases are added to another one located last Thursday of a hospitality employee in the central district of Xicheng, where Zhongnanhai, the headquarters of the Chinese Government, is located, and which has led to covid tests on all restaurant workers and the cold chain of that area, with 1 million and a half inhabitants.

The capital also registered two other cases last week in what is known as the 798 art district, in the north of the city, which led to the isolation of a hotel and some residential complexes.

Those cases were the first registered in the Chinese capital after several months without any new contagion at the local level.

“We have many sporadic cases in Beijing and there is a high risk of spreading the epidemic“said the capital’s government spokesman, Xu Hejian, on Saturday.

The spokesperson indicated that they have to “remain vigilant” and “do everything possible” to prevent the spread of the virus, reducing the population flow and avoiding congregations “both now and ahead of the Chinese New Year festivities in February.

The city’s deputy mayor, Chen Bei, said that Beijing will review the regulations for holding events and will not organize large gatherings such as sports or cultural events.

The Chinese government attaches special importance to the protection of Beijing, which has been subject, since the beginning of the covid in China more than a year ago, of strict measures to control and prevent the disease.