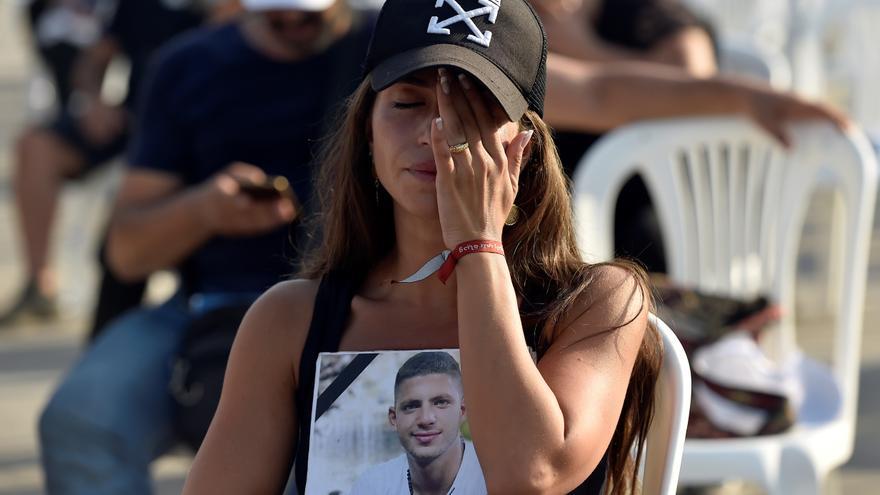 Dozens of people have been injured this Wednesday during the demonstrations held in Lebanon on the occasion of the first anniversary of the explosions that occurred in the port of Beirut, leaving more than 200 dead and deepening even more in the political and economic crisis of the country.

The Lebanese Police have employed tear gas and water cannons to disperse protests. Although the authorities have denied the use of rubber bullets, some media report that these types of projectiles have been found in the scenes of protests that have taken place mainly in the vicinity of Parliament, in the center of Beirut.

Hundreds of protesters have moved from the port of Beirut to continue the protests in the central Martyrs Square, whose surrounding streets are being scene of increasingly violent clashes with the Police, informa el diario lebanés ‘The Orient by day’.

According to the Lebanese Red Cross, at least 45 people have been treated for injuries of varying degrees just in the city center. Nine of them have had to be hospitalized.

Hours earlier, according to Efe, thousands of people gathered in the morning at the headquarters of the Beirut Fire Brigade to start one of the three marches that this afternoon will converge in the port of the capital, where the accident occurred in which more than 200 people died, ten of whom were firefighters.

With sadness and carrying photos of the victims of the explosion, the protesters started walking with a great spontaneous applause, which was accompanied by shouts of “Revolution!”

The participants also raised Lebanese flags and numerous banners demanding justice and demanding accountability from politicians, which in some cases were informed of the storage of hundreds of tons of ammonium nitrate that caused the devastating explosion.

“Execute those who brought nitrate into Lebanon” or “The Constitution has to be implemented and everyone is equal before the Law,” were some of the most visible banners during the march that began at the Fire Department.

Image of the port a year later, with the ruins of the warehouse where the explosive was concentrated. EFE

Photos of political leaders such as President Michel Aoun or the leader of the Shiite group Hezbollah, Hasan Nasrallah, were also raised where the word “Wanted” could be read.

The march, of tens of thousands of people, stopped in front of the Statue of the Emigrant, in front of the ruins of the silos that stored the ammonium nitrate shipment, while the other demonstrations took different routes before reaching the confluence point.

One of the protesters, Munir Rabne, told Efe from the march that he did not meet any of the victims of the explosion, but that he took to the streets because he considers that “all Lebanese” are “martyrs in life.”

A year after the explosion in the port of Beirut, the international community mobilized again in support of the Lebanese population with the promise of contributing 370 million dollars (about 311 million euros) to meet the needs in the next twelve months. most urgent in that country.

The UN had estimated the required humanitarian support at $ 357 million (about € 300) at a time when the country continues with an interim government and no progress in the investigation into that tragedy.

The date chosen for the telematics conference co-organized by France and the United Nations was no accident, which brought together 33 countries, thirteen international organizations and five representatives of Lebanese civil society on Wednesday.

“The crisis in Lebanon is not an accident. It is the result of individual and collective errors and unjustifiable failures. Lebanese leaders appear to have gambled on the situation to rot. It is a historical and moral error, “French President Emmanuel Macron had said in his opening.

France has been at the forefront of mobilizing the international community since the explosion. In the two previous conferences, on August 9 and December 2, 2020, the aid raised reached 280 million euros (332 million dollars).

Macron, during the videoconference in support of Lebanon. EFE

Lebanon, the former French protectorate in the Middle East, Since last summer, it has seen the resignation of two prime ministers due to lack of political consensus: Mustafa Adib lasted a month in office and Saad Hariri resigned on July 15 after nine months of disagreements with the Lebanese president, Michel Aoun.

Najib Mikati has been the third designated person since July 26 in a year to try to establish an Executive, and the participants in the conference, among whom was the Spanish Minister of Foreign Affairs, José Manuel Albares, hoped that he could carry out that work.

For Germany, the lack of progress in the face of the worsening of the national economy is irresponsible: “People no longer know how to feed their families“German Foreign Minister Heiko Maas said in a statement.

The panorama detailed by the UN Deputy Secretary-General, Amina J. Mohammed, was bleak: half of Lebanese live in poverty, a third suffer from food insecurity, hundreds of thousands of children are at risk of having to drop out of school and there is an acute shortage of electricity, medicine and water.

Lebanese President Aoun asked that they not be abandoned. “Lebanon is counting on you, do not let it fall,” he begged the participants of a meeting in which France promised 100 million euros in humanitarian aid, Germany another 40 or the United States almost 100 million dollars (about 84 million euros ).

“But no help will be enough if the Lebanese leaders themselves do not commit to doing the hard work necessary to reform the economy and fight corruption. It is essential and must start now, “concluded US President Joe Biden.