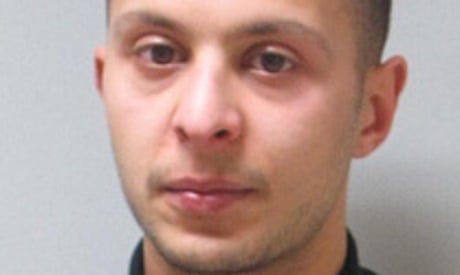 A day before his trial in the French capital, the Belgian public broadcaster RTBF has published an interview with the alleged ringleader of the terrorist attacks in Paris, recorded when he was fleeing France after the 2015 massacre.

Salah Abdeslam and 19 others are charged with planning, assisting and carrying out the November 13 suicide bombings and firearms at the Stade de France, bars, restaurants and the Bataclan concert hall that killed 130 people and injured 490.

RTBF said A reporter from her Hainaut office, Charlotte Legrand, had interviewed motorists while police were checking ID cards and searching cars at one of the many checkpoints set up between France and Belgium in the hours after the attacks.

“I don’t remember the make of the car or the color,” Legrand said. “Inside were three young men who looked very tired; their faces looked worn. The one in the back was wrapped in a kind of puffa or quilt jacket. “

The men “weren’t particularly friendly, but they answered my questions while their identity cards were being checked,” Legrand recalled. “But as soon as they got their papers back, they interrupted the conversation and closed the window.”

When asked what they thought of the checks, the three responded in quick succession, “This is the third.” “The third check”. “Frankly, we thought it was all a bit of a stretch.” “But then we got the point of …” “Why.” “Later, we saw why.” It is unclear who said what.

At that time, Abdeslam’s name had not been distributed to the police as a possible suspect in the attacks and the men were allowed to continue on their way.

Legrand edited his 90-second piece, with the interview with “three young men of North African origin”, and did not think about it further until the details of Abdeslam’s escape began to emerge, with accomplices Mohamed Amri and Hamza Attou.

“When we started to see the CCTV footage of the gas station where Abdeslam stopped with Amri et Attou, our suspicions began to grow,” he said.

They were confirmed only after Abdeslam’s arrest, in the Molenbeek neighborhood of Brussels, on March 18, 2016, and the subsequent leak to the media of a conversation between him and two other inmates in Bruges prison.

Abdeslam told Mehdi Nemmouche, who killed four people in a 2014 attack on the Jewish museum in Brussels, and Mohamed Bakkali, a suspected member of the logistics team behind the Paris attacks, that he had spoken to a radio reporter. while in the car. stopped, for the third time, on the outskirts of Brussels.

Bakkali, along with Amri and Attou, who admitted to picking up Abdeslam on the southern outskirts of Paris by car after he called them in the early hours of November 14, are among the 14 suspects to appear in the most criminal trial. great in the history of France. It is expected to last up to nine months in a specially designed facility on the Île de la Cité.

Six more are being tried in absentia: five are presumed dead in Iraq or Syria, and one is in prison in Turkey. Abdeslam, 31, a Brussels-born French citizen, is believed to be the last survivor of the cell of 10 men who carried out the Paris attacks. Most committed suicide or were killed by the police.

He is alleged to have been instrumental in the massive logistical operation that saw jihadists return to Europe from Syria via the migrant route, and is believed to have escorted three bombers who blew themselves up at the Stade de France.

Abdeslam, whose brother also blew himself up in a Paris bar during the attacks, is suspected of planning to carry out his own suicide attack in the 18th arrondissement of Paris, but then backed down. He hid south of Paris after the attacks before calling Amri and Attou in Brussels at 5.30 a.m.

Legrand said he was trying to “stay objective” about the discovery. “I felt a certain discomfort,” he said. “I was worried that they would accuse me of lack of conscience during this interview. I felt, strangely, a little guilty. Then I remember the facts. At the time, he simply did not have the information to recognize Abdeslam. Neither did the police. “