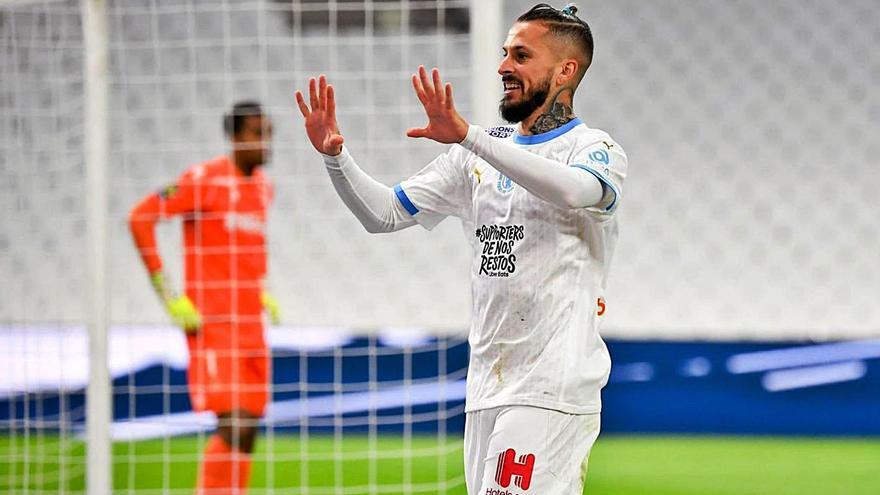 The last to join the bid is the São Paulo. The Brazilian team, who just finished the league in May and signed Rigoni, is a bad adversary for Elche. First of all because of the interest that his coach, Hernán Crespo, is showing in having Benedetto. From striker to striker, Crespo has spoken with the player to try to convince him to go to Brazil. In addition, Crespo is a man close to Christian Bragarnik. And the decision to sign Rigoni, for the moment, is not going bad for them. The attacker signed a double this week in the pass of his team to the quarterfinals of the Copa Libertadores.

According to reports from Brazil, Sao Paulo would have well advanced the signing of Benedetto. Among other things because the economic proposal to Olympique de Marseille, a transfer assuming all its record and a high purchase option, is something that, for example, Elche cannot reach.

The paulistano group does not He is the only opponent of Elche in this soap opera that comes from South America. Boca Juniors remains very attentive to try to get back to Benedetto who offered his best performance as a xeneize, to the point that Olympique paid 14 million euros to take over his services.

At first, the forward seemed reluctant to return to Buenos Aires, despite declaring his love for the colors he defended until 2019 (76 games, 45 goals). However, the recent elimination of Boca in the Libertadores, which even led to serious altercations caused by his most fanatical followers, will force the board to move in this market to try to redirect the situation. And the name of Benedetto is still on the table, since it would have the approval of his fans.

The other club you have been associated with Benedetto comes from Asia, with the economic power that petrodollars give. Sharjah, from the United Arab Emirates, also wants to have the services of the Argentine. This team would be the one that could offer better economic conditions to the striker, although it would lower the competitive level many steps. If Benedetto has already shown doubts about returning to America, it is hard to believe that, at least to this day, he thinks of a golden retirement, when he is 31 years old and offers from higher leagues.

Faced with this scenario, Elche watches and waits. And Elche in this case it is Bragarnik, as Nico Rodríguez recognized yesterday. «We know the connection that there is with Darío. It is a situation that is above the Sports Directorate. The link with the property is what it is, “said the sports director of the franjiverde team.

Benedetto’s close relationship with Bragarnik, being a partner of the Score Club 2019 company, which owns the majority shareholding of Elche, is the main weapon of the franjiverdes. It remains to be seen whether the feeling of helping to grow a project that he is already a part of as an investor can be enough to convince Benedetto to give up other financially superior options. Elche knows that the longer this soap opera lasts, its options may increase. Now it is Benedetto who has to decide his future.

It plays with the advantage that the owner knows the situation perfectly and that the player is part of Bragarnik’s project. The inconvenient? The money. Financially, it cannot reach the amounts that other clubs handle.

Sampaoli does not have him, although he is giving him minutes in preseason. The Gauls want to recover as much as possible of the 14 million they invested in their day. It will be difficult. They are interested in quickly resolving the issue.

The last club to enter the scene seems to have done so strongly. In Brazil they almost take the signing for granted, especially because of the interest shown by Hernán Crespo, their coach. They would take over your card and include a purchase option.

The xeneize group wants to get Benedetto back. The forward left a great memory there. Although the proposal has initially been declined, the Argentines could return with more force to try after their fall in the Libertadores.

The strongest option economically, but weakest in terms of sports competitiveness. They would have no problem paying Benedetto’s salary. However, with 31 years and other offers, the striker would only look at the money if he goes there.