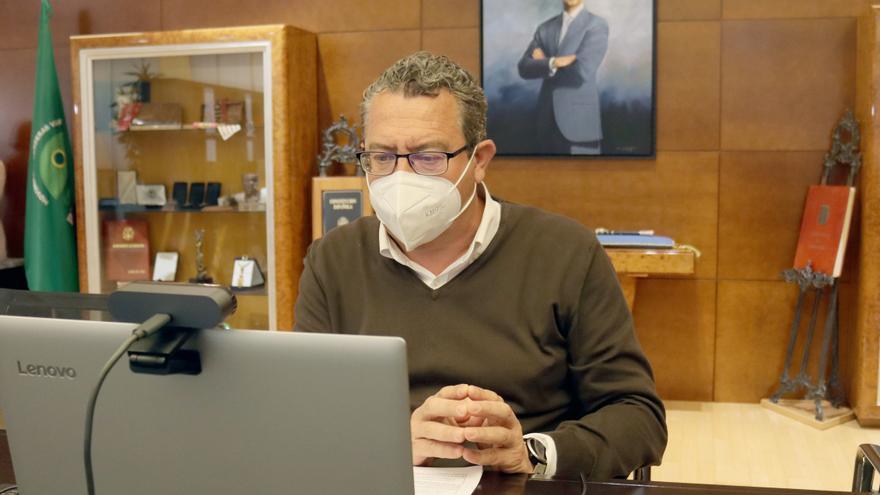 Toni Pérez recalled that “the initial document of the municipal budget for 2021 declared as ‘expandable’ the items earmarked for this aid, iInitially endowed with 2.5 million euros each “. As already indicated during the approval of the budget, the intention of the local government “was to allocate part of the remainder of the Treasury to increase the resources of these aid to families and the productive fabric once we know the scope and volume of that saving, which now we know that, for general expenses, it is around 13 million euros ”. Of this saving, he stressed, “practically 50% will continue to serve the residents of Benidorm and the local productive fabric.”

In this way, municipal aid to families, which are already in the evaluation phase, they will increase their financial endowment by 3 million euros, thus reaching 5.5 million; and in the same amount the aid to companies, businesses, SMEs and the self-employed will be extended to also add 5.5 million euros.

The mayor has stressed that “in these 13 months of pandemic, the priority and raison d’être of the City Council has been to serve and be at the side of people, households, the self-employed and companies in the city, articulating aid and ensuring that they directly and truly serve meet the needs of the population”. At this time, he affirmed, the efforts and resources made available to families, households and the productive fabric are being redoubled because “the difficulties continue”, since “there are families that have not yet received the ERTES, people without receive the minimum vital income and there are freelancers and companies that have only received municipal aid and are still waiting for those from other Administrations ”.

In addition to increasing the amounts of this aid by 6 million euros, the local government will also expand resources for social care, allocating 100,000 euros of the 2020 savings to the budget of the Department of Social Welfare.

The mayor has stressed that “the management that the City Council has made of the resources of the people of Benidorma has allowed to reduce the debt to the minimum expression and to meet the needs of families and the productive fabric, mobilizing in 12 months – from March 2020 to March 2021- 14 million euros ”. An amount that has been tried “not to leave anyone on the road.”

The remainder of the Treasury for the year 2020 around 23 million euros. Of this amount, around 13 million euros are “the savings available for general expenses”, while “approximately 2.8 million euros” will cover works in progress with affected financing “. The remaining amount, around 8 million euros, correspond to income declared by the Economic Area of ​​’doubtful collection’ and that, therefore, it is not known if the City Council will be able to receive it at any time. These ‘doubtful collection’ revenues have increased compared to 2019 due to the pandemic, which has caused activity to drop and affected the ability of families and companies to meet tax obligations.

According to the figures provided by the mayor, by the end of this week “about 30% of the requests” will have been resolved of the aid to families corresponding to 2021. Likewise, “more than 95% of the files of the ‘Parenthesis aid’, destined to sectors affected by the pandemic, will have been processed”. Furthermore, “in recent weeks, nearly 1.5 million euros have been paid” to the participants of the ‘BenidormTeEspera’ contest, one of the municipal initiatives to support the productive fabric.