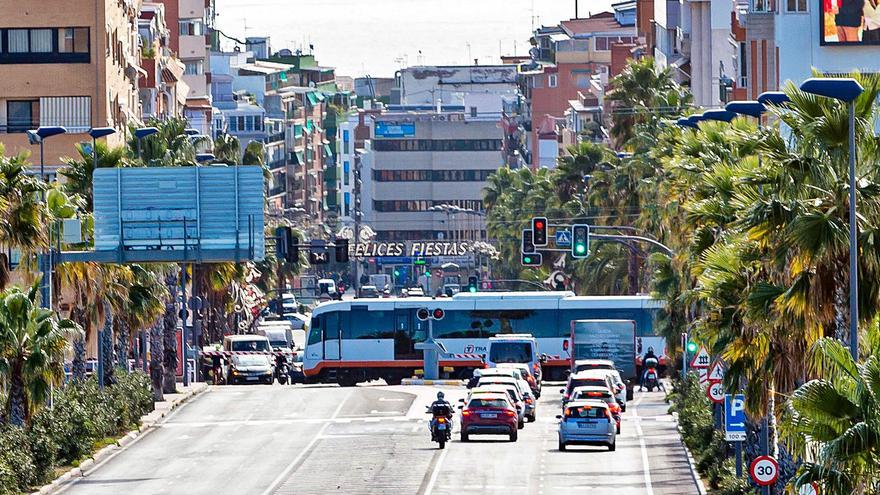 This was explained to this newspaper by the mayor of Benidorm, Toni Pérez, who indicated that both actions are part of the same project that will be assumed by both administrations. And is that The city has been asking for a solution for Beniardá Avenue for years and the rest of the level crossings and he had already raised on more than one occasion the need for trains to pass through that area as if they were trams. “There were several solutions on the table,” added the mayor. But in the end it will be this “macro-project” that will be carried out between both parties: “they will be carried out in parallel. FGV has to do the underground project and the City Council will do the tramway ”. For her, the Consistory has already allocated 1.5 million euros in the budget for 2021 and 2022. Thus, the works are scheduled to start this year.

The level crossing of the Avenida de Andalucía that is part of the project. | DAVID REVENGA

The million-dollar action that FGV will undertake includes burying road traffic on Beniardá Avenue. That is to say, a passage will be made underneath for vehicles and the train will continue to pass above but now “trammed”. And in addition, service roads will be created to access the area. “Barriers will be eliminated, users will no longer have to cross the tracks as they do now”, all this coupled with an urbanization of the area over the passage for vehicles that will allow residents and businesses to continue accessing them. «We will improve the entire area, it will be a great change that also will solve mobility problems“Said Pérez. All of this will go hand in hand with the tramization of the line, but not only in Beniardá, but also at the level crossing on Avenida de Andalucía and at the Intermodal Station itself located in front of the bus station.

Also Read  First clash between Cristiano Ronaldo and Ralf Rangick: The Portuguese had a disproportionate reaction after being substituted

The mayor indicated that with this project “the entire line will be left as it now works until the Benidorm station” from Alicante capital. And it is that now, from there to Dénia, the line does not have that system, so, at each level crossing, Barriers are lowered every time a train is about to pass, causing vehicles and pedestrians to stop. «In the time of the PP in the Generalitat everything was done until Benidorm. But with the change of regional government, the criteria changed and it was decided to start from Dénia and not continue from here, “said the first mayor. In the Dianense municipality is where the line ends, hence the City Council did not understand why it jumped to the tourist capital and has claimed it ever since. «If only they had reached Altea. It is a section that many people use who, for example, go to the La Vila hospital, “he added.

Beniardá avenue is one of the main entrances to Benidorm that supports up to 30,000 cars a day in midsummer. The current system for the passage of the train causes queues and collapses when the barriers are lowered. Mayor Toni Pérez explained that with this project and the streetcarization “the passage of vehicles will no longer be linked to the time of the train” so “we will solve a real problem at that point, the one with the most entry of vehicles in the city.” . All together with the fact that “the image of the avenue will also change.”

Also Read  How is high school in the world? A new film allows students to investigate | Documentary film