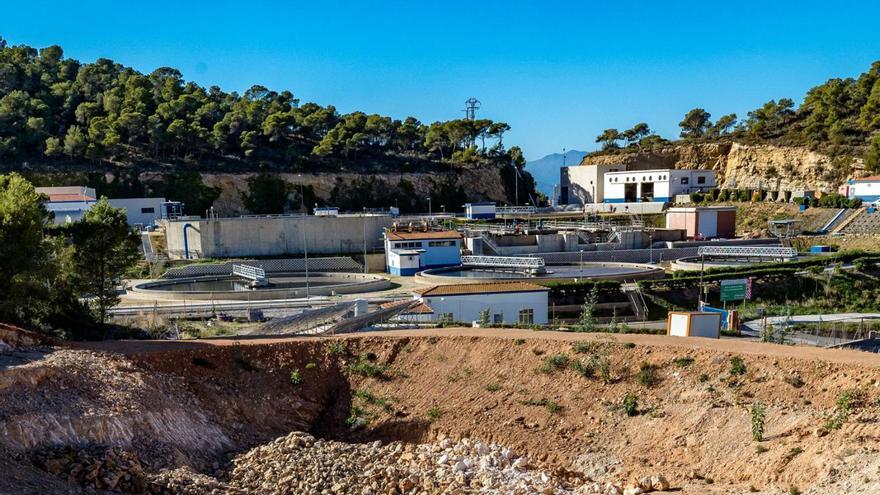 A 7,700 cubic meter basin to store water used for irrigation or in case of fire. This is the infrastructure that began to be built in Benidorm, specifically in an area of ​​the Serra Gelada natural park next to the treatment plant and the desalination plant. A work that was stopped months ago and that the City Council claims to finish in order to be able to use it.

This raft is one of the two in the region that were included in the Vertebra Plan of the Alicante Provincial Council. The other, already finished, is located in La Nucía and both have a budget of 900,000 euros. This project was claimed by the mayors of several municipalities in the Marina Baixa to meet a demand from irrigators. And it is that, with these large areas of water, enough can be stored for farmers and not go to the sea. But also, it was requested in Serra Gelada to serve in case of fire; that is, if a fire breaks out, have that raft nearby.

Also Read  Why does the internet keep crashing?

In fact, allegations were submitted to said stoppage to justify the need for said pool and that the PORN does allow it to be carried out in said place because the local administration considers that it does comply with the conditions and because, in addition, it is an old quarry that has to be regenerated. Thus, the conclusions indicated that the stoppage of the works “is causing serious damage to the irrigators of the region” and they asked the Ministry of Agriculture, Rural Development, Climate Emergency and Ecological Transition its “urgent review and where appropriate the resumption of the paralyzed works.

This type of flow regulation ponds are used to store water from WWTPs (Purification Stations) and thus be able to adapt them for irrigation. As explained by the councilor for the Water Cycle of Benidorm, José Ramón González de Zárate, the Serra Gelada would allow us to store a large amount of water, especially “in summer when we generate more production than we spend” of reused or purified water and they cannot consume it all at the time the irrigators. Because, if it cannot be stored, it is “thrown into the sea” and that is what you want to avoid with this infrastructure. Therefore, he considered the construction of this reservoir for the reclaimed water that will be injected into the Canal Bajo del Algar network, which feeds six municipalities, for when irrigators need it. In fact, it has already been done in La Nucía where a similar raft has already been built and is already in use. This also collects the reclaimed water from the Benidorm WWTP tertiary system.

The mayor defended a second very important use: to put out a fire. Thus, he indicated that, if there were a fire in the natural park, “we would have water on hand to suffocate it.” And he pointed out that it has been a request from the firefighters for a long time to be able to have water in this area and to be able to better protect this green space.

For all this, the Benidorm City Council demands that the Council review the reasons why the works were stopped and put on the table the solution to resume work to finish this raft “so necessary for the region,” said the councilor.

They ask to modify the Resource Plan to build more facilities

The Benidorm City Council not only wants to finish the raft that has already begun to be built next to the treatment and desalination plant and that would be within the special uses of the area, according to its technical reports. It also claims that more facilities of this type can be built throughout the Serra Gelada natural park. For this reason, the Department of Agriculture, Rural Development, Climate Emergency and Ecological Transition has been requested once again to review the articles of the Natural Resources Management Plan (PORN) of Sierra Helada and its coastal area in such a way as to allow construction of these rafts for agricultural use in its entirety.

In October 2018, this issue was already addressed, a request that irrigators have also made on more than one occasion to be able to have rafts to store water and not end up in the sea. The councilor for the Water Cycle, José Ramón González de Zárate, explained that no response was received at the time, which is why the City Council has asked for it again. Thus he recalled that the Marina Baixa has bet since the 80s of the last century for the use of regenerated waters through the improvement and execution of infrastructures or with agreements with Irrigation communities.

Also Read  Andalusia, Madrid and the Balearic Islands move after the rebound in infections