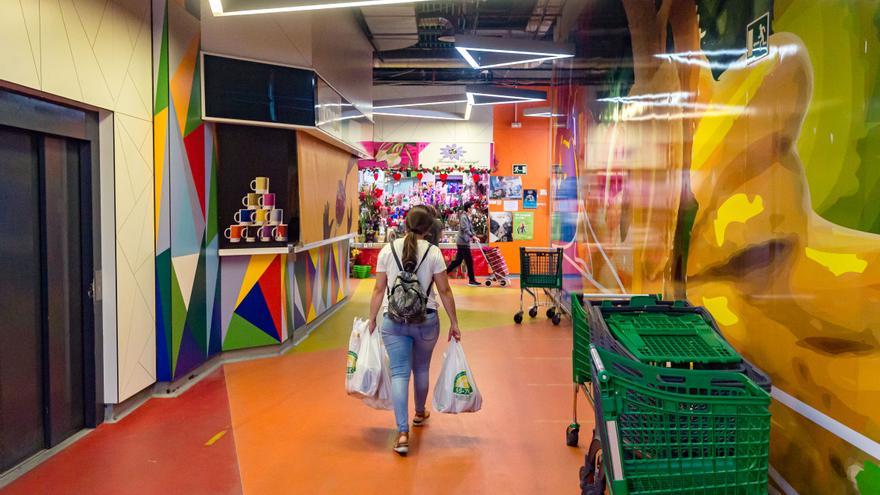 The measure seeks to revitalize a wing of the Mercat, which to date has been almost always empty and unused, “Creating a sales area that also serves as a complement to the positions that are in operation, in turn invigorating this municipal space and increasing the flow of customers” said the councilor for the Treasury Aida García Mayor. Mercadona will pay the City Council 837,290 euros plus VAT for the seven vacant positions and acquires the concession of another three occupied positions. This will cover the entire concession period, valid until June 30, 2055.

The award will entail improvements in the facilities, which focus on in the new sales area such as the renovation of the toilets on the ground floor and the lighting of the new sales area, the installation of a new elevator, renovating the meter room, paint and adapt the Mercat loading and unloading dock area, aesthetically renovating the mechanical ramp and the exterior cafeteria of the entire building to give it more prominence and uniqueness.

The plenary session also carried out other matters. With the votes of the government team and the abstention of the socialist and Citizen groups, the budget modification was approved to mobilize the first 218,000 euros that the City Council will contribute to a great employment plan that will allow the hiring of 130 people. The municipal contribution will reach between 2021 and 2022 about 1.4 million euros and will be complemented by the two grants that the City Council has obtained from LABORA within the call for the ECOVID and EMPUJU programs.

In addition, the motion of the Board of Spokespersons to grant the Cultural Distinction ‘City of Benidorm’ in the Choral Group of Benidorm, thus attending to the proposal submitted by the technical commission in charge of this award and made up of the people and entities awarded in previous years. As stated in the motion, the Benidorm Choral Group, which this year celebrates its 40th anniversary, “has permeated the social and musical fabric of Benidor, is rooted in the past and present of our cultural reality and has contributed to projecting it inside and outside de España ”, with performances in different European countries such as Germany, Belgium, Italy or France. The delivery of the cultural distinction ‘Ciutat de Benidorm’ will be made in the institutional plenary session on October 9.

With a unanimous vote, the services for the beaches during the month of October and that, as in previous months, are modulated according to the pandemic and its evolution, as pointed out by the mayor of the area, Mónica Gómez. Based on the technical reports and the plenary agreement adopted last May, in October the service of hammocks and umbrellas will be maintained, in the same terms as to date; While the rescue is set at 9 lifeguards in Poniente, 9 in Levante and 1 in Mal Pas, maintaining the four health care posts and two ambulances, as well as the accessible beach service from 09:00 to 17:00. As for cleaning, there will be 15 operators who will integrate the device.

Also with the vote of the entire Corporation, the Interior Reform Plan (PRI) of the Benilux Hotel. The Councilor for Urbanism, Lourdes Caselles, explained that both the PRI and the agreement to be signed between the City Council and the commercial owner “have been exposed to the public without any allegations being received.” The agreement establishes the compensation that the merchant makes to the City Council for the increase in the buildable area of ​​about 660 useful square meters of roof that will allow the establishment to increase its category, by increasing the surface of the rooms, which are reduced from 216 to 186. Specifically, the establishment cedes to the City Council 2 meters of façade strip of Panama Street -plastered in the transfer deed of last February- to increase sidewalks and an economic compensation of 45,401 euros that “will go to the Municipal Land Heritage” .

Also in urban matters, unanimously, the green light has been given to the detailed study for the IMED Levante hospital expansion and it has resolved the only allegation presented in the public exposure phase. Caselles has indicated that this approval has “all favorable reports” and is conditional on the company building “a new collector” and acting on “the rainwater network.” The mayor has highlighted that with this extension the hospital plant of Benidorm is renewed, allowing “new and more modern facilities”.

On the other hand, the plenary session has approved that November 14 and 15 be declared local holidays.