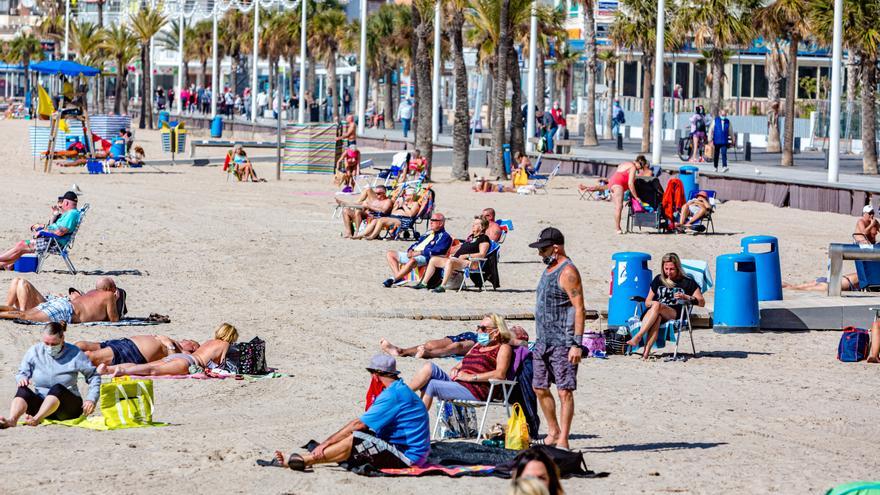 Benidorm meets to be “green” in the traffic light that the United Kingdom has raised about the level of risk that each country entails for its citizens to travel. A measure that entails different rules for returning travelers according to the list in which their vacation destination appears. The tourist capital has put its numbers on the table and ours that is on the green level, which would imply not having to quarantine upon return, although a negative test before returning and a PCR two days after returning.

On its official website, the British Ministry of Foreign Affairs still advises against any non-essential travel to Spain, including the Balearic Islands, but excluding the Canary Islands, based on the current assessment of the risks of the coronavirus, according to the City Council. This issue has provoked the reaction of different government institutions and tourism business organizations of the Valencian Community and in particular the mayor of Benidorm, Toni Pérez, considering that “in view of the accumulated incidence Benidorm meets to be ‘green’ at that stoplight ”.

The latest data available from the Spanish health authorities position the Valencian Community as the region with the best control of the epidemiological situation. The data for the province of Alicante and Benidorm in particular are “highly satisfactory”. The Accumulated incidence at 14 days per 100,000 inhabitants in the Valencian Community is 40’99 cases, while the general of the province of Alicante and the particular of Benidorm is six points lower. And compared to the destinations announced in the last hours that could open to that possibility at the British traffic light, Benidorm has better AI data than Portugal (58’9), the Canary Islands (98) or the Balearic Islands (61’6).

Also Read  A woman from Elche, new president of the Spanish Federation for Breastfeeding

That is why, in view of the latest news published and known, the recommendations made by the British Ministry of Foreign Affairs on the lifting of restrictions on holiday travel to the Canary Islands, Portugal and several Greek islands, still not having confirmation official, from Benidorm “demands to have the same consideration as these aforementioned territories “. Pérez has highlighted the great work carried out in the city that already in March 2020 closed its beaches and hotels eight days before the recommendation of the Spanish Government and organized the repatriation operation of more than 35,000 Britons to preserve them from the incidence of Covid- 19

Since then, Pérez explained, the action of the municipal government, with the involvement of all sectors of tourism in the town, has been the containment of the pandemic and “the protection of the Benidorm brand, the tourist structure and the social fabric” .

The mayor has pointed out “the great effort made to keep the destination standing, developing works and performances so that upon the return of tourists find a better and more prepared Benidorm, with all the sanitary guarantees for the enjoyment of the city ”.

Pérez stressed that “Benidorm continues to be a benchmark of happiness for the British” and the city and its tourism companies have prepared to receive them in the best conditions. Benidorm, the mayor recalled, is a Smart Tourist Destination that has developed protocols to increase security in all its components ”. Finally, the mayor recalled that “#BenidormTe Espera is much more than a message; it is a declaration of intentions to enjoy more leisure and vacations ”.