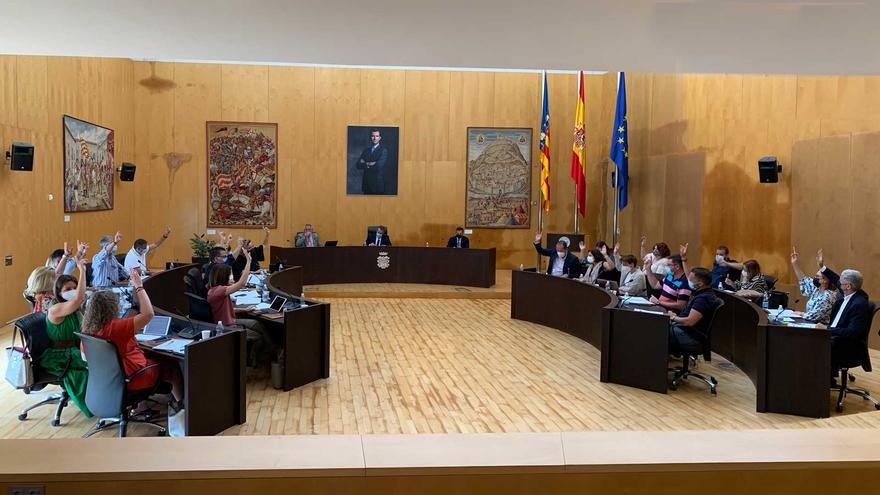 The Councilor for Education, Maite Moreno, has indicated that this formula of the delegation of powers in favor of the City Council is “an opportunity to improve the school infrastructures of Benidorma that are not executed by the Conselleria”And“ thus speed up the updating of all the schools and IES in Benidorm ”. Moreno recalled that “the City Council has already accepted the first call for the ‘Edificant Plan’ to build a new multipurpose building for the CEIP Leonor Canalejas and the Adult Training Center”; a work of which the local administration has been commissioned and that will culminate shortly.

On this occasion, there will be four improvement actions indicated by the Ministry itself, through a letter from the Territorial Service of Educational Infrastructures last May, in addition to other 16 detected by the City Council and / or reported by the centers themselves o School Councils and that “are also necessary in order to offer the educational community of Benidorm the best facilities.” The actions included in the motion refer to CEIPs Aitana, Ausiàs March, El Murtal, Els Tolls, Gabriel Miró, Mestre Gaspar López, Miguel Hernández, Puig Campana, Serra Gelada and Vasco Núñez de Balboa; as well as the Pere Mª Orts i Bosch and Mediterránea IES, and the Official Language School.

With everything, in plenary session, The PSOE precisely reminded the PP government that the Ministry of Education has already advanced that tender of the works of Pere María.

In addition, the plenary session on Monday also served to unanimously approve what will be the services of the beaches for the months of July, August and September. Thus, the rescue, first aid and cleaning services will be expanded, while the rental of hammocks and umbrellas is recovered, having “agreed” the placement of a maximum of “3,500 daily hammocks”, out of the more than 6,300 provided for in the contract, about 50% less. These hammocks already began to work last Saturday in various sectors of the beaches of Benidorm. The same day the division into 4×4 meter plots that had been in operation since last March was also withdrawn. However, the opposition pointed out in plenary session that some issues should be reviewed. For example, Cs indicated the possibility of modifying the sectors destined to hammocks to be able to leave more room for bathers in certain areas such as Rincón de Loix.

Also unanimously approved the tender to convert and allocate the disused part of the Mercat to supermarket activity. With the vote of all the groups, an Institutional Declaration of the Board of Spokespersons has been approved. on the occasion of the International LGTBI Pride Day, which is celebrated today. In this Declaration, the City Council “strongly condemns any discrimination against LGTBI people and their fundamental rights, including incitement to hatred”; and recalls “the importance of taking concrete measures to put an end to this discrimination.”

With the unanimous vote, the detailed study has been given the green light to allow increase by two levels a building for parking lots and basements at the confluence of Ondulada and Santa Cristina streets. The Councilor for Urbanism, Lourdes Caselles, explained that during the public exhibition process no allegations have been received regarding the detailed study or the agreement establishing the compensation to be made by the property for this increase in heights and that it has been set at 12,808.73 euros. This amount, he has specified, will be used “to improve the accessibility of this area based on the preliminary draft prepared by municipal technicians.”

Also with the vote of all those present, it has been approved initially the Regulation of Municipal Economic Benefits of Social Emergency (PEMES) which will regulate the requirements and procedure for granting these grants, complementary to the Individual Economic Benefits (PEIS). The mayor of Social Welfare, Ángela Llorca, explained that these PEMES have been revealed as necessary due to the extraordinary situation experienced since the outbreak of the pandemic and that has caused that “the subsidy of the Ministry for the PEIS runs out in the first months of the year, with the City Council having to increase the appropriation to be able to attend to the situations of need of families and people at risk of exclusion ”.

By majority, a extrajudicial credit recognition for the amount of 7,788.98 euros Relating to an invoice from the General Society of Authors and Editors (SGAE). In the same session, an error detected in a plenary agreement of last May was noticed; as well as a ruling from the Supreme Court regarding the former concessionaire of the blue zone –Park Control 2000 SL-, and another from the Administrative Contentious Court number 1 of Alicante on an appeal filed by Fomento de Construcciones y Contratas (FCC). Regarding the last sentence, by majority it has been agreed not to appeal the judicial decision based on the reports issued by the legal technicians.

By majority, a motion of the municipal group of the Popular Party to urge the Government of Spain to adopt measures to prevent the economic effects of the increase in the price of energy. On the other hand, unanimously and on the proposal of the municipal group of the PSOE, it has been approved that “the official website of the Benidorm City Council offers in a simple and updated way the data and documents required by law 19/2013 on transparency, access to the information and good governance and that these are duly updated ”. The agreement also includes the inclusion in the Transparency Portal of all the data indicated in article 9 of the Autonomous Transparency Law. Although the socialists criticized that the PP government team has “knocked down” a part of that proposal that proposed allowing municipal groups access to entry and exit registration seats municipalities through electronic platform. Martínez has pointed out that access to these registry entries “is key to being able to oversee administrative documentation and control important matters that affect the City Council.” In this sense, he remarked that “voting against this proposal means putting obstacles in the way of the opposition, cutting off access to information and being against transparency.”

By means of urgency, a motion of the municipal group of the PP has prospered Relating to the pardons of those convicted by the Procés. By a large majority, the Corporation has shown “its unconditional and absolute support for the Constitution and the rest of the Spanish legal system as guarantors of the integrity and unity of the nation.” In addition, by majority, there has been “unwavering support” for the work of the courts of justice, especially the Supreme Court; and the pardons approved by the Government of Spain in relation to the Procés have been condemned.

Also by majority, the resignation of President Pedro Sánchez and “the immediate calling of elections” have been demanded for “having breached” his “constitutional oath” and having “deceived the Spanish people.”