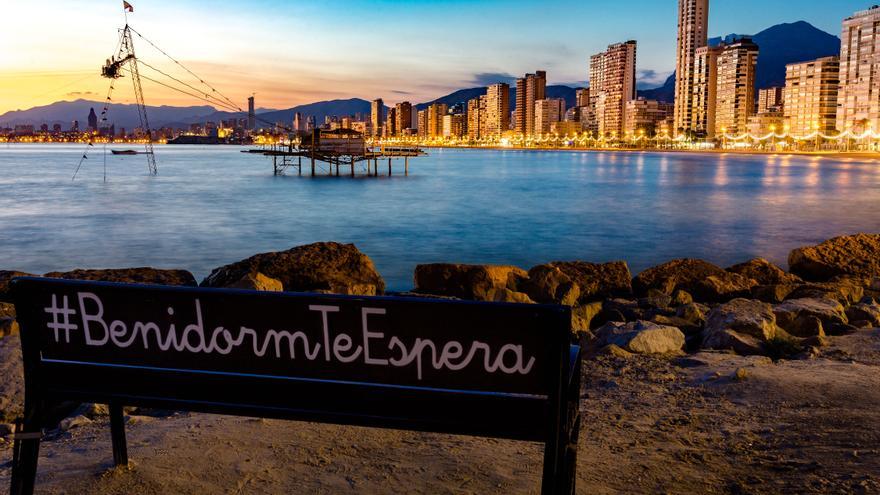 Broadly speaking, he stated, “obtaining the requested funds and being able to deploy all the actions included in ‘Benidorm Vision 360’ will allow us to advance on the path opened in recent years to continue gaining tourist competitiveness, to promote sustainable and intelligent development in the territory, protect society from the economic crisis, and advance in adaptation to climate change and the green transformation of Benidorm towards a climatic neutrality of the tourist activity ”.

The mayor has stressed that “it is a powerful and ambitious project, in which we wanted to go far beyond the 5 million euros of minimum investment required by the call for applications in the destination category of ‘Sun and beach very internationalized ‘, a modality in which Benidorm is the only municipality in the Valencian Community that can attend ”.

Toni Pérez explained that “this call, for which the Secretary of State has reserved 1,858 million euros to invest in the next 3 years, is financed entirely through European funds, the coveted Next Generation UE”. Thus, if selected, Benidorm would not have to provide its own resources for the development of this project, which proposes 19 actions around four axes: Green and sustainable transition, Improvement of energy efficiency, Digital transition and Competitiveness.

As detailed by the mayor, the axis ‘Green and sustainable transition’ concentrates 45% of the investment planned in the project -something more than 3.5 million euros- and includes actions of adaptation to climate change of the destination according to your strategic plan or landscape restoration of the pedestrian walkway on Poniente beach.

For ‘Improvement of energy efficiency’, 24% of the investment is set, with projects such as the renewal of the Levante beach catenary: while the ‘Digital transition’ section has 15% of the investment, some 1.2 million. Among the actions proposed in this area is the revitalization of the tourism sector through the digitization of tourism businesses and businesses, or the implementation of ‘chat bots’ for communication and access to resources and services.

Finally, in the ‘Competitiveness’ category, actions amounting to 1.3 million euros are proposed, among which are the improved accessibility in transport and museums, the rehabilitation and enhancement of l’Hort de Colón, or the implementation of a self-diagnosis tool to know the degree of development of the accommodation sector with regard to digital transition, energy efficiency and circular economy.

The ‘Benidorm Vision 360’ project has already gone through a participation phase in which it was exposed to the Visit Benidorm Foundation, to business associations (Abreca, Aico, Aptur, Avibe and Hosbec); to Turisme Comunitat Valenciana and the spokespersons of the political groups of the Corporation to make contributions to the document.

After that consultation phase, with a completely favorable opinion of the project, it will now be Turisme Comunitat Valenciana who determines that the project is within the parameters to qualify for the European grant, for which it must report in November. The Ministry of Industry, Commerce and Tourism will also pronounce itself later.

The mayor has underlined that “we are convinced that ‘Benidorm Vision 360’ is a well thought out project that meets all the requirements to, as happened in the first call, meet all expectations and have the support of the Ministry and the consequent investment ”.