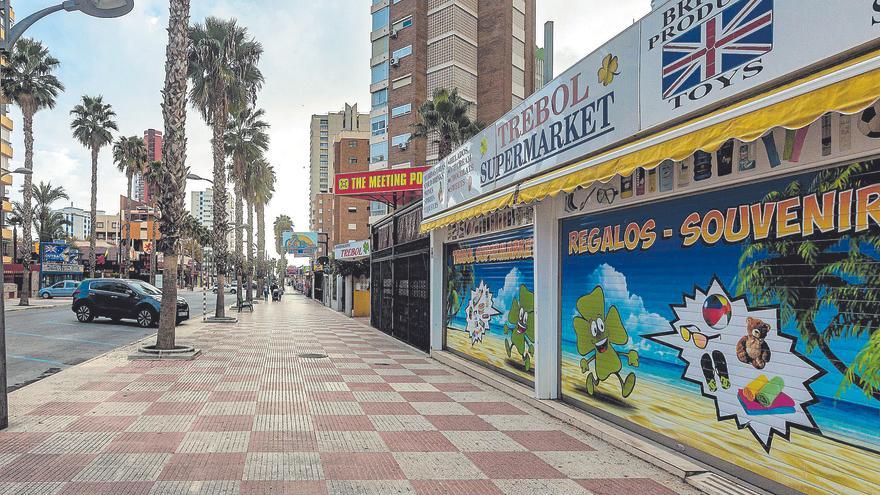 Benidorm, Torrevieja Y Orihuela get a cumulative incidence cases of coronavirus in the last 14 days below 100 per 100,000 inhabitants, which is the figure from which experts consider the situation worrisome. Specifically, Orihuela has a cumulative incidence of 49, Torrevieja of 51 and Benidorm of 78. All of them also have managed to slightly reduce the cases compared to last Tuesday, according to the data provided by the Ministry of Health.

By cons, three other of the ten main municipalities of the province, Elche, San Vicente del Raspeig Y Dénia increase their cumulative incidence in the last three days. The case of Elche is particularly noteworthy, which cannot clearly bend the curve of this second wave and stands at 229 cases per 100,000 inhabitants, when at the end of October, the date on which more restrictive measures were taken, rate was 260 cases.

In the case of Alicante, its cumulative incidence rate reaches 176 cases per 100,000 inhabitants and falls fifteen points with respect to the last update. It is not a great decline, but at least it does not rise, in line with the general stagnation of the province.

Within the ten Alicante cities with the most population, Elche, Alcoy and Elda are located above 200 cases per 100,000 inhabitants, although in the case of Elda, whose incidence soared, it should be noted that thanks to the restrictions it has managed to reduce its cumulative incidence by 154 points compared to the previous one.

The Public Health expert and professor at the University of Alicante (UA) José Tuells highlights the downward trend of the pandemic in the province and downplays the fact that it is slow. «The important thing is the trend and this is positive with a decrease in the number of cases and hospital admissions. The decline in the curve does not have to be homogeneous everywhere, among other issues, because it is possible that the circumstances that led to the rise are not either ”, explains this expert. “The more the data is disaggregated – in the sense of observing each municipality instead of the province as a whole – the more casuistry appears,” he argues. Therefore, “we must stay with the trend of the province and, in any case, of the large cities to know the situation and try to control it.”

The teacher stresses the need to maintain the trend «for what it is necessary that the population comply with the recommended measures, especially in the face of Christmas and during the holidays, so as not to have to regret another rise in infections».

On the other hand, nine people have died in the province from covid in the last 24 hours, according to data provided by the Ministry of Health. Alicante registers 474 new cases of coronavirus -63 less than on Thursday- and another positive fact is that hospital admissions fall to 300, from the 312 that were in the last update. In addition, just two weeks ago the figure was over 500. At the moment there are 81 people admitted to the province in the ICU, one more than on Thursday.

Since the last update, 1,626 discharges to patients with coronavirus have been registered. In this way, there are already 112,571 people in the Valencian Community who have overcome the disease since the pandemic began. By provinces, 38,548 in Alicante, 12,784 in Castellón and 61,179 in Valencia. In addition, there are 60 unassigned discharges.

There are currently 11,268 active cases, representing 8.91% of the total positives.

On the other hand, a total of 31 deaths from coronavirus have been registered since the last update, so the total number of deaths is 2,581 people. The province already reaches 929 deaths with the nine counted yesterday, while a total of 341 people have died in the province of Castellón and 1,311 in that of Valencia.

The Valencian Community registers a cumulative incidence of coronavirus in the last fourteen days of 200 cases per 100,000 inhabitants. The Community is thus placed as the eighth autonomy with the best data, that is, in the middle of the table. Andalusia, the Canary Islands, Catalonia, Extremadura, Galicia, Murcia and Navarra are better. The one with the highest rate is the Basque Country, with 275 cases per 100,000 inhabitants. At the beginning of the week Asturias and the Basque Country were above 300 cases, a figure that now does not reach any autonomy.

59% of municipalities outside the danger threshold

In the province, 59% of the municipalities have a cumulative incidence rate of 100 cases per 100,000 inhabitants or less. This is the ideal situation, as you are in a pandemic control zone. Apart from Orihuela, Benidorm and Torrevieja in this list are also Mutxamel, Rojales, Guardamar del Segura, Altea, Pilar de la Horadada, Finestrat, Bigastro and San Fulgencio, among others. And as a curious fact, the fact that 19 towns in Alicante have not had a single case of covid since the pandemic began. They are small inland municipalities such as Benasau, Beniardà, Benigembla, Benifato, Bolulla and Quatretondeta.